Is Temple Mount In Our Hands? 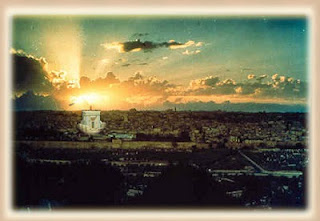 I had one of those rak-ba’aretz (only-in-Israel) moments this morning, Yom Yerushalaim (Jerusalem Day), as a friend wound down his car window (if such an expression still exists?) outside the local school, as we both dropped off our kids.

He had a thought-for-the-day, which he shouted through the window to share with me, and which I share with you.

The famous historical announcement in 1967, that “Temple Mount is in our hands!” – contains both the excitement and miraculous glory of the Israeli victory in the 6 Day War – and the jaundiced skepticism born of 20-20 foresight.

Yes, Israeli troops successfully reunited Jerusalem under Jewish sovereignty, for the first time in two millennia – in a victory which had military historians gasping, and unsuccessfully seeking precedents. Six days; Jordan, Egypt and Syria’s armies were crushingly defeated. Only the Bible provided precedent. God was clearly fighting for Israel.

But within hours of the Israeli victory, the Temple Mount itself was handed over by the Israeli political authorities, to the Moslem Wakf.

And forty-three years later, our chances of rebuilding the Temple on Temple Mount seem as remote as ever.

My friend shouted to me: “Don’t read “Har Bayit Beyadainu” – “Temple Mount is in our hands” – but “Har Bayit BeYADEINU” – “the potential for rebuilding the Temple is in OUR hands”.

In other words, the military victory, which God handed to Israel, in full Biblical tradition – was to enable us to rebuild the Temple, should we choose, and should we be worthy.

For forty-three years, the whole world knows Israel has the military power to start rebuilding – but do we have the political will and the spiritual strength?

Rebuilding the Temple, a Third Temple, is Beyadainu – is indeed in our hands.
third temple