Showing posts from December, 2013
Show All

In Israel We Trade Terrorists At Wholesale 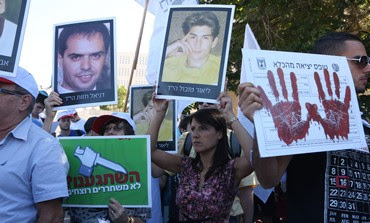 The concept of trading convicted murderers for..well, for anything... is an Israeli innovation. Israel routinely trades convicted terrorists for Peace; terrorists for Talks about Peace; and terrorists in return for Israeli hostages, alive and dead. Even for Ramadam - Israel routinely releases convicted terrorists. In the current phase, Israel is trading three batches of convicted murderers for building permits in Judea and Samaria. This is apparently some kind of good-will gesture to the Palestinians, to help negotiations along, either with or without the tacit approval of the USA. The USA and Europe certainly go through the motions of strongly objecting (to the building, of course!). Each time Israel releases terrorists, there are emotional & outraged appeals from the families of the victims of these murderers, demonstrations and protests from the Right Wing block, and redundant trips to the High Court - which has never, to my knowledge, over-ruled these clear violatio
Post a Comment
Read more

In a revolutionary decision, The Jerusalem District Court overturned the October Municipal elections in Bet Shemesh. There will be new elections, both for the mayor and for the city council. The court evaluated evidence of widespread and organized voter fraud - and concluded that the democratic process had been undermined, to the extent that the election results, with less than 1000 votes separating the winner, Moshe Abutbol, from contender Eli Cohen, are invalid. This is the culmination of a two month legal process, which was sparked by the discovery by police of large quantities of ID cards in a private apartment in Beit Shemesh, and more ID's in a vehicle, on election day - and the arrest of eight residents. The criminal investigation was handed over to the national organized crime unit - and a large, well organized voting scam was revealed. The scam included organized collecting of ID cards, particularly of residents who were not planning to vote, such as they would be
6 comments
Read more

There is growing public outrage about Rabbi Chasim Druckman's decision to continue employing convicted child sex offender Rav Motti Elon as a teacher in Yeshivat Ohr Etzion. The major media outlets in Israel are reporting the story, including articles in Maariv (pictured above) and Haaretz, as well as reports on Israel TV and radio. A protest Facebook page has been established called "Supporters of Victims of  Rav Elon". Rabbi Chaim Druckman is a winner of the Israel Prize, for his lifetime's achievements, is the spiritual head of The Bnei Akiva Youth Movement, and head of the Ohr Etzion Yeshiva. The rabbi is held in esteem in the National Religious world, as well as in the wider Israeli society. Rabbi Motty Elon was the disgraced head of Yeshivat Hakotel, and in his hey-day was a renowned religious leader, with his own TV show and his weekly lectures were broadcast live on national radio. Amid intense media interest, Rav Elon was convicted in August 2013 on
Post a Comment
Read more

Rav Motti Elon Sentenced - Should This Man Teach My Kids?

Rav Motty Elon was sentenced today to six months community service and a 15 month prison sentence on probation for three years. He was also fined 10,000 NIS as compensation for the victim. Rav Elon was convicted in August on two counts of sexual assault on a minor. Rav Elon's response, outside the court, was to call the allegations/charges/conviction "lies" - and he said he welcomes the community service order -  "I've been doing community service for 40 years, and I would love to do so until I'm 120."   This was the culmination of a public process which started on 15th February 2010, with an announcement censuring  Rav Elon on the Takana website; the 'private' process, within Forum Takana, began several years previously. Takana took the dramatic step of publicizing the "substantial allegations" against Rav Elon, because Rav Elon had broken an agreed behavior protocol, by continuing to teach. At that time, the allegations re
Post a Comment
Read more

My Family In A Storm 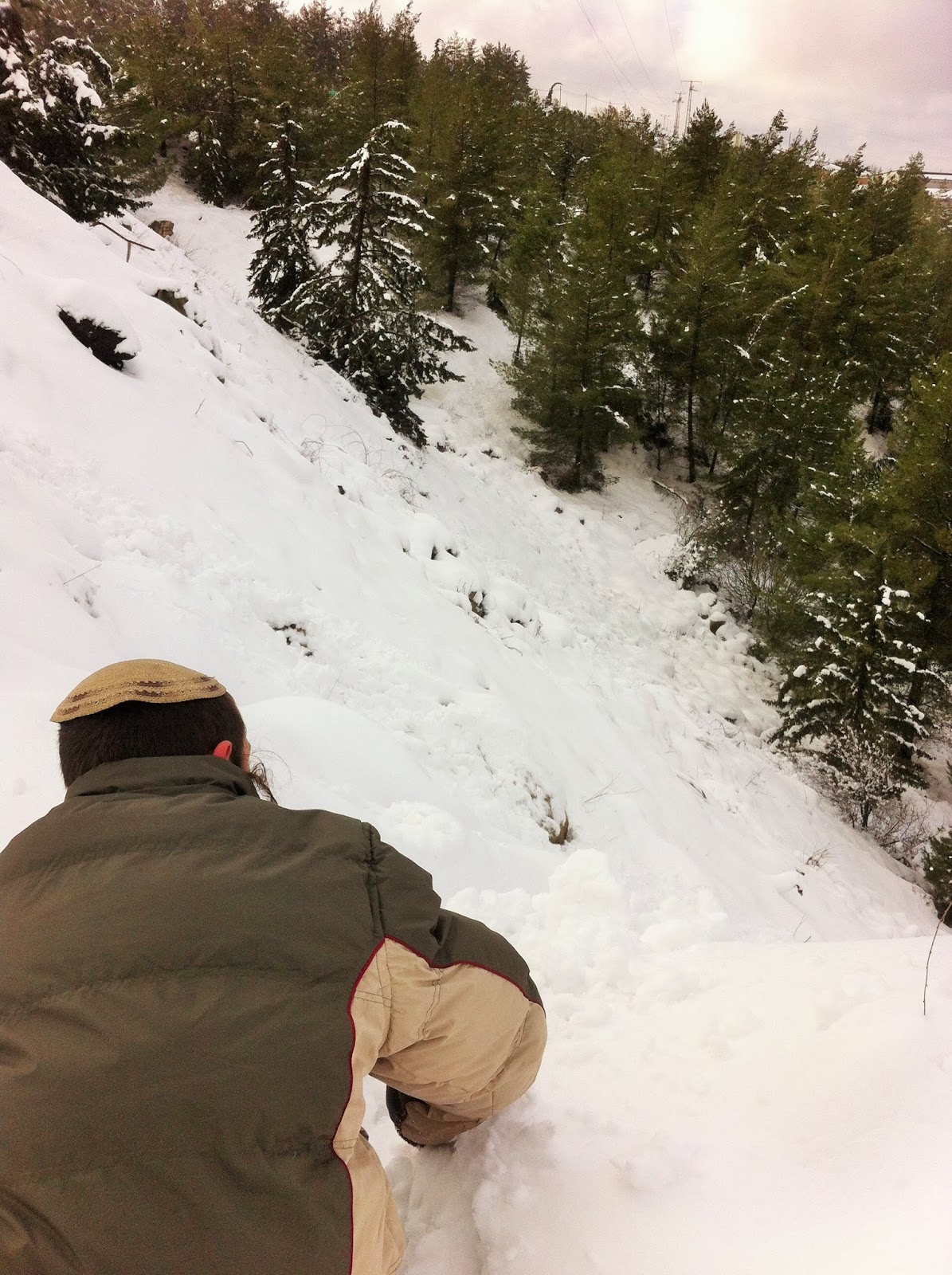 Everyone has their story about the once-in-a-century storm which hit Israel this past week. Me too. On Wednesday, the eve of the storm, my family were dispersed in Kiryat Arba (Shira); Adai Ad (Avital) & Achiya (Raphael) - these are two villages near Shilo; Jerusalem (Yonatan); and Beit Shemesh (rest of family). Avital decided to stick it out in Adai Ad - and indeed is still there, without electricity or flowing water. All roads are cut off. They have a wood burning fire, and plenty of stocked logs, and sound cheerful enough on the phone. Except their cellphone batteries are dying! Shira and her husband came down from Kiryat Arba to Beit Shemesh so that they can be within reach of a hospital if needed - Shira's in her ninth month! They're well settled and we're enjoying their company. Raphael and his wife decided to bolt from their rather flimsy caravan in Achiya to Beit Shemesh - and made it as far as Jerusalem, where they were trapped as the roads clo
Post a Comment
Read more

December 11, 2013
I found Barack Obama's speech yesterday, in tribute to the life of Nelson Mandela to be epic, moving, personal, inspiring. I thoroughly recommend sitting down with a hot-chocolate (given the weather here!) to watch the full speech. The Chief Rabbi of South Africa, Warren Goldstein was actually the first speaker at the Mandela memorial event in Johannesburg. He spoke excellently, drawing the analogy between Joseph and Mandela. Imprisoned and betrayed; freed from prison to be national leader; forgave the sins of his brothers, and built a joint and better future. (Can anyone find a video of R.Goldstein's speech/devar torah?)
Post a Comment
Read more

MK's in Jo'berg for the Mandela Funeral Some funerals are diplomatic events. Mrs Thatcher, Yitzhak Rabin, Ronald Reagan.... These are events which feature on the international diplomatic calendar, even though the dates are not known in advance (unless you believe the conspiracy theorists). Literally dozens of world leaders attend, and there are opportunities for favorable international PR, as well as behind the scene deals and covert discussions. Much like a G20 summit meeting, the World Economic Forum Meeting in Davos, or a UN General Session in New York. Nelson Mandela's funeral today was such an occasion. 90 heads of state were in attendance from every country imaginable. All these people, by definition, have packed schedules of important commitments, and yet they were able to clear their diaries, arrange logistics, and turn up in Jo'berg for the funeral spectacular. Not Israel. President Peres reportedly had a bout of the flu - which at 90 is no
Post a Comment
Read more

Rabbi Stulberger: When A Teacher Is Accused of Molestation

By The River Jordan - Chanuka 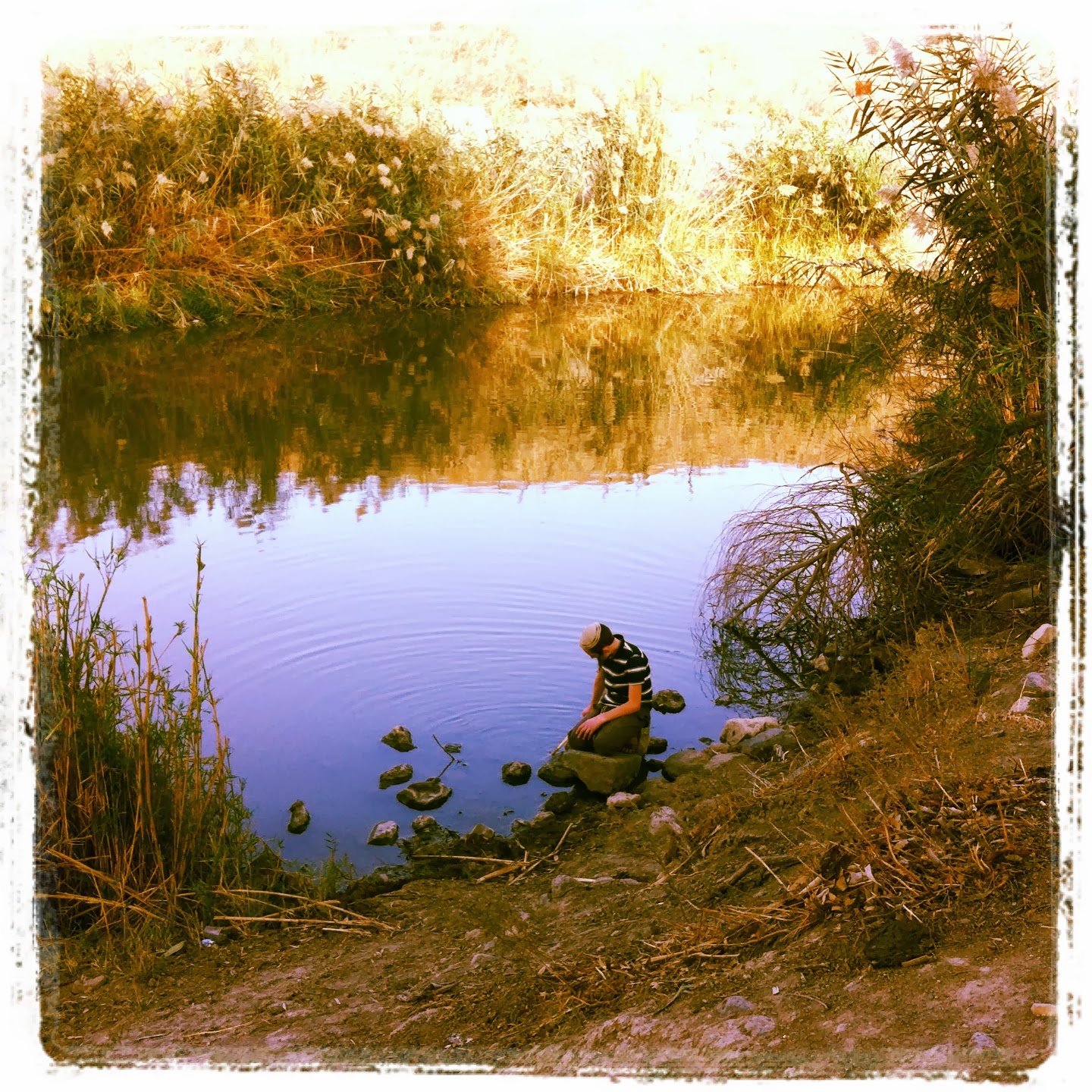 The Beit Shemesh Spit That Wasn't?

December 05, 2013
(Video Credit: Bruce Dov Krulwich) Beit Shemesh rose to international notoriety during Chanuka 2011, with a TV documentary hosted by then TV journalist Yair Lapid. During the documentary, we are introduced to a very scared 7 year old girl, Naama Margolise, who refused to go to Orot girls school in Beit Shemesh, due her being harassed by extremist ultra-orthodox protesters ("Kanoim"). In addition, we see a national religious woman being spat at by an extremist ultra-orthodox man. The central issue in dispute during that period was the attempted land-grab at Orot School, a national religious designated girls school located on the seam between the national religious and ultra-orthodox communities, by a group of extremist Kanoim. The image of Naama Margales became a symbol, overnight, of the struggle for peaceful neighborly relations in Beit Shemesh, respect for the law, and against the alleged 'free-hand' policy of the city towards hundreds of out-of-control Ka
13 comments
Read more 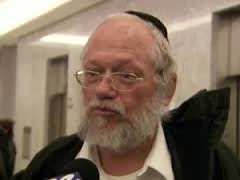 Rabbi Nuchem Rosenberg is currently in Israel, and he invited me to join him on a patrol in Beitar Ilit. Rabbi Nuchem Rosenberg is a child protection activist who operates mainly in the chasidic communities of New York. Rabbi Rosenberg reached national prominence in the USA during the trial of Nechemya Weberman - who enjoyed wall-to-wall support from his Satmar community in Williamsburg, and then was convicted of multiple counts of raping a young female 'counseling' client, and sentenced to a whopping 103 years imprisonment. Rabbi Rosenberg became the go-to-guy for the press, including CNN, wanting to hear the exposed truth about Weberman, from an insider of the Satmar community.   Rabbi Rosenberg's target for the evening in Beitar was Moshe Zecharye (Chazarye) Yoel Rosenbaum. Rabbi Rosenberg has a thick file documenting the allegations against Rosenbaum, including court case reports - and claims he bolted from New York, and is now a respected rabbi/admor in Beitar
Post a Comment
Read more

Birds Migrating Over the Lower Galilee

December 03, 2013
On a family trip to the lower Galilee, south of the Kinneret, we saw wave after wave of migrating birds. We don't know what type of birds. Any idea? Also, they were heading NORTH, which seems strange, as shouldn't birds be heading South for the Winter?
Post a Comment
Read more

What Did See in the River Jordan?

December 03, 2013
Yesterday, our family visited the Jordan River, near Gesher. We spotted what initially looked like a large stick floating quickly down the river. We reckoned it was an otter ("Lutra" in Hebrew). Otters are apparently very rare in Israel, with only a few dozen having survived the ravages of pollution and roads. What do you think - is it an otter, or something else?
Post a Comment
Read more
More posts