Showing posts from November, 2013
Show All

In a dramatic development, two appeals were submitted to the Jerusalem District Court in Jerusalem today Wednesday) - to overturn the Beit Shemesh municipal election results of 22nd October. Beit Shemesh incumbent mayor Moshe Abutbol responded to the appeals by stating "these people have no respect for democracy", pointing out the he had won the election - and this should be respected by all parties. After months of contentious and heated political campaigning between incumbent mayor Moshe Abutbol and challenger Eli Cohen - the election count showed only 950 votes separated the two contenders. Even more dramatic was the arrest of eight ultra-orthodox men, on election day itself, and the discovery of over 200 identity cards in two apartments, and in a vehicle, in the city. Eli Cohen has since put together an investigation team which has worked closely with the authorities to discover the extent and nature of the election fraud - with the expressed aim of appealin
2 comments
Read more

All Eyes Off Egypt

Egyptian President Mansour meets with top Russian ministers While most of us have been watching the dramatic Iranian/Western rapprochement, the sands are shifting in again in Egypt. Following the successful coup d'etat against Mohamed Morsi's Muslim Brotherhood Government in July this year, the secular military Government, under the leadership of Adly Mansour has dumped some past friends, and headed into a new romance. For Western democracies, the Morsi election was always a conundrum. On the one hand, they were alarmed that the Islamic brotherhood had finally obtained power in Egypt, reminiscent of the Iranian revolution in 1979. On the other hand, there was no denying that democracy had had its say. However unpalatable. The Obama administration responded to the dilemma by cutting $260m/a US military aid to the new Government in Egypt, even though $1.5 Billion/a aid was a central part of the Camp David Accords of 1978. Last week, Egypt entered into high level
Post a Comment
Read more

November 20, 2013
For the past week, the Israeli press and social media have been abuzz about a "famous singer" who is under police investigation for having sexual relations with under-aged girls. Today, the gag order was released, and the singer's identity, already extensively circulated on the unofficial media, Eyal Golan, has been published. Eyal Golan, 43, is probably Israel's foremost "mizrachi" style singer, and performs to packed crowds in Israel and in Jewish communities abroad. The allegations reportedly include that Golan had relations with 15 year old girls, allegedly pimped by Golan's father. Furthermore, a second singer, whose name has not been released, is also apparently facing parallel allegations. Sex with a minor under 16 constitutes statutory rape in Israel. One of the girls who reportedly entered into a relationship with Eyal Golan at the age of 15, was interviewed by Yediot Achronot this week. The girls is now 17. She said in the interview t
Post a Comment
Read more

Bet Shemesh Mayor Jumps Out Of The Pot

Moshe Abutbul - "No Gays in Beit Shemesh" Rapidly turning into a theatre of the absurd, Bet Shemesh' newly re-elected mayor has jumped right into more trouble. In parallel to the series of damning reports about abusive election practices which may have enabled Moshe Abutbul to earn his second term in office as mayor, two new reports were published over the weekend. The most popular, was a six minute piece by Shay Stern on Channel 10, which uses confrontational cynical humour to draw out interviewees, and focused on Bet Shemesh. Stern interviews Eliran Cohen, an openly gay man who lives in Beit Shemesh. Liron states that there are (of course) many other gays in Beit Shemesh; furthermore, Eliran says he personally knows Moshe Abutbul who is well aware of Eliran's orientation for many years. In Stern's interview with Moshe Abutbul, he claims "there are no gays in this pure and holy city" and that if there were, "they would be dealt with by
3 comments
Read more 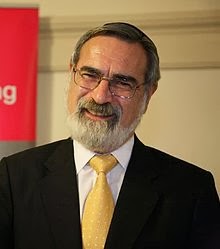 Lord Rabbi Jonathan Sacks visited Beit Shemesh With the news so full of negative revelations  & allegations about Beit Shemesh - it was a great pick-me-up to hear Lord Rabbi Jonathan Sacks, the retired Chief Rabbi of the UK & Commonwealth, speak last night at the Feigenson shul in Nofei Aviv, a community of English speaking immigrants in Beit Shemesh. I knew that this was not going to be an Israeli-style spontaneous bustling first-come-first-served event, when we were required to book online, with email reminders and clear instructions about location, parking, timing et al. The organisers were clearly organised. I had the privilege of attending a classy reception beforehand with Rabbi Sacks, and had my few seconds of face-time, introduced to Rabbi Sacks by host & fellow Brit, Jacob Jackson. MK Rabbi Dov Lipman was also there, his US origins notwithstanding, and engaged Rabbi Sacks in a private discussion in a side room. The Feigenson shul was packed to the rafters
Post a Comment
Read more

Why IS Ploni Taking Such An Interest In My Child? 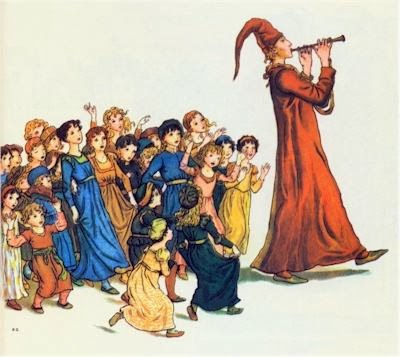 If you reminisce back to your school/student days, you can probably think of a specific adult who had a profound influence on you and helped you overcome your growing-up challenges. There are some particularly gifted and wonderful people who are able to bridge an age gap, and thereby positively engage with someone who is even many years their junior. Such people can apply this talent to working with kids and youth in a professional context, and can become the most positively influential forces upon the minds and souls of their young charges. The world is undoubtedly a more amazing and caring place, for these special people who can bring the wisdom of age, to those youngsters who can most benefit by this. HOWEVER... There are also other individuals, who target children & young adults for the ultimate purpose of satisfying themselves. Some sexual abusers will devote enormous efforts to preparing a child for abuse, in such a way that the child will least resist, and the
1 comment
Read more 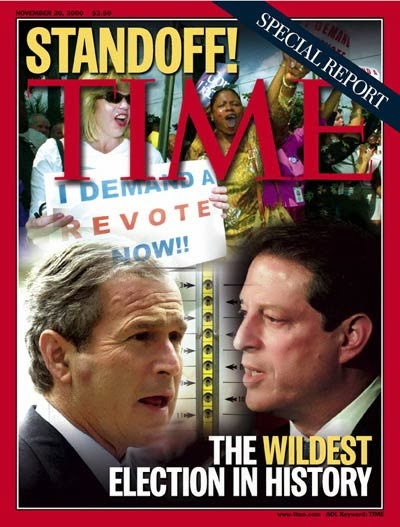 Frankly, Beit Shemesh cannot compete with the neck-and-neck US elections of 2000 - between Bush & Gore. For an election by over 100,000,000 US voters to be decided by just 537 solitary votes in Florida, was astounding. A statistical and historical feat which cannot be repeated. It took from the election date of 7th November to the final Supreme Court decision on 12the December for the final result, the Bush victory, to be absolutely final. However, that unprecedented 2000 US election aside, the Beit Shemesh municipal elections are probably the most contentious I have known. The municipal elections were on 22nd October and two weeks later, no-one knows if the game in Beit Shemesh is over, with just 930 votes separating the election day victor Moshe Abutbol, from contender Eli Cohen. Beit Shemesh' equivalent to the hanging, dimpled, or pregnant chad of the malfunctioning voting machines in Florida - is election fraud. For example, there were over 800 invalidat
18 comments
Read more
More posts