Showing posts from March, 2014
Show All

Cleaning Up Corruption - One City At a Time

The historic conviction of Ehud Olmert, the Mayor of Jerusalem at the time of the offenses, and subsequently Israel's Prime Minister, together with eight other officials in Tel Aviv District Court, by Judge David Rozen, is a landmark for the rule of law in Israel. The message, which also came through clearly in the conviction of the ex-President Moshe Katzav on rape charges, in the very same court-room in 2011, is that no-one is above the law in the State of Israel. The cleaning up of corruption in Jerusalem, where the Holyland development is located, which was the building project which generated millions of dollars in bribery payments, is an important step in cleaning up that municipality which Judge Rozen described as "deeply corrupt and corrupting". This message is especially important, including in other municipalities around the country where city leadership can see themselves as immune to the rule of law. Unfortunately, contempt by the leadership for t
6 comments
Read more 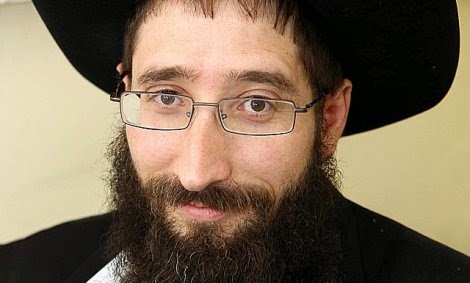 David Bruckner, known as David Hachakian/The Impersonator Kikar Shabbat has reported that popular children's entertainer David Bruckner, better know by his stage name "David Hachakian" ("David The Impersonator") is struggling to continue performing for children. Bruckner  was convicted in 2012 of a series of indecent acts against a 12 year old boy, and sentenced to 7 months imprisonment. On at least two occasions, Bruckner paid off the boy, after molesting him, with gifts and cash. As is usual with such sex offenses, Bruckner underwent a clinical risk assessment, and he was found to be medium-to-high risk to the public. The judge who tried him highlighted the extra risk that, as a children's performer, Bruckner has access to numerous children. Now Bruckner has completed his sentence, he is working again as a children's performer. This has been permitted by the court, with certain conditions, such as that his performances must always be in
9 comments
Read more

Should Subject of Crime Allegations be Named?  Update: Since the time I wrote this article (on the morning of 24th March), Silvan Shalom has been revealed to be the previously unnamed "important Minister", then subject to a gag-order. The various issues raised in this article about such gag-orders are still of interest.   Allegations against an unnamed "important Minister" have generated debate in Israel. The unnamed Government Minister is apparently the target of allegations of sexual misconduct, brought by the alleged victim, reportedly who was an employee of the Minister. These events are alleged to have taken place around 15 years ago. This case has raised several issues: 1. Statute of Limitations - if the events took place 15 years ago, this would be beyond the statute of limitations, which in Israel is 10 years for such offenses. On the face of it - it's not an open-and-shut-case. It's simply shut. Even if it is beyond the statute of limi
4 comments
Read more

Why Child Abuse Victims Don't "Just Get Over It"

By kind permission of Bracha Goetz It is hard for many at our seder tables to imagine what it must have felt like to experience the abuse perpetrated on the slaves in Egypt.  And it is hard for many others at the very same seder tables to imagine what it must feel like to be set free - because they do not remember how freedom tastes.  That’s because childhood abuse can have an unfathomable power over people so that they remain enslaved throughout their lives. Adults who have been abused as children usually find it much harder than others to trust in God.  They feel like G-D abandoned them, in addition to all the other adults who didn’t protect them.  It’s impossible to understand the big picture of why the agony of abuse ends up in so many people’s lives, just as it is impossible to understand the abuse suffered when we were slaves in Egypt.  What is not impossible, though?  Helping our family members and friends who are survivors of abuse to not feel abandoned by us as well.
4 comments
Read more

The idea of splitting Beit Shemesh into two municipalities is gaining traction. Richard Peres, the Beit Shemesh city councilor, has been an outspoken advocate for splitting Beit Shemesh, for at least ten years. When I first heard the idea from Richard, I felt that this otherwise grounded veteran politician, was losing his touch with reality. The idea seemed far too fetched to have any practical application. The highly contentious re-called municipal election campaign is now over, and Moshe Abutbul the incumbent mayor, has been re-elected, if by a wafer-thin majority. Furthermore, the mayor now has a workable majority coalition, with 10 of the 19 councilors firmly allied with Abutbul. Rather than licking their wounds, and taking time off to recuperate from the double-campaigns in October 2013 and March 2014, the zionist camp, now in opposition, are directing their energies to reviving the dusty plans to split the municipality into two. The plans proponents are claiming t
23 comments
Read more

Give Your Matanot Le'evionim Even In The Rain! Now Updated for the Sun!!

UPDATE: Purim: Since my posting at the end of last week - the Sun Has Come Out in Israel! And you can STILL conveniently donate online to Lema'an Achai's Matanot Le'evionim campaign! www.lemaanachai.org to Click Here to Do Your Part to fill in the details Apply my donation to this project: drop down window chose either: Smart Matanot Le'evionim - half of your donation goes out on the day of Purim, while half is used to rehabilitate needy families. or Regular Matanot Le'evionim - 100% is distributed "bo bayom" to over Two Hundred needy families on Purim Day. Until 3pm Israel time, you are yotzei by all the deot. After 3pm you are still yotzei by "breira".  Any hitches - feel free to email me at david@lamaanachai.org Israel is blessed with some long awaited rain! This makes it more challenging to prepare for Purim... So you can make your life easier and "mehudar" by giving Matanot Le'evinim to aiding and re
1 comment
Read more

In the universal contest between the blues and the reds, one side will invariably win, the other lose. When the reds win, it's not easy or comfortable for the blues. It's a phenomenon known to us all - being on the losing side. After the most arduous, contentious, long running and unusual municipal election campaign in Beit Shemesh, the chips fell where they did last night - and the incumbent mayor Moshe Abutbul was re-elected, if by a wafer-thin margin of several hundred votes. My man, Eli Cohen, called Moshe Abutbul to congratulate him on his victory, and Eli acknowledged his defeat with dignity. I also congratulate Moshe Abutbul and his many many supporters in Beit Shemesh on their victory. They worked hard, played hard, and they should enjoy their victory! I feel like the morning-after-the-night-before - a bit dazed, tired and yes, of course, disappointed. Someone who experiences defeat without any pain (sadness, dismay, disappointment) is simply not human
6 comments
Read more

Does The Body Language Tell The Story? 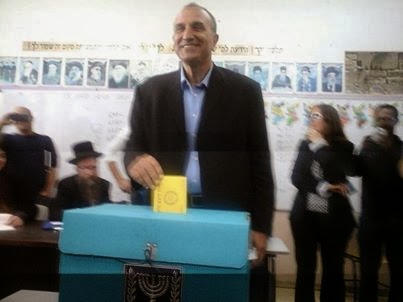 Rav Chaim Soloveichik I am not expressing my thoughts in order to let people know for whom I intend to vote. I believe that for whom one vote’s is a personal decision. I signed a letter in support of a specific candidate merely in order to convey that one may feel free to vote for the candidate whom one sees as being the better one. This is not my personal chiddush, but the Mesorah that I received from my father, HaRav Aharon Soloveichik, a Gadol who had the respect of the Gedolim from the previous generation. I am dismayed by the behavior of the perceived Torah community. Let me be clear. this election campaign did not become a religious conflict as a result of the actions of non-observant Jews. A war has indeed been waged by the same people who tout the values of Torah and Shabbos. The current campaign started with signs about להקהל ולעמד על נפשם  , implying that the elections in Bet Shemesh are similar to the war against Haman and his cohorts from the days of Mordechai. W
4 comments
Read more

Why I'm Switching My Vote

The Beit Shemesh Re-Called Election which will be held this Tuesday is unique. It the first time ever that an election has been overturned and recalled in Israel. This was on the grounds of widespread and systematic election fraud in the October 2013 Municipal Elections. It is therefore the only election in Israel's history where voters have the (legal) possibility of voting, changing their mind - and then voting again differently. And that's precisely what I'm planning to do. In October, I voted for Eli Cohen for mayor, and the TOV party for city council. I am a fan of TOV, because I admire their courage in pushing a moderate chareidi agenda, in a field dominated by fundamentalists.  Encouraging chareidi participation in the workforce, the army and Israeli society - and in local terms, "the pursuit of quality of life" - sounds like a healthy vote in favour of progress. However, what finally clinched my vote in October for TOV was their number two
15 comments
Read more
More posts