Showing posts from February, 2012
Show All

By Rabbi Dov Lipman 1)SHMUEL POPPENHEIM ATTACKED Last week, Shmuel Poppenheim, the Toldos Aharon chasid who has spoken out against the violence of the extremists, was interviewed by Haaretz.  In that interview, Poppenheim, who has made great efforts to prepare Chareidim for entrance into the work place, criticized Rabbis who try to prevent Chareidim from going to work.  When Poppenheim arrived at the Toldos Aharon shul on Friday night, he was asked to leave by some of the men there.  He refused and they began screaming, "Sheigitz, Apikores, get out of here impurity!"  He refused to leave and they began to push him out.  Poppenheim held onto book shelves to resist being pushed out and then one knocked off his shtreimel, a second guy broke his glasses, and a third hit him hard in the ribs.   He left the shul for a few minutes but then went back in and was hit again.   The Toldos Aharon rabbinic leadership has come out strongly against the attackers and are implementi
Post a Comment
Read more 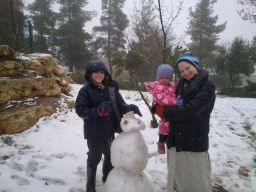 My son Ariel, with Snowman, my granddaughter Netta and daughter Shira I'm just back from taking my son Ariel, 11, to enjoy the rare (in Israel) experience of playing in the snow. My daughter (Shira) and granddaughter (Netta) played host at their home in Kiryat Arba.
Post a Comment
Read more

By Rabbi Dov Lipman *MONTGOMERY COUNTY LIKELY TO CONTINUE BET SHEMESH RELATIONSHIP The leadership of Montgomery County is likely to continue the twinning relationship with Bet Shemesh.  Federation leaders ave worked hard to guide County Executive Ike Legget who says he is inclined to continue with the relationship.  However, as a leader, he feels he needs to give his constituents the right to express their concerns.  A meeting will take place mid-March after which a final decision will be made.  All observers have been perplexed by city hall's official response which blames the breakdown in the relationship on "pro-Palestinian groups who are working with Bet Shemesh residents to harm the city."   *AGREEMENT SIGNED BETWEEN MATEH YEHUDA AND BET SHEMESH REGARDING INDUSTRIAL AREAS Bet Shemesh's controversial takeover of industrial areas belonging to Mateh Yehuda was stopped as part of an agreement signed this week by Mateh Yehuda Regional head, Mos
Post a Comment
Read more 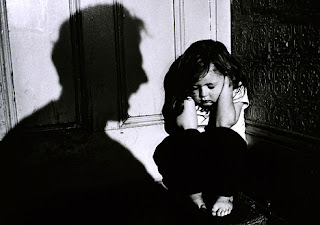 Whitney Houston: If You Don't Understand The Fuss

By Rabbi Dov Lipman (some photos are illustrative only) 1) NEW FIRE STATION AT THE ELAH JUNCTION A new fire station opened this week at the Elah junction.  This station will provide better services for residents of RBS and will also help deal with the forest fires which often erupt in our region.  30% of the country's forests had been under the auspices of the Bet Shemesh station and the new station will ease the burden of the Bet Shemesh station.  Interior Minister Eli Yishai attended the grand opening of the new station.   2) MAYOR CALLS FOR "NO VIOLENCE" IN THE CITY Mayor Abutbol held a press conference this week to announce a new program geared towards rooting out violence from the city.  A new hotline has been established for residents to report any violent acts.  This will enable the city to monitor where violence is most prevalent in order to direct cameras and other violence prevention measures to those areas.  Residents are asked to report a
6 comments
Read more

Israeli Sherut Leumi girls volunteer at Chazon Yeshayahu Soup Kitchen   When I was in a posh English Public School (Rugby School – where the game was invented by renegade soccer player William Webb Ellis in 1823), we had a choice of enlisting in Army Corp (a sort of militarised scouts) and "granny bashing". "Granny bashing" was the boys slang name for the school's Social Services Voluntary Service. Boys with more testosterone, biceps and body hair would eagerly gravitate to the Corp, march around in heavy boots, and go on night exercises and macho drills in the surrounding English countryside.  Wimps like me headed straight for granny bashing.  I don't recollect actually bashing any grannies, but I did paint their walls & dig their gardens, work with handicapped kids, taught in underprivileged schools - and got to meet people close up who certainly couldn't afford our school fees – or even afford our school lunches. T
5 comments
Read more
More posts