*MONTGOMERY COUNTY LIKELY TO CONTINUE BET SHEMESH RELATIONSHIP
The leadership of Montgomery County is likely to continue the twinning relationship with Bet Shemesh.  Federation leaders ave worked hard to guide County Executive Ike Legget who says he is inclined to continue with the relationship.  However, as a leader, he feels he needs to give his constituents the right to express their concerns.  A meeting will take place mid-March after which a final decision will be made.  All observers have been perplexed by city hall's official response which blames the breakdown in the relationship on "pro-Palestinian groups who are working with Bet Shemesh residents to harm the city." 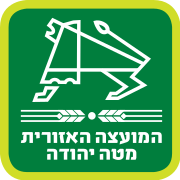 *CENTER FOR ROAD SAFETY TO BE ESTABLISHED IN THE CITY
Bet Shemesh qualified for 800,000 NIS from the National Authority for Road Safety to establish a center which will include: a park with model highways and intersections, model gas and bus stations, model bike paths, and classrooms.  Children will learn proper rules of driving, biking, and walking and children will even have the chance to be the enforcers of the "law" at the center.  The center will work together with local schools and summer camps to reach as many populations as possible.

*OPPOSITION MEMBERS REGISTER COMPLAINT REGARDING CITY COUNCIL MEETINGS
The opposition in the city council, led by Shalom Lerner, lodged an official complaint with the government authorities regarding the last two city council meetings.  In the first one, the Mayor held important votes within minutes of the official start time which prevented opposition members who were parking their cars to participate.  Then, in the next meeting, the Mayor kept the opposition outside waiting up unti 30 minutes after the official start time and, once he invited them in, opened the meeting with a 20 minute Dvar Torah.  This meant that close to an hour had passed from the official start time and took away the opportunity to properly debate the various issues.  The government authority requested the protocols and recordings from those meetings and a representative from the authority will meet with Lerner this week to review the material.  All decisions in those meetings could be disqualified.

*WE NEED YOU ON MARCH 4 - CRITICAL FOR FUTURE OF THE CITY
The appeal regarding the current destructive plans for the construction of RBS Gimmel 2 is taking place on Sunday morning March 4 at 9:00a.m. in Bayit Vegan.  In order for us to win this appeal, it is important that hundreds of local residents are there.  We will have buses leaving Bet Shemesh at 7:00a.m. since we need to be there by 8:30a.m.  You can leave to go to work at 10:00a.m. and that is when buses will return.  WE ARE ASKING PEOPLE TO TAKE OFF TIME FROM WORK FOR THIS RALLY.  Please e-mail me at ddlipman@gmail.com to let me know that you will be attending and also indicate if you want a seat on a bus.  WE REALLY NEED ALL OF YOU TO COME.