Showing posts from June, 2016
Show All

My Take on Turkey-Israel 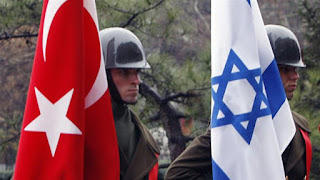 Between the years 2005 until 2011 I visited Turkey extensively, averaging five or six times each year. I developed close friendships and happy customers there throughout that period. This came crashing down with the Marmara incident in 2010, and then the UN Report in 2011 (which largely absolved Israel) which ironically was the last straw for the Turks. My main customers were issued an anti-Israeli directive by their government, and I was officially persona non-grata. From my perspective, the Marmara protest fleet (flotilla) was a deliberate provocation against Israel, directly supported by the Government of Turkey. Their pretense that this was a humanitarian aid mission was a thinly veiled charade. It was a political protest. It was planned to spotlight the Israeli blockade on the Gaza Strip, subject Israel to international political pressure, and thereby politically further the cause of Hamas. However, the flotilla was not a terror or military attack on Israel. The prot
Post a Comment
Read more 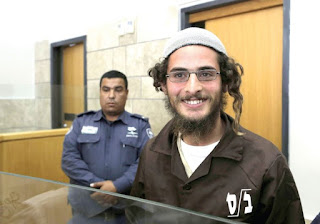 Frankly, I found those Kahane crowd scenes- both the cheerers and the jeerers - ugly & repulsive. I saw Rabbi Meir Kahane on a couple of occasions in Jerusalem when I was an impressionable student discovering 'real' Judaism and, while I saw value in the books of his I read, I was extremely uncomfortable with his speeches and politics, and the raw emotions he evoked in his supporters and opponents. There has been much water under the bridge, both nationally and personally, since those early 1980's scenarios. Rabbi Meir Kahane's assassination in 1990 and of his son & daughter in law Rav Binyamin Zeev  and Talya Kahane in 2000 (by the PLO Force 17, near Ofra) were almost fatal blows also to Kahane's ideas and legacy. Fringe politicians, such as Michael Ben-Ari and Baruch Marzel have attempted to resurrect a Kahanist presence in the Kenesset, standing in many elections, and with only one success in 2009. In August 2015, Rabbi Meir Kahane's gra
Post a Comment
Read more
More posts