Showing posts from July, 2011
Show All

Before Summer Camp: How to Talk to Your Kids About Safety 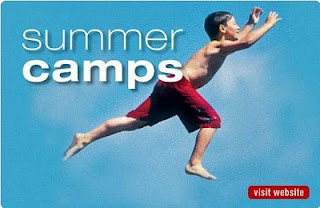 by Bracha Goetz  republished on Tzedek-Tzedek by kind permission of Bracha and the Jewish Press; I posted this last summer, and the time has come to repost it! Here are signs to protect our children from danger: In 95% of cases, the molester's not a stranger. He's someone you know and respect.    He's disarming. He is drawn to children.    And he's awfully charming. This is a handy little jingle for parents to keep in mind, but even though it's short, my rhyme is not for little children.  In order to adequately prepare our children, however, first we need to be aware of the red flags ourselves.  Then we simply need to schedule an "annual check-up" time to clearly and calmly bring up the subject of personal safety with our children.  What would be a good day each year on the Jewish calendar for us to easily remember to discuss this safety topic with our children?  It's useful to pick a particular day that comes once a year, so we'll be more a
1 comment
Read more

Whereas the tent-city protesters around Israel are demanding a quick-fix to these chronic problems, which have developed over decades, there is very little in the way of practical plans for achieving such a quick improvement. There are undoubtedly hardships finding affordable housing in Israel. This combines with high food and other living expenses, and relatively low salaries. In a 2011 survey (http://www.citymayors.com/features/cost_survey.html) of the cost of living in international cities, for example, Tel Aviv, is ranked #24, which makes it the most expensive city to live in in the Middle East. Meantime, right wing politicians MK Michael Ben-Ari (photo) Itamar Ben-Gvir and Baruch Marzel, are apparently now proposing a three part plan, which promises to speedily generate tens of thousands of apartments and houses to the market, so reducing prices for Israeli house buyers and renters. 1. There is currently an effective freeze on building starts in Yehuda & Shomron. Pl
2 comments
Read more

This important statement has been published on the Rabbinical Council of America website on 25th July, 2011. The Rabbinical Council of America has today reaffirmed its position that   those with reasonable suspicion or first hand knowledge of abuse or endangerment have a religious obligation to report that abuse to the secular legal authorities without delay . One of the unique features of Jewish law is that it imposes upon every member of the community an obligation to help others avoid danger. The biblical verse “do not stand by while your neighbor’s blood is shed" is understood by Jewish Law to mandate that one must do all in one’s power to prevent harm to others - even if monetary harm, but certainly physical harm. Consistent with that Torah obligation, if one becomes aware of an instance of child abuse or endangerment, one is obligated to refer the matter to the secular authorities immediately, as the prohibition of mesirah (i.e., referring an allegation against a fe
1 comment
Read more

A Narrow View from Israel: US Debt Ceiling

I have to admit – until a friend brought it to my notice, I totally missed the dramas of the US Debt Ceiling furor. And the possible effect it could have on US citizens living in Israel, many of whom rely on their US Social Security checks ... From over here in Israel , local housing availability & prices, and the increasing costs of staples (the infamous cottage cheese scandal), seem to have blocked any view to the US financial woes potentially on the short term horizon. As I now understand it (tell me if I'm wrong) the US is now facing the eventuality of defaulting on its debt payments, by hitting the "debt ceiling" laid down by Congress. The Government has revealed the specter of being unable to meet its Social Security payment obligations, in the coming days. It would seem that Obama may be required to simply stop the checks going out on 3 rd August, leaving some 70 million US householders without disability, unemployment and pension payments (to name a fe
Post a Comment
Read more

Guest Writer: Dr Gerald Weinberger,  MD,  Hadassah Hospital, Jerusalem       It is rare that a victim of sexual abuse is given a hero’s welcome when seeking help concerning   an abuser.   All too often , rather than being comforted and   recognized   as courageous, the victim is turned a cold shoulder and treated   as if he/she is   the   troublemaker, while the perpetrator, teacher, Rabbi, care-giver or family member, etc…. is protected by the small or larger community. The community response is usually   “ how can a man’s livelihood, reputation and family be defamed and undermined because of an aberrant sexual act” without a clue as to the life damage abuse causes.         Drs. Mandel and Pelcovitz,   and the courageous and   expert group of principled authors, who have contributed to “Breaking the Silence”, shine the light of Jewish Law (Halacha),and     fearless integrity into the dark denial and confusion that cloud this area of life.          Drs. Mandel and Pelcovitz   rem
5 comments
Read more

Joke of the Day - 3 Clerics and a Bear

A Catholic Priest, a Baptist Preacher, and a Rabbi all served as chaplains to the students of Northern Michigan University in Marquette. They would get together two or three times a week for coffee and to talk shop. One day, someone made the comment that preaching to people isn't really all that hard - a real challenge would be to preach to a bear. One thing led to another, and they decided to do an experiment. They would all go out into the woods, find a bear, preach to it and attempt to convert it. Seven days later, they all came together to discuss their experience. Father Flannery, who had his arm in a sling, was on crutches, and had various bandages on his body and limbs went first. 'Well,' he said, 'I went into the woods to find me a bear. And when I found him, I began to read to him from the Catechism. Well, that bear wanted nothing to do with me and began to slap me around.. So I quickly grabbed my holy water, sprinkled him and, Holy Mary Mother of God
Post a Comment
Read more

By  Yitzchok Adlerstein First Published at Cross Currents; Posted here with Kind Permission of the Author After the horror, the disbelief, the shock, the emptiness, I next thought what many others must have. He had to have been a pedophile. I messaged a colleague, a respected rov, and asked what he thought. I will post it anonymously; I haven’t gotten to him yet to ask to use his name: "I am sure he was, and I am sure he molested many others, and i am sure that there were people that knew and hushed it." It is time to forever bury the myth that reports of pedophilia can be managed and dealt with by committees of rabbonim, even for a short time. It is time to bury the myth that there is a serious halachic barrier to going to authorities to deal with credible reports of such behavior. Enough baalei halacha have told us that there is no barrier. Choshen Mishpat 388:12 tells us that those who vex the public can be handed over. Any pedophile does at least that, and poses a da
3 comments
Read more

“It is only a matter of time before a child gets killed”, a member of the Bet Shemesh police force told me recently. He was specifically referring to the spate of reports of systemic violence by rebbeim (teachers) against their pupils. It is still accepted practice, even encouraged, in some religious circles, to “potch” (spank) a child for disciplining purposes. Unfortunately, this can result in behaviour by teachers which breaks all boundaries of ‘reasonable’ corporal disciplining (if you’ll excuse the expression), and becomes downright thuggery. The horrific story today of Leiby Kletzky, aged 9, murdered in Borough Park , NY ., allegedly by Levi Aron, re-affirms the Bet Shemesh policeman’s worries. Of course, know-one yet knows what drove the murderer of Leiby to kill. But, here in Bet Shemesh, we have been served with a sobering warning. No more excuses. No more cover-ups. No more harassment of victims. No more protection of perpetrators. Children must be better protected
11 comments
Read more

Poetic Justice and The News of The World

Although foreigners associate the British media with the BBC drama classics, The Times of London, and the intellectual Radio 4, this does not represent the mass media in the UK . It is impossible for Israelis (for example) to grasp the sullied lowness of the popular media culture in Britain . The “tabloids” in Britain are half-sized newspapers splashed with naked girls, sordid scandals about the currently famous, and the football results. The IQ of their intended readership is aimed at around 6 years old (adults). This media sector is referred to as the “gutter press”. Whereas The Times , for example, has a circulation of around 500,000 – the Sun (popular press rag) sells over 3 million copies a day. And so the scandal about the News Of The World (aka “News of the Screws”) , by far the most popular and scurrilous Sunday newspaper in Britain, that they have been tapping phones and voice mails for decades, even of murder victims, and of British soldiers killed in Afghanistan
1 comment
Read more

Latma Do It Again!

Israel Aerospace Industries "Heron" UAV, supplied to Turkey in happier days ----- There is   reportedly  a stand-off between Israel’s Defence Minister, Ehud Barak, and Foreign Minister, Avigdor Leiberman. The topic is whether Israel should renew defence sales to Turkey . Ehud Barak is reportedly arguing in favour, as it is part of his mandate to promote Israel ’s defence industries; whereas Avigdor Leiberman is objecting, due to the continuing “strained” relations between Turkey and Israel . Israel ’s defence industries are a commercial powerhouse, accounting for over $5 Billion in annual export sales. Israel ranks fourth in the world in the defence sector export business. The defence sector directly employs over 20,000 Israelis. Turkey was a booming market for Israel ’s defence sector – with key contracts going to Israeli companies to supply Unmanned Air Vehicles (UAVs), Tank Upgrades and Airframe Upgrades of Turkey’s aging F4 Phantom Jets. This business was estimat
Post a Comment
Read more

July 01, 2011
I was particularly troubled by an event two nights ago. It was late at night, and I was putting flyers around the scene of an alleged vicious attack upon a child, asking for residents to come forward with information (in conjunction with the police). A man came up to me, waving the flyer…. He challenged me: “Which rabbi told you to put these up?!”. I find this most peculiar.... I would expect someone to say, perhaps “Oh my goodness, a child was attacked right here on my street?! How is the child doing? What is known about the perpetrator? How can we better protect our children? How can I help?”   It is rather like a man who is drowning at sea, along comes a rescue boat, throws him a rope, and the man won’t grab the rope, saying  "which rabbi said you could throw me the rope?” Of course rabbinical politics is interesting and often an important issue in a frum community. But that his first and apparently only interest, on learning that a violent child abuser has been atta
8 comments
Read more
More posts