Showing posts from June, 2011
Show All

Rav Lior and The Law?

Rabbi Dov Lior was arrested yesterday, intercepted by police on his way to a meeting in the settlement of Migron, taken in for questioning in Lod police station, and released within two hours. The allegations would appear to be linked to the "haskama" (approbation) Rav Lior provided for the book Torat Hamelech (The King's Torah) written in 2009 by R. Yitzhak Shapira. I haven't read the book, indeed neither has anyone I know, but it is reported to be controversial due to the subject matter being the halachik approach to killing non Jews, in a time of war or threat. This arrest sparked outrage amongst rabbonim, members of Knesset and many in the National Religious camp. Mainly youthful demonstrators took to the streets in their hundreds, particularly in Jerusalem, blocking junctions, and protesting outside the Supreme Court. Around 20 demonstrators are reported to have been detained. When Rav Lior himself arrived in Jerusalem last night, he was held aloft, an
12 comments
Read more

"Why Not Syria?"  This was a hot topic of conversation at the Paris Air Show where I have been this week. As the civilian body-count mounts in Syria , I am puzzled by the lack of international action, or even effective condemnation.  The international community was caught totally unprepared for the events of historical magnitude which have rolled across the Arab world during “The Arab Spring”. The self-immolation of Mohamed Bouazizi, a sole unemployed student demonstrator in Tunisia in December 2010 led to mass demonstrations which successively toppled regimes in both Tunisia (President Ben Ali) and Egypt (Hosni Mubarak). Still hanging by a thread are the dictators of Libya (Muammar Gaddafi) and Yemen (Ali Abdullah Saleh). Bahrain seems to have pulled itself back from the brink – probably because on March 14, troops from Saudi Arabia and the United Arab Emirates entered Bahrain , to prop up their fellow Sunnis in Bahrain . Syria ’s President Bashar Al-Assad h
1 comment
Read more 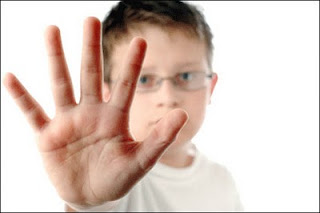 Not In My Back Yard

Sudanese refugees have entered Israel over the past couple of years, via the Sinai desert. The Government is keen to expel these illegal immigrants; whereas Left-wingers have called for their human rights to be preserved, by giving them citizenship and full democratic and economic rights. The Sudanese refugees are typically housed in the poor neighbors of southern Tel Aviv (where the residents are typically right wing voters); while the bleeding-heart left wingers are sitting pretty in North Tel Aviv suburbia. When MK Michael Ben-Ami and Itamar Ben Gvir took 50 Sudanese refugees on a swimming outing to North Tel Aviv's exclusive Country Club, home of the rich-and-left-wing, the results expose their hypocracy and are hilarious. My son-in-law Daniel Gilad, thought of the prank; the press couldn't resist the story (Arutz 10 and Arutz 7 - probably others) - and thousands of people have expressed their support for this. As they say in North Tel Aviv: "Not In My Back Yar
2 comments
Read more

Now re-elected to office for his third consecutive term, Turkish Prime Minister Recep Tayyip Erdoğan has led his country consistently away from a Western orientation, to a more Eastern orientation. Erdogan's foreign policy has been marketed under the catchy slogan "zero problems with neighbors". This sounds as controversial as motherhood and apple pie. However, when one looks around at the identities of Turkey 's neighbors, the problems inherent in this policy become clearer. Iran , Syria , Iraq , Lebanon , Armenia … Under Turkish Foreign Minister Ahmet Davutoğlu, Turkey has invested tremendous priority in building economic, cultural and political bonds, particularly with Iran and Syria , including fostering warmer relations with Hezbollah in Lebanon and Hamas in Gaza . This has come at the cost of Turkey 's hitherto strategic alliance with Israel – with spectacular blow-outs at Davros (the public spat between Erdogan and Israel 's 85 year old Preside
1 comment
Read more

A (Belated) Mazaltov to William and Kate...

What's the Difference between A Turkish Election and an Israeli Election?

I spotted this report in the Turkish daily Hurriyet: Sixty-four-year-old Ayşe Akın died of a heart attack after casting her vote in Antalya's Döşemealtı district on Sunday. Akın arrived at the Mustafa-Ayten Aydın High School at around 8 a.m. with a relative to vote in the elections and climbed to the third floor of the building where her registered ballot box was. Akın collapsed in front the ballot officials after casting her vote. So here's the joke.... Question: What's the difference between a Turkish election, and an Israeli election? Answer: In Turkey they die after they vote.  In Israel they vote after they die . ------------- [Don't Get-It? There is a long standing rumour that fraudulent votes have been cast in Israeli election, using the ID cards of deceased citizens. Still don't find it funny? You've got a point, any joke which requires an explanation, is unlikely to be worth the trouble].
Post a Comment
Read more

By Rabbi Dov Lipman WILL MEI SHEMESH WATER COMPANY BECOME PART OF THE MUNICIPALITY? The past year has seen major complaints regarding the new local water corporation, Mei Shemesh.   The transfer of the water authority to a private corporation led to an automatic increase in price with the VAT tax.   The Finance Ministry came to an agreement with the municipalities in the beginning of the week in which the new corporations will become departments of the municipalities and under the reigns of the mayors.   Bet Shemesh has had a different experience than other cities with better overall customer service since the new corporations began.   No formal announcement has been made regarding Mei Shemesh becoming part of the municipality as of yet.   When that time does come, local residents can only hope the service will remain the same with the shift back to the municipality and the elimination of the tax. -----------------   CANDIDATES FOR NATIONAL LEADERSHIP TURN TO BET SHEMESH Local
Post a Comment
Read more

Important Video to Watch with Your Kids

This is a 10 minute information & warning video (from ABC News) about "stranger danger". Please watch it, and then watch it again with your spouse (because there's a serious message for adults too) and with your kids.
Post a Comment
Read more

The Agudat Yisrael of America on Child Abuse

June 01, 2011
The special forum on child abuse at the recent Agudath Israel of America Convention in New York , has sparked a storm of controversy. Bloggers such as UOJ , Failed Messiah , Daas Torah, as well as some mainstream press , have reported the bottom line of the forum to be that, in the case of a suspicion of child abuse, one must ask a rabbi for direction, including whether or not to report this to the non-Jewish authorities. These writers have universally scorned and decried this, as breaking the law (where it conflicts with mandatory reporting) and endangering children (when the rabbi decides not to report, and the alleged offended goes on to harm more children). There is exactly the same issue in Israel ; even here in Ramat Bet Shemesh.     However, I believe it is helpful to divide this minefield topic in two. Is this an appropriate shailat rav? What should the rav respond to such a shaila? Is it an appropriate shailat rav? In many frum circles, a rabbi is a central charac
Post a Comment
Read more
More posts