Showing posts from October, 2009
Show All 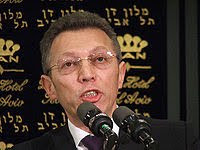 Gaydamak, Chen and Fanan – Abuse & Corruption Roundup... There were key milestone positive developments in three scandals in Israel this past week. Israeli-Russian-French Billionaire, and latterly a candidate for Mayor of Jerusalem, Arcadi Gaydamak , was found guilty in absentia by a French court, of illegally trafficking arms to Angola and sentenced to 6 years in prison. Gaydamak recently left Israel, leaving a deposit, and an open charge sheet for laundering hundreds of millions of shekels behind him. Gaydamak is believed to be in Russia. “Rabbi” Elior Chen , the spiritual leader of an ultra-Orthodox sect in Jerusalem suspected of severe child abuse, arrived in Israel this week after being extradited from Brazil. Chen and several of his followers allegedly used knives, hammers and other instruments to abuse children as young as 3 and 4 years old – reportedly one of the most horrific child abuse cases in recent times. And the mysterious suicide of Moni Fanan , a cele
Post a Comment
Read more 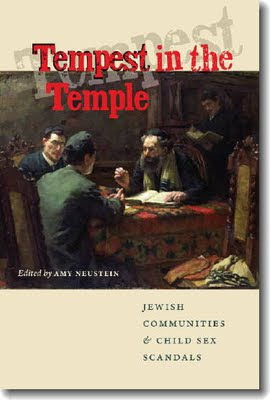 Tempest In the Temple – Jewish Communities & Child Sex Scandals Brandeis University Press; Edited by Amy Neustein "I couldn't put it down", "reads like a Dan Brown novel…", etc hardly sound like descriptions of a Brandeis University Publication, an academic analysis of Jewish Communities & Child Sex Scandals. Tempest in the Temple is the first-ever comprehensive book on this painful & controversial subject, and as such is 'important' in every sense. The most immediate factor I found with Tempest in the Temple was how very readable ("user friendly")   it is, even to the layman such as myself. With each chapter by a different expert contributor, and written from a different professional angle, on this pretty hair-raising subject, the book itself was compelling to read. Each of the nine chapters addresses an 'angle' on the topic. Some are direct stories, narratives, such as Loel Weiss and Mark Itzkovitz'
4 comments
Read more

The Final Solution to the Palestinian Problem? 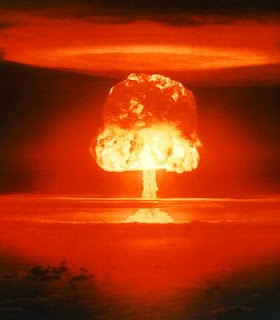 In the darkest times of The Cold War (1959) Tom Lehrer's black humour song went: For if the bomb that drops on you Gets your friends and neighbours too, There'll be nobody left behind to grieve…. We will all go together when we go, All suffused with an incandescent glow. Have you ever wondered why the Palestinians are not Israel's allies when it comes to opposing the nuclear weapons program in Iran? After all, as Tom so memorably sang "We will all go together when we go". A nuclear holocaust visited upon me and my family, here in Israel, will also get my neighbors, Ahmed and his family, living in a West Bank/Judea village just five minutes drive from my front door. Iran is solely developing nuclear weapons to bomb Israel with, and this would also be the Final Solution for the Palestinian Problem. There is no contradication between destroying Israel together with Arab Palestine  - and all the occupants of our region, both Jews and Arabs together &q
Post a Comment
Read more 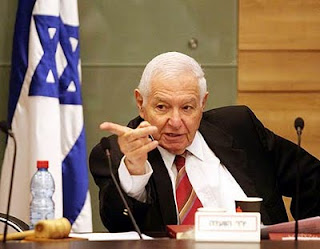 Scathing report slams conduct of defense minister's convoy to Air Show in France during times of recession, says most expensive hotel chosen, some of rooms booked were not used by anyone. http://www.ynetnews.com/articles/0,7340,L-3790095,00.html  The Chief Comptrollers latest report severely criticized Defence Minister Ehud Barak for the "excessive spending" on this year's Defence Ministry Delegation to the Paris Air Show. Barak's political opponents have jumped on this stating Barak "has proven himself once more unworthy of leading the Labor Party." In the details, the following facts have been revealed: Total cost of the delegation: $250,000 Hotel Expenses: $80,000 Number of attendees: 57 representatives from the Israeli Ministry of Defence travelled to the Exhibition, including the Defence Minister.  Micha Lindenstrauss, the Chief Comptroller, highlights mess-ups with the bookings, leading to high prices at this, the 100th Annive
1 comment
Read more

This card can save ONE HUNDRED LIVES each year! 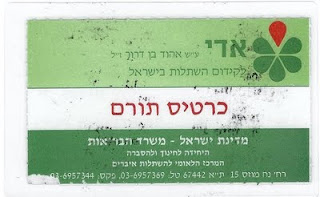 Considering the outstandingly generous and charitable nature of the Jewish People, and the espoused centrality of saving human lives ("pikuach nefesh") it is curious that when it comes to donating life-saving organs to dying patients, we Jews are apparently one of the stingiest nations on earth. In Israel , the percentage of people who hold an organ donation card is only 10 percent; in Western countries the rate is 30-40 percent. T he rate of agreement to organ donation is only 45 percent, which is 50 percent lower than the rate in most Western countries. As a result, there are about 1,000 Israelis currently on the "waiting list" for organs, and it is estimated that roughly 10% [100 people!!] of them die annually due to a lack of donations. (Wikipedia). Two landmark Organ Donation laws were passed in Israel in 2008, one defining the moment of death and the mechanism for determining this, and the other permitting limited compensation/incentive to donors wh
8 comments
Read more

The Third Temple as a Political Objective

This week’s riots in Jerusalem reminded us that the most volatile location in the Middle East (and arguably in the World) is Temple Mount in Jerusalem. In September 1996, the opening of the exit of the Western Wall Tunnels resulted in false rumours being spread around the world (CNN, BBC et al) that the Tunnels were directly under the Dome of the Rock, and were aimed to undermine and destroy the building. The riots which ensued claimed over 80 dead, and almost started what later became the 2nd Intifada. (Prime Minister Benjamin Netanyahu’s nifty footwork, encircling Ramallah with Israeli tanks, prevented the riots spreading). On 28th September 2000, then Prime Minister Arik Sharon’s visit to Temple Mount , was seen as the actual start to the 2nd (“Al Aksa”) Intifada – a terror war which cost 5500 Arabs and over 1000 Israeli dead. So when around 15 Jews entered Temple Mount on Sunday 27th September, 2009, and Arabs started rioting, the potential consequences were a cause for c
2 comments
Read more 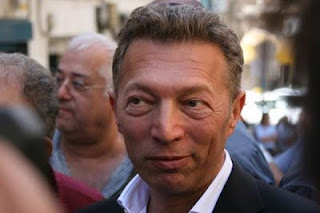 Israeli mogul and owner of the Betar Jerusalem Football Club Arkadi Gaydamak was hit Thursday with an indictment alleging he laundered some NIS 650 million. Nahum Galmor, Gaydamak's business partner, and two senior executives in Poalim Trust, Haim Shamir and Shlomo Recht, were also indicted. …………. Gaydamak is currently on a trip to Russia. He left NIS 4 million as bail when he left the country. In case he fails to return to Israel, it will be confiscated. (JPost.) Arkady Gaydamak is usually described as a “Russian/Israeli billionaire”. He has a dramatic rags-to-riches biography – making aliya from Russia aged 20, then working as a sailor for ZIM shipping lines, then moving to France where he worked as a gardener and bricklayer. Gaydamak became a successful businessman in France, but often courted controversy and legal challenges. Gaydamak is wanted by police in France on charges connected to the illegal exporting of arms to Angola, and tax evasion. In Israel, where Gaydamak
1 comment
Read more

Wishing you all a Chag Sameach - A Gud Yomtov - from Tzedek-Tzedek!
Post a Comment
Read more
More posts