Showing posts from April, 2012
Show All

Is Lag BaOmer Out of Control?

As every kid knows, Lag B'Omer is a celebration on the 33 rd day of the counting of the Omer. This marks the last day of the plague which wiped out 22,000 pupils of Rabbi Akiva. Lag B'Omer is also the anniversary of the death of R.Shimon Bar Yochai, the author of the Zohar and 'father' of Jewish Mysticism. Rabbi Shimon was the leading (surviving) student of Rabbi Akiva, and was an oft-quoted Tannaic leader, being the fourth most quoted voice in the Mishna. Here in Israel , Lag B'Omer is most popularly celebrated by the lighting of bonfires as well as joining the throngs making the pilgrimage to Rabbi Shimon Bar Yochai's tomb in Meron in the Galilee . In recent times, the bonfire lighting tradition has also spread to the Diaspora. At this point, all seems well and healthy about Lag B'Omer – good clean fun. You can call me a kill-joy, but unfortunately there is a dark and less happy side to the Lag B'Omer festivities... In my o
10 comments
Read more 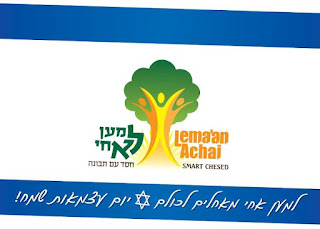 Lema'an Achai joins the entire Jewish nation in remembering the fallen soldiers who made the ultimate sacrifice to enable us to live safely in our land. זכור We also wish a most joyous 64th Yom Hatzma'aut of the State of Israel. Just as our nation has realized the blessing of 64 years of independence so too the families of Lema'an Achai achieve personal and financial independence through Smart Chesed. Warmest Wishes for a Yom Hazma'aut Sameach! Rabbi Avrohom Leventhal P.S. Please visit our newly designed web site: www.lemaanachai.org
Post a Comment
Read more

Been to the Kotel? Done the Israel Museum ? Hiked in the Golan….? Well, consider something a little different. A tour of the “illegal outposts”. Known in Hebrew as “Maachazim”, they are located throughout Yehuda & Shomron, and range in size and scale from well established villages, to a single temporary structure. They are characterized by not having all the required Government permits. Once they do receive the full set of permits, they graduate from being a “maachaz” to become a “yishuv” (“settlement”). The larger villages were established and built in an organized fashion, involving various Government Ministries. The tiny ones seem to have been established by an individual or small group of activists, and some lack even the most basic infrastructures. During Chol Hamoed my family took a day-trip which included the maachazim of Adei Ad, Migron and Ramat Migron. We passed by or through many other maachazim along the way, including Shvut Rachel, Aish Kode
2 comments
Read more 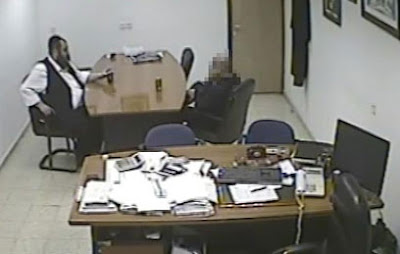 In orthodox neighborhoods, little old ladies can walk safely down the street without getting mugged. And crack is unlikely to be being sold on the street corners. According to a colleague, who worked in Israel ’s Prison Services, the ultra-orthodox chaps doing time in the cells are typically there for one of two reasons. Sex crimes (particularly child abuse) and Financial crimes. I’ve written about the first problem fairly extensively on this blog. This past week, two scandals hit the Israeli press, involving orthodox organizations – both centered upon allegations of corruption. Established and run by Rabbi Abraham Israel, Hazon Yeshaiya http://www.hazonyeshaya.org/ is an Israeli charity which established a network of soup kitchens, food distribution, vocational training and free dental programs helping thousands of needy families around the country. According to their website, Directors include Nobel Prize winner, Eli Weisel and a past director was
9 comments
Read more

You're Not Ready For Pesach!

You're not ready for Pesach. ..until you have remembered your fellow Jew, who cannot buy his food for Seder. Please give generously when you donate your Kimche Depischa/Maot Chitim to over Two Hundred local needy families, via Lema'an Achai. With Lema'an Achai's "Smart Chesed" you know that your money is going to help families this Pesach, so that Be"H these families will not require Kimche Depischa next Pesach. You can do this pre-Pesach mitzva conveniently right now: 1. Online - www.SmartChesed.org  - Israel, US, UK and Canadian Tax Deductible options 2. By phone - 02-99999.33 (Hebrew) 3. Via you shul gabbai or local Lema'an Achai drop-off. 4. By mail: Lema'an Achai Center, 40/7 Nahal Lachish, Ramat Beit Shemesh, 99093, Israel As an indication: 1800 NIS ($480) helps one Lema'an Achai family (out of two hundred!) through Pesach. There is no better way to give "Kimche Depischa" than with Lema'an Achai. Th
Post a Comment
Read more

I Am Proud of My Rabbi

Rabbi Chayim Soloveichik has added a new dimension to the concept of leading by example. Rav Soloveichik, community rabbi of “Ohr Shalom” in Ramat Beit Shemesh has recently undergone an operation to donate a kidney to a third party who was unknown to him when he offered the donation. According to a report in the Jerusalem Post , the story began when Rabbanit Pircha Soloveichik saw a posting on the community email list that someone was seeking a kidney donation, from a donor with blood type O. “I’m Type O,” the rabbi says. “First thing, I did my research and found out that in this day and age, there would usually be no halachic issue. Most of the   poskim   [halachic decisors] feel it’s a mitzva; they won’t say you have to. “Obviously, I looked on the medical sites to see what the risks were,” he continued. “They’re very minimal, which takes away any general   issur [prohibition] for most healthy people. I also went [to an authority] for a personal psak [decision]. He w
Post a Comment
Read more