Showing posts from September, 2009
Show All 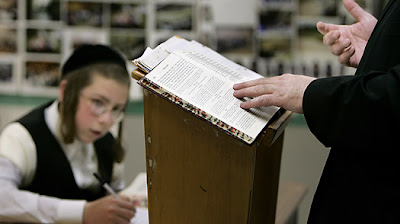 (Photo for illustrative purposes only) Note from Tzedek-Tzedek: Rabbi Yosef Blau is the mashgiach ruchani at Yeshiva University and its affiliated rabbinical school Yeshivas Rabbeinu Yitzchal Elchanan. Rav Blau has been active in trying help survivors of abuse in the Orthodox community. Rav Blau has kindly agreed to offer his insights on Tzedek-Tzedek into the question of Rabbinical involvement in child abuse cases in the orthodox community. ----------- By Rabbi Yosef Blau  My experience is with the Orthodox community in America but from what I have heard the situation in Israel is similar. As in many other personal areas, Orthodox Jews, when they are informed about abuse, instinctively turn to their rabbis. Unfortunately the rabbis (with the exception of young rabbis recently trained in modern Orthodox rabbinical schools) have no training and are not equipped to evaluate the accusations. When the accusations are about other Orthodox rabbis they assume that such behavior is i
4 comments
Read more (Note from David Morris of Tzedek-Tzedek: I published an article written by Michael Lesher (" Wishing Away Child Abuse in RBS ") which took Jonathan Rosenblum to task for an article Rosenblum wrote in the Jerusalem Post. Rosenblum contacted me today, and asked me to publish his response. I do absolutely respect Rosenblum's right of response - even though I disagree with some of Rosenblum's opinions here.)  By Guest Writer, Jonathan Rosenblum - Journalist & Author I have no reason to doubt that Michael Lesher has done valuable work in the area of child abuse and will continue to do so in the future. His attempt to refute by ridicule my piece in the  Jerusalem Post  of three months ago, however, neither contributes to an informed discussion of the scourge of child abuse nor to civility in general. Lesher accuses me of attempting to “wish away” child sex abuse allegations in Ramat Beit Shemesh. But I neither denied those allegations nor the existence o
22 comments
Read more 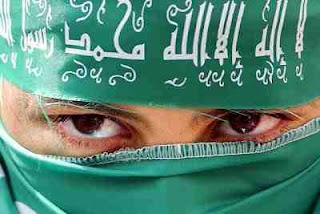 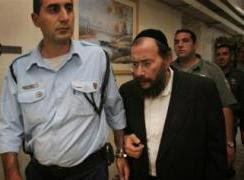 Guest Writer:  Michael Lesher (M.A., J.D.) writer, journalist and attorney specializing in Child Abuse Litigation. Lesher has represented child victims and their families in the  Mondrowitz case (photo above) and more recently against Stefan Colmer.   Jonathan Rosenblum’s recent attempt to wish away child sex abuse allegations in Ramat Beit Shemesh (“ Think Again: Those Primitive Haredim – Yet Again ,” Jerusalem Post , June 11, 2009  ) is so full of false assumptions and disingenuous gibes aimed at anyone audacious enough to challenge Orthodox rabbis on the issue (critics just don’t like the haredim , he suggests, even when the critics are themselves haredim ) that no short response can do justice to them all. But the greatest evil of his column lies less in what he says than in what he doesn’t say. For in Rosenblum’s head-in-the-sand world, when a fact reflects poorly on haredi rabbis, it doesn’t even get to see the light. You’d never know, from Rosenblum’s writing, that anyon
22 comments
Read more

The Smoking Gun on Iranian Terror 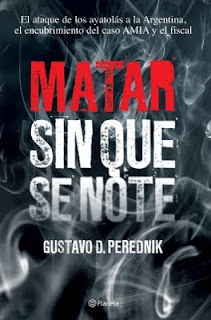 Description of the Book " To Kill Without a Trace " (“ Matar sin que se note ”) Gustavo D. Perednik perednik@netvision.net.il (Personal Note: Gustavo Perednik is my brother in law, and is a university professor specialising in Jewish History. He has researched and now exposed the incredible smoking-gun, directly linking today's Iranian regime in Teheran to the bloody terror attacks of 1994 in Buenos Aires. Were this linkage to be widely known, any pretense of the regime's legitimacy (in the UN and even with the USA under Obama) would be revealed as a dangerous fraud. This book has been published now in Spanish; IMHO it needs to be translated into English and also would make an important & dramatic movie. If you may be able to help with this - contacts, funding, whatever, please let me know - or contact Dr Perednik directly.)   --------- On July 18, 1994 , the worst anti-Jewish attack in the post world war era occurred: the site of the center of the Jewish comm
Post a Comment
Read more

3M = Magic at Lema'an Achai People often ask me "what makes Lema'an Achai different from other great charitable organizations?" To begin to answer this question, we have focused on the team of three of our professionals at Lema'an Achai, whose amazing activities give insight into "what makes Lema'an Achai not just different, but Unique". We call them 3M – M eir Crandell + M eir Jaffe + M otti Weisner This is Part Two of a Three Part Series... ------------- " Please Pay Me Early…" Motti Wiesner's professional background is in Finance, Business Management and Marketing. He worked in management of long term care homes in the USA for 14 years in Ohio , until his Aliya three years ago. "Part of my duties as a manager was preparing and distributing salaries to the staff at the homes," Motti recollects. "Every month, members of staff would approach me, asking for their salaries to be paid early. After a while, I
1 comment
Read more

Yitzchak Hutner of Arutz 7 Radio featured an interview with me and Rav Avrohom Leventhal of Lema'an Achai on his show "Making a Difference": http://www.israelnationalnews.com/Radio/Player.htm#0#1410
1 comment
Read more

September 14, 2009
I have been passed the following link to a report entitled: Orthodox Jewish community in Lakewood deals with sex abuse For those aquainted with recent allegations of child abuse in Ramat Bet Shemesh (see my previous posting "So How Common IS Child Abuse in RBS" for background), and the response of community leaders here, the reports of the "shitta" (methodology) used by the community leadership in Lakewood, will sound disturbingly familiar: http://www.app.com/article/20090914/NEWS/909120323/-1/FRONTTABS01/Orthodox+Jewish+community+in+Lakewood+deals+with+sex+abuse
2 comments
Read more 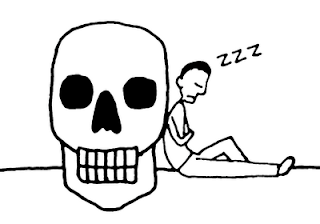 Three calls in 24 hours. Three distressed victims of abuse. And that’s just to my private line, not even to the Lema’an Achai office line (where there are professionals who deal with kind of stuff 24/6…). A man who called to say that he’d found a toddler wondering around in the streets, and had returned the child to their home – where the parents were apparently oblivious to the child’s absence; the family seemingly have other problems, including “troubles” with the police. The man who called suspected neglect, and was frightened the child in future might run into a road or otherwise get hurt... What should he do? He said had considered reporting this to the Child Protection Services, but was afraid of suffering retaliation on members of his family, if he reported them… A woman whose child had returned home on several occasions from the transportation service to the out-of-town school she attends, with scratch marks and bruises on her body. There were gruesome pictures as evidence.
6 comments
Read more

By A Guest Writer - A Survivor of Abuse I was one of those “kids at risk” who went off the derech and no one could figure out why. I was from a chashuv family. I was a good kid, a quiet kid. I had everything going for me. My grandfather was a Rosh Yeshiva. No one knew, or wanted to know, that for years I was molested in the yeshiva by my grandfather the Rosh Yeshiva and also by some of his students. One of those students was my father. When I tried to talk about it no one believed me. They said I was crazy. They said I was lying. They said I was saying it to get attention. (I could think many better, less painful, ways that I could have gotten attention!) They said I had a memory problem. They said I had a “vendetta” against my father. They said everything they could think of to try to discredit me and to avoid the truth. They were in denial. What's unusual about my story is not that I was molested by frum yeshiva bochurim and a Rosh Yeshiva. Child sexual abuse knows no social or
19 comments
Read more

You're Minus EIGHT MILLION shekels?! 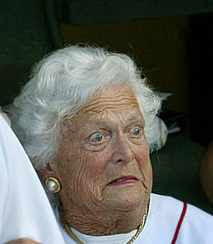 PART ONE OF A THREE PART SERIES 3M = Magic at Lema'an Achai People often ask me "what makes Lema'an Achai different from other great charitable organizations?" - in short, what makes Lema'an Achai's "Smart Chesed" so Smart? To begin to answer this question, I have focused on the team of three of our professionals at Lema'an Achai, whose amazing activities give insight into "what makes Lema'an Achai's Smart Chesed not just different, but Unique". We call them 3M – M eir Crandell + M eir Jaffe + M otti Weisner. Part One... ----------------- Minus Eight Million Shekels Can you imagine the double blow?? First, Mrs R learned that her husband had died, suddenly, at the age of 58. As the shock set in, Mrs R then learned that her late husband has left behind enormous debts. A staggering Eight Million Shekels . And the debts had now been 'inherited' by Mrs R…. To cut a very long story (over twelve mont
Post a Comment
Read more

The Shofar and the Dog

September 02, 2009
Thanks to The Muqata for pointing this out. As a dog owner and (amateur) shofar blower, I love it!
1 comment
Read more
More posts