Showing posts from February, 2010
Show All

Watch This - and Enjoy a Safer Purim

Not A Nice View From Turkey 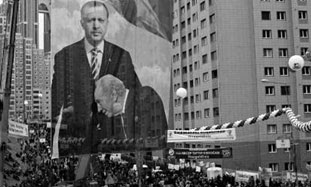 By Our Roving Correspondent in Ankara, Turkey David Morris Here in Turkey, a large street banner showed Israeli President Shimon Peres, bowing down to Turkey’s President Erdogan. Meantime, 50 leading retired generals (including the ex-heads of the Navy and Air Force) were arrested and questioned in a Court in Istanbul, in connection to a reported plan to launch a military coup against President Erdogan. Today that court ordered that four admirals, an Army general and two staff colonels be jailed. And, at a rather more mundane level, I had an interesting encounter with one of the waiters at my hotel in Ankara, when I went into the kitchen to prepare myself a kosher meal. Turkey is in transition. Since Mustafa Kamal Ataturk’s revolutionary creation of the secular Republic of Turkey in 1923, there has probably never been such a dramatic turn of national policy as there has been here over the past few years. In 2003, Recep Tayyip Erdogan was the first Islamicist to take power
1 comment
Read more 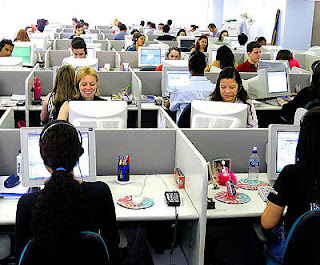 Internet Goyim TM [Reprinted with kind permission of Yerachmiel Lopin of Frum Follies  - surely the most talented satirist in the frum blog world] Looking for extra income? Who isn’t these days? Exciting new opportunities have opened up for serving the needs of ultra orthodox Jews. Many of them do not use the Internet because their rabbis have told them it is forbidden. Nevertheless they need the Internet to fill job applications, apply for government benefits, make online purchases, read sacred texts and most importantly to find out what is happening inside their own world by reading forbidden blogs. Many ultra orthodox Jews won’t dare have an internet connection in their homes because they will lose social standing. However they know the rulings are silly and they want Internet content. So they rely on an Internet Goy™ There are now people making an excellent living or spare income by using their basic Internet skills in ways that meet the needs of this community. Our trai
1 comment
Read more 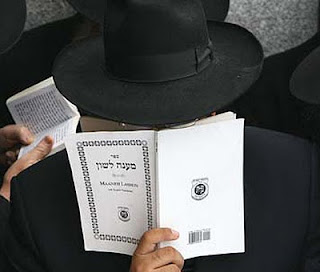 [This article is re-published by kind permission of Life In Israel , where you will find a passionate response by many in the comments section. The reason I believe this article is important is that, after some 18 months of outcry in Ramat Beit Shemesh over the reported mishandling of several cases of child abuse in the community, this is the first direct - tho' anonymous - response from within the community by "the other side" of this debate] 12 Questions For David Morris: BY: An Anonymous Guest Post (We'll make it easy---True or False) 1) When your article in the JP first came out , the first claim you made to Rabbi Malinowitz was that you were just a mouthpiece for your Rav, who didn't want his own name on the statements there ( for personal reasons, which you stated , and which were perfectly understandable)True or False? 2)Your second claim ,made a few days later, was that you meant other Rabbonim, not Rav Malinowitz , chas veshalom. True or False?
24 comments
Read more 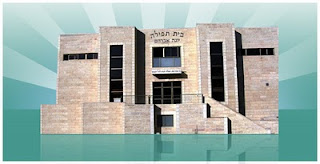 (Beis Tefillah Synagogue, Ramat Beit Shemesh) The following hoax letter has been sent to members of the Beis Tefillah Synagogue board of management, as if it was written by Rabbi CM [ed. name respectfully withheld] who serves as their rabbi: I think that as long as David Morris sets policy for L.A [ed. Lema'an Achai ], and is their public face,  I will not allow L.A. to use the Shul for fundraising purposes. This will change if: 1)David M apologizes publicly for stating,and insinuating again and again(in many forums,but especially in his childish Tzedek Tzedek blog) that , as a group ,  "Rabbis" (of RBSA ) are guilty of aiding and abetting and enabling child molesters.(And that of course that leaves LA to come to the rescue of our children.) OR IF  2)LA  publicly , clearly,and unambiguously disavows such statements .They must say--we clearly,and unambiguously ,disavow  statements or blogs which say or imply that  Rabbis  of RBSA (as a group ) aid or a
59 comments
Read more 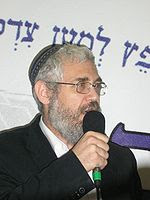 [Update on this report is given below the article] The dati leumi (National Religious) anti sex-abuse forum " Takana " has published a statement about the erstwhile rabbinical 'star' Rabbi Motti Elon. The statement discloses that Rabbi Elon had been accused of "inappropriate behaviour", and that the forum had found basis for these complaints. Furthermore, the forum had imposed a behavioral code on Rabbi Elon (apparently four years ago), which included him moving from Jerusalem to the small village of Migdal in the North of Israel, and no longer conducting certain educational and one-on-one counseling activities. The Forum has stressed that the investigation of complaints they had received about Rabbi Elon and the containment plan arranged with Rabbi Elon was all done in accordance with legislation and in cooperation with Menni Mazuz, then the Attorney General. I understand that " Takana" was initiated (in 2003) as a response to a scandal
6 comments
Read more

Child Abuse – Is It An Epidemic? 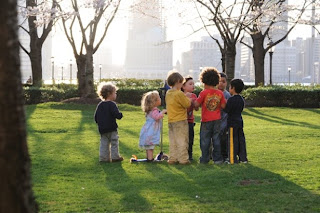 In the course of one day this week, two mental health professionals independently told me they are seeing an "epidemic" of child abuse, including child sex abuse. However, one doesn't need to be a mental health professional to have the impression that child abuse is on the rise in Israel . One just needs to read the morning papers. This week's stories included: 4 teenagers were arrested in the north of Israel on suspicion of repeatedly raping a girl, now aged 14, since she was 10 years old. Altogether ten youths are suspected of offenses against the girl. Cult leader, Goel Ratzon , was remanded in a Tel Aviv court this week. Ratzon, who fathered dozens of children from at least 17 women, is suspected of a series of rape, harassment and enslavement offenses committed over a period of more than a decade. Amongst the allegations are that Ratson sexually abused some of his 40-odd children. The case of Avinoam Braverman has continued to shock the country, with fur
2 comments
Read more

How Many Kids Can One Man Abuse? 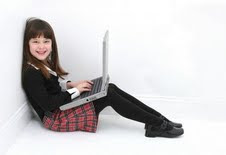 Police lifted a gag order Monday detailing the arrest of 33-year-old Avinoam Braverman, of Tel Aviv, alleged to have contacted some 1,000 minors, engaging some in virtual sex in front of web cams and of raping, sodomizing and molesting others, as well as possession and distribution of child pornography, … http://www.jpost.com/Headlines/Article.aspx?id=167472 In a society which promotes loyal monogamy as being the ideal sexual relationship – one partner for each of us –   the popular assumption is that one pedophile will also approximate to one child victim.   Very few of us are aware that research has consistently shown that (and this is staggering) around one in four girls and one in six boys has been sexually abused by the age of 18. (Russell, 1986; confirmed also Gorey & Leslie 1997; Finkelhor, Hotaling, Lewis & Smith 1989; Brier & Elliot, 2003). And in the sole major survey amongst Jewish orthodox women (Yehuda et al, 2007), 26% of the women surveyed reported sexua
7 comments
Read more
More posts