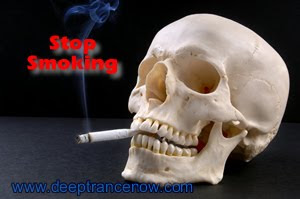 About 10,000 Israelis die each year from smoking, 8,664 actual smokers and the rest from other people's cigarette smoke, according to Dr. Gary Ginsberg and colleagues who just published an article in the European Journal of Public Health.

Around 23 percent of the population over 18 smokes, and about half of all smokers eventually die of tobacco-related diseases.

Leah Rosen concluded from their calculations that the total annual rate is actually 20 times that of the road accident toll.

If cigarette manufacturers were obliged to put pig-fat on their cigarettes, this would save many thousands of Jewish lives.

There was a time, when medical data was scarce or vague on the links between cigarette smoking and morbidity. And the gedolim of those times therefore made, at most, generally dissuasive remarks about smoking (weakens the already sick) or its addictive nature (waste of time/money).

The Chofetz Chaim considered smoking a health risk and a waste of time, and had little patience for those who claimed addiction, stating that they never should have started smoking in the first place (Likutei Amarim 13, Zechor le-Miriam 23).

Now, when the proof is as clear as daylight that smoking directly kills thousands upon thousands of smokers and even non-smokers, where are the anti-smoking riots? Where are the pashkevilim (protest posters)? Where are the burning cigarette vendor machines?

And where are our leaders?

We have armies to defend us from terrorists and external enemies; we have police to make sure drivers reek as little havoc as "possible"; hospitals and thousands of doctors to treat sick people; but where are the multi-billion budgets aimed to get people off cigarettes, and to prevent others from starting?

I do not recall a single political party (and we have lots of those) which put Stopping Smoking on its manifesto. Or a single political leader who has decried the evils of smoking, from the Knesset podium, and demanded changes. "Immediate! Revolutionary! Our national priority!"

Nor do I recall a single sermon in shul, or even a shiur in a bet medrash, demanding an immediate and complete ban upon smoking and punitive consequences for anyone in the kehilla who behaves in such an irresponsible, reckless and murderous way.

The Rabbinical Council of America itself issued an absolute halachik ban upon smoking in 2006: "we rule smoking to be strictly prohibited". http://www.rabbis.org/pdfs/Prohibition_Smoking.pdf

But where is the shul which will not include a smoker in a minyan? Or refrain from honoring them by calling them up to the torah?

They throw kids out of schools because their parents wear the "wrong" socks or headwear. Or daven in the "wrong" shul. Or, perish the thought, eat food with the "wrong" hechsher.

But where is a school, yeshiva or cheder which has a policy that "no children of smokers will be accepted by our school"!

The streets of every community, in every city, in every land, are awash with the needless blood of smokers and their victims.

Where is the outrage and demands for change?

The silence is killing.