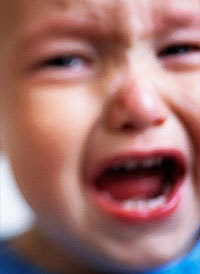 (Note from David Morris of Tzedek-Tzedek: I published an article written by Michael Lesher ("Wishing Away Child Abuse in RBS") which took Jonathan Rosenblum to task for an article Rosenblum wrote in the Jerusalem Post. Rosenblum contacted me today, and asked me to publish his response. I do absolutely respect Rosenblum's right of response - even though I disagree with some of Rosenblum's opinions here.)

I have no reason to doubt that Michael Lesher has done valuable work in the area of child abuse and will continue to do so in the future. His attempt to refute by ridicule my piece in the Jerusalem Post of three months ago, however, neither contributes to an informed discussion of the scourge of child abuse nor to civility in general.

Lesher accuses me of attempting to “wish away” child sex abuse allegations in Ramat Beit Shemesh. But I neither denied those allegations nor the existence of child abuse in the Orthodox/chareidi world in Ramat Beit Shemesh or anywhere else. I know very well from my wife’s experience as a psychotherapist within the chareidi community how serious the problem is, though, interestingly the perpetrators are much more likely to be family members, neighbors, and older children than teachers or rebbes.

Far from denying the problem, my piece began with a discussion of its seriousness and the long-term, often irreversible, scars left by abuse. And I specifically said that the chareidi world is just beginning to awaken to the gravity of the issue.

What I did critique in the Jerusalem Post news story to which I was responding was the implication that the leading chareidi rabbis of Ramat Beit Shemesh are either indifferent to the issue of child abuse or that they routinely believe the alleged perpetrator over the child accuser. (Not everyone who calls himself rabbi is a rabbinical leader or even a moreh hora'a.)

But I did not say or suggest that the author of the Jerusalem Post article or those quoted in the piece were motivated by anti-chareidi bias. Rather, I pointed out that no chareidi rabbis were quoted or had even been contacted by the author, and that the picture that emerged from the article conformed a bit too neatly to stereotypes of the backwardness of chareidim.

Mr. Lesher takes me to task for not dealing with the two serious allegations in the Jerusalem Post piece. There is a rather simple and, I would have thought, obvious answer. The two allegations are both made anonymously. I have no way of even knowing which rabbis were supposed to be involved or who made the charges, much less whether they are accurate. Like Mr. Lesher, my background is as a litigator. One of the first lessons I learned practicing law is that there are usually at least two points of view to every story -- not one honest person and one liar, but two different views of the same encounter or transaction. That lesson has served me well in life as well. For good reason does the Torah prohibit judges from hearing the testimony of one side alone, without the other party being able to respond. That is no less true of anonymous accusations made against unknown rabbis in newspapers.

Next Lesher mocks the qualifications of the chareidi rabbis to deal with allegations of child abuse at all. One is quoted as having prescribed “vigilance,” as if that were all he had to say on the issue. What he actually said – and I quoted in my column – was that extra vigilance is needed in Ramat Beit Shemesh because it is a new community, where people do not really know one another or their backgrounds. Something quite different.

Because I do not list the names of the experts with whom the rabbis I spoke to consult, Lesher implies that they do not exist. But I specifically wrote that Rabbi Kornfeld had given me a list of those experts with whom he consults and that we had discussed the different ways he had handled a number of cases. I did not think the names of those experts were of interest to the readers of the Jerusalem Post. (I also mentioned Rabbi Chaim Malinowitz’s invitation to Dr. Susan Shulman, a Boro Park pediatrician with expertise in child abuse, to address his congregation on preventing and recognizing child abuse.)

Rabbi Kornfeld told me that when parents come to him his first step is to suggest a therapist to evaluate their child – both with respect to the allegations and to the proper course of therapy. (I presume that Mr. Lesher has read Dorothy Rabinowitz’s work on the lives destroyed by the past-memory-recovered movement, and knows that not every child has correctly interpreted his or her experience or reported it accurately.)

According to Lesher, the only relevant issue is whether the rabbis tell parents to go immediately to the police. Why is that so? In at least one of the cases discussed in the Jerusalem Post article, we are told that the police did not prosecute. And, according to David Morris, who is one of the main sources for the article, only one of ten complaints brought to the police results in prosecution. When the police receive a complaint about a teacher, for instance, they do not even routinely inform the school that there might be cause for concern. So why are the police the only or even the best remedy?

Lesher labels my explanation of why turning the police into the sole remedy might deter children or parents from coming forward with complaints “one of the strangest I have ever seen in print.” Actually, I don’t think it’s that complicated. But I’ll try to make it simple for him. Where cases go to the police, and especially if they go to trial, there is a great likelihood that the name of the victim will become public. Parents will worry – and not without reason – that the knowledge that a child was a rape victim or the victim of abuse will scare other families away in the shidduchim process. Not because the victim is guilty of anything, but because of the deep scars left by abuse.

That said, I believe in cases of serious abuse parents should be encouraged to go to the police to prevent the perpetrator from harming new victims and to validate the seriousness of the wrong done to the child. When someone put his hand on the leg of one of my sons on a bus, his older brothers went back to the same bus stop the next week, photographed the perpetrator, and when he broke their camera, held him captive until the police arrived. He spent seven months in jail.

Finally, Lesher accuses me of “selective invective” and of “being uninhibitedly nasty.” To which I would say, “Kol hamumo b’mumo posel.” I am said to have accused David Morris of making a “wild claim’’ and demanding that “a teacher should be automatically fired the first time any student complains of untoward behavior.” I never attributed such a demand to Morris, with whom I have not discussed the issue.

Finally, Lesher characterizes me – whom he has never met -- as believing that the most important principle of all is that one may never criticize any rabbi, even if it means denying reality, blaming the victim, and covering up for the guilty – in short, fiddling while Rome burns. I guess he was being nice.

Anyone interested in reading what I actually wrote can find it at www.jewishmediaresources.com under  weekly columns/"Those Primitive Haredim Again," Jerusalem Post, June 12 2009.

(Note from David Morris: the article Rosenblum links to here is based upon that published in the Jerusalem Post, but it is significantly different from the original published article)