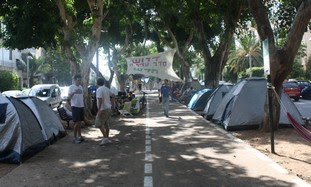 Whereas the tent-city protesters around Israel are demanding a quick-fix to these chronic problems, which have developed over decades, there is very little in the way of practical plans for achieving such a quick improvement.
There are undoubtedly hardships finding affordable housing in Israel. This combines with high food and other living expenses, and relatively low salaries.

In a 2011 survey (http://www.citymayors.com/features/cost_survey.html) of the cost of living in international cities, for example, Tel Aviv, is ranked #24, which makes it the most expensive city to live in in the Middle East. 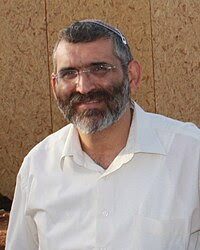 1. There is currently an effective freeze on building starts in Yehuda & Shomron. Plans are stalled, for political reasons (mainly at the Ministry of Defense), on over 10,000 houses/apartment units. So item #1 is to issue permits for all new building programs in Yehuda & Shomron.
2. There is also a slow-down, due to political pressure, on new building programs in Jerusalem. Removing that bottle neck will apparently immediately create a further 15,000 units.
3. Illegal immigrants from Sudan and other African countries, have recently taken up mass-residence in Israel, mainly in South Tel Aviv. Ben-Ari (who has set up a liaison office in South Tel Aviv to focus on this issue) estimates they occupy 15,000 housing units. Expelling these illegal immigrant workers would therefore free-up those units for Israeli citizens.

There is currently debate in the Ben-Ari camp, whether to therefore link hands with the social justice demonstrators, to find common cause.