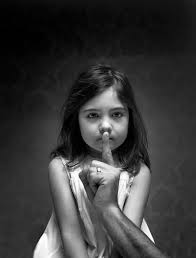 Two statements were issued this week in Israel about the frequency of child abuse.

On the one hand, Beit Shemesh mayor Moshe Abutbul, offered a 'correction' to his televised statement that "there are no gays in our holy and pure Beit Shemesh...if there were, they should be dealt with by the Ministry of Health and police".

In a subsequent interview on Army Radio, Abutbul corrected himself by saying that he hadn't understand the term "gays" (which is an English word, not his native Hebrew) and had believed it meant "pedophiles".

Abutbul therefore apparently meant to say "there are no pedophiles in our holy and pure Beit Shemesh...if there were, they should be dealt with by the Ministry of Health and police".

Aside from the issue that the Ministry of Welfare or the Justice Ministry, would probably have been what Abutbul meant, if he was really talking about pedophiles, not the Ministry of Health, there is also the mayor's paradisical claim that there are "no pedophiles" in this city of 100,000 people.

Coincidentally, at the Knesset subcommittee on child welfare, the results of a major survey were announced this week about child abuse.

The report, under the auspices of Professors Zvi Izikowitz and Rachel Lev-Weisel of Haifa University, together with the Israel Center for the Child, published the following findings:

* 10,000 children were interviewed for the report
* These children were aged 12-17 within the state education system (ie not including National Religious and Ultra-Orthodox)
* 48.3% of the Jewish children and 67.7% of Arab children reported they had been abused.
* Abuse included physical, neglect, emotional and sexual.
* "Emotional abuse is parental cruelty that is systematically repetitive and distorts the sense of identity and esteem of the child". 28%
* "Physical abuse is ongoing, systematic and deliberate cruelty that causes pain and suffering to the victim and is related to physical harm." 16%

* "Neglect is a prolonged disregard of the physical or emotional needs of a child". 15%
* "Sexual abuse ranges from sexual harassment to gang rape". 17.6%

The conclusion of the report is that the overall incidence of child abuse (48.5%) is dramatically more than the official reports which reach the social services and police (less than 2%).

This indicates that the rock-bottom level of under-reporting of child abuse, and the lack of child protection in the community, are the most pressing child safety issues in Israel.

It is hard for parents to internalise the extent of child abuse - that one in two children have been abused.

"We are seeing the number of calls for help double each year, as word spreads in the community, and even abroad, that Magen is available to help victims of child abuse," explained Ruty Meiri, Magen's social services director. "Most of the people who call us for help, would not otherwise have reported the abuse".

"We expect this rate of increasing calls for help to continue for several more years, as awareness increases in the community and beyond. We are very aware that we are still barely scratching the surface of the child abuse problem in Beit Shemesh."

Magen is inviting the City's mayor, Moshe Abutbul, to visit Magen, in order to better understand the nature and scope of child abuse in the city, and to work together to increase the safety of children in the community.