May 13, 2010
The mother who is alleged to have starved her own child; the man who repeatedly raped his 10 year old relative, for four years; the Rabbi who allegedly instructed & oversaw gross physical abuse of several children; and a five year old girl who complains the bus driver raped her….
In brief, one-by-one, through this litany of horrors.
---------- 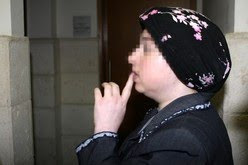 In a case which was a catalyst for days of violent riots in ultra-orthodox neighborhoods in , a mother who was alleged to have starved her own son, will plead guilty and be convicted of abuse and starvation charges. Her sentence will not be carried out in prison but under house arrest with her mother and the baby she gave birth to recently under full medical supervision and treatment.

The mother will have visitation rights to see her other children once a week. They will be removed from her home to institutions or foster families to be determined by the social services.
------------- 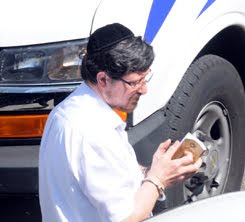 A court in Tel Aviv sentenced a 45 yo man to 25 years in prison for sexually abusing his two female relatives. The man, Ephraim Yegudayev - a vocalist who performs with the Israeli Andalusian Orchestra, a well-known classical-traditional Ashdod-based ensemble specializing in Sephardic and Andalusian tunes - was sentenced for rape, sodomy and sexual assault. He was also ordered to pay the woman he had raped repeatedly as a girl a sum of 100,000 in compensation.
One of the two girls came forward with allegations against Yegudayev when she attended kallah/bridal classes, and the suppressed traumatic memories from her childhood were awakened.
Yegudayev, who is a Torah teacher, had previously been indicted for several counts of pedophilia and sexual assault of minors. The accused, wrote the judges, committed the crimes while “exploiting his position and authority … only to unleash his twisted inclinations.”
-------------- 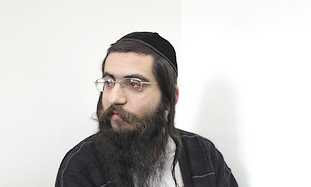 Four disciples of cult leader Elior Chen were convicted last week of severely abusing eight children.
Prosecutors plan to ask the Jerusalem District Court to sentence all of them to lengthy prison terms. However, the sentencing hearing will take place only in September.
At least some of the defendants - David Kugman, Avraham Mascalchi, Ro'i Tzoref and Shimon Gabai - plan to appeal their convictions.
Chen, who called himself a rabbi, told his disciples the abuse was necessary to "purify" the children, all members of one family. As a result, the children were severely beaten, burned, locked in suitcases and forced to eat their own feces, among other acts; one child remains in a coma to this day as a result.
In her ruling, Judge Nava Ben-Or called the case "incomprehensible," adding that has never before known anything like it.
For instance, Mascalchi, 25, was convicted of burning the fingers of one child, taping his mouth shut, stuffing him into a suitcase and leaving him there for some time. Kugman, 24, was convicted of tying up the children and then beating them. He also held one child to an electric heater, causing burns so severe that the child needed a skin transplant.
---------------
In other news, a 56-year-old school bus driver from Taibe in northern Israel was arrested overnight Wednesday after a five-year-old girl told her mother he had raped her several times when she had ridden by herself on the bus.
The police are investigating.
--------------
In case you are wondering whether the fact that three out of these four horrific cases of child abuse involve outwardly orthodox perpetrators, is coincidence… regretfully it is not.
According to the Center for Child Protection in , 65% of child abuse cases which are handled by the center, are perpetrated by orthodox men.
Why this is the case, is a subject for research and analysis.
Elior Chen Ephraim Yegudayev orthodoxchild abuse