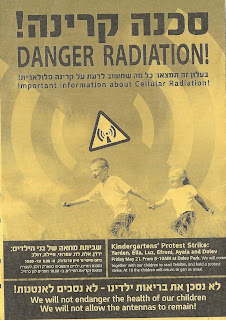 I guess some fifteen years ago, I used to receive Microwave & RF Engineering Magazine. Not that I’m an engineer, but at that time I had an interest in microwave communications. Most of it was way over my head, but I was amazed to read an article about the then-new cellular phones.
The article addressed an engineering problem, that there is inevitably an object blocking the path between the handheld cell phone antenna and the station antenna – and therefore a need to boost the microwave signal to transmit unhindered to the station antenna.
That obstructing object is better known as the human head.
The article concluded with a side-note. That the medical effects of the boosted radiation through the human head, could only be evaluated in twenty years time. 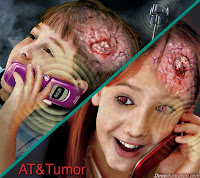 This week, a $24 million U.N. study spanning a decade and covering 13 nations was released. This report suggests frequent cell phone use may increase the chances of developing rare but deadly form of brain cancer. The report, which included Israeli participation, showed that those who use their cell phones more than half-an-hour per day show 40% more brain tumor (glioma) incidence than those who don’t use cell phones. A lesser spike of 15 percent was observed with meningioma, a more common and frequently benign tumor.
The authors of the report, the largest survey ever conducted on this subject, were rather coy about stating that this showed there is proof of a causative relationship between the cell phone usage and the health risks.

So, we haven’t yet hit the cell phone equivalent of the 1964 US Surgeon General’s Report on Smoking – which was a bombshell conclusively reporting the causative linkage between smoking and lung cancer. That report concluded that cigarette smoking was responsible for a 70 percent increase in the mortality rate of smokers over non-smokers. The report estimated that average smokers had a nine- to ten-fold risk of developing lung cancer compared to non-smokers: heavy smokers had at least a twenty-fold risk.
With the new UN funded report on cell phone radiation hazards, we’re a small step away from such a bombshell about cell phone usage. 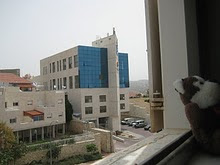 Meantime, back in Ramat Bet Shemesh, there is mounting concern about cellular Antennas which have been placed on the roof of a new shopping mall, located on Nachal Dolev, in the middle of a residential neighborhood, and a few yards from the nearest homes.
A grass-roots campaign has begun, informing the public of the risks, and channeling this concern for the safety of residents, into momentum and action for change. In this case, getting the antennas removed from the shopping mall.
For those who are only willing to assist with this campaign when there is clear scientific proof of the causative linkage between these antennas, and serious illnesses in local families (chas veshalom) – you may have to wait twenty years. By which time, it will be too late.
------
For more information about the issue of the Ramat Bet Shemesh cell phone antenna station, please contact removeantennas@gmail.com and/or join their blog at www.removeantennas.blogspot.com
cell phone antennas radiation risks ramat beit shemesh