Response to Rabbi Malinowitz' Letter to The Community 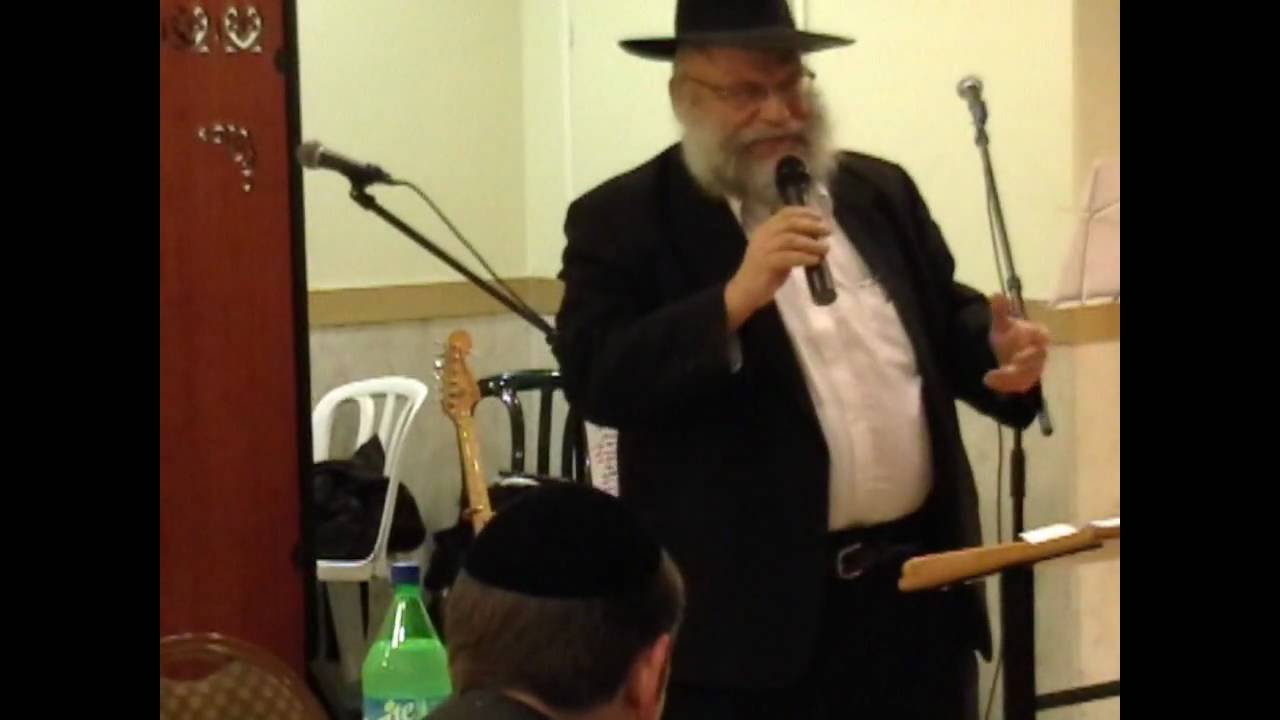 An Open Response to Rabbi Chaim Malinowitz of BTYA

(adapted from a letter written by a former BTYA congregant)

Rabbi Malinowitz, you wrote a letter to your congregation which you subsequently decided to distribute to the entire city, via flyers, and printing it in the Meidah B'Ramah, and in place of your dvar Torah in Chadash. I believe that rabbis are entitled to respect. However, once you enter the political arena, and replace writing divrei Torah with political diatribes, you become a politician, and can be treated like any other politician.

You write that Bet Shemesh is a popular place and has many benefits.
This is true. However, it was a popular destination even before Abutbol was elected, largely due to its location and formerly cheap housing (and more recently, because of the effect of a large Anglo
population). The attractions and benefits of Bet Shemesh are not because of Abutbol - they are despite him.

For you to talk about how wonderful life is in Ramat Bet Shemesh is strange, because you don't actually live here! You don't have to deal with shuls that are built on top of ganim - during gan hours! - with
nails dropping around the kids! You don't have to deal with a shopping center that has stores in dungeons and hopelessly inadequate parking, and with streets that are jammed full with traffic, all of which is only going to get worse with Abutbol's plans to stuff as many people in the city as possible without preparing adequate infrastructure. You don't care about religious extremism (of which I will write more later), which doesn't affect you.

And where did you make your home in Israel when you made aliyah (actually, come to think of it, you never did "make aliya" - as I recall it, you are not even an Israeli citizen, and so cannot actually vote, not in Beit Shemesh, and not in Israel - right?!)?
You chose to live in Mattersdorf - the center of hard-core Charedi Jerusalem! You are hardly a representative of what moderate Anglo Charedim are looking for in a place to live!

You ask "Why in the world does anyone think that Eli Cohen will be better than Abutbol?" Well, first of all because he has professional training - which in the eyes of everyone outside the deep charedi
world, is actually worth something. Second, because Abutbol has shown consistently that he will not take a stand against extremists. Third, because we think that Abutbol runs the city very, very poorly. People like Ephraim Naiman and others who have no anti-charedi agenda whatsoever, but who know what professional management is all about, all believe that Eli Cohen will be a much better mayor.

When you say that people who feel disenfranchised have created "their own virtual reality," and that those who left did so happily in order to get good prices for their homes, that is frankly offensive. On what grounds do you dismiss their pain? The extremism in Ramat Bet Shemesh doesn't bother you - because it doesn't really affect you. You don't live here, and you don't care much about extremist charedim - you liked living in Mattersdorf. You are immensely self-assured, and do not care about extremism directed against you.

Worst of all is that not only do you show a lack of understanding and empathy for people who feel disenfranchised, but you yourself have contributed to it!

You refused to protest the extremists who were causing problems for Orot, and wrote a 13-page
letter of "explanation" in which you displayed a gross lack of sensitivity to the distress of Orot children (saying "give them a chocolate.") You claimed that to join the protests against extremists
would create a false image that charedim are affiliated with extremists - whereas the fact that all non-charedi rabbanim joined the protests, and (almost) all charedi rabbanim refused to do so, in fact
reinforced the claim that charedim are affiliated with the extremists.
Your letter was so bizarre and offensive that even Jonathan Rosenblum, charedi apologist par excellence, denounced it!

And now even many people still in Beis Tefillah feel disenfranchised, when you sign a public notice that condemns and effectively curses anyone who doesn't vote Abutbol (notwithstanding your semi-private softening of that stance, how do you think that public statement makes the Eli Cohen supporters feel?). People feel disenfranchised when you write a regular column for Chadash (thereby effectively endorsing it), the hateful Mayor's mouthpiece that never reports about charedi extremism and violence, that trashes non-charedim wherever possible, and which is so vile that it makes every non-charedi (and many moderate charedi) residents of Bet Shemesh feel ill! I understand that in the past you justified writing in Chadash on the grounds that you are simply writing a dvar Torah, not endorsing Chadash's slander. But now you used that space allocated for a dvar Torah to instead print your political letter. Not only is this an effective endorsement of Chadash; it's also an affront to both the Torah and the city when you use a forum allocated to a dvar Torah to instead engage in political demagoguery.

Finally, you get to your main motivation - the notion that there is a Great War Against The Torah World, and that Eli Cohen is part of that.
First of all, there is no Great War Against The Torah World, just against the charedi system of low IDF/workforce participation, which harms the charedim even more than it harms the rest of society. You lead a shul full of doctors, dentists, and other professionals - yet none of their children will be doctors, dentists or professionals! They're going to be struggling in kollel or in low-income jobs, finding it especially difficult due to the contrast with the lifestyle that they enjoyed growing up (thanks to their professionally employed parents).

But that's beside the point. Mah inyan Eli Cohen etzel Yair Lapid? The only extremists that Eli Cohen is interested in opposing are the 2% of charedim that all moderate charedim despise, and that you
unfortunately refuse to ever join with non-charedim in opposing. Eli Cohen is not remotely interested in opposing the 98% of moderate charedim - he wants to be a helpful mayor to them just as much as to everyone else. The people making this election into a "charedim vs. non-charedim" war are the charedi
politicians and askanim, because they need a war in order to rally the troops. And this false portrayal finds support in those who have a tribalist siege mentality - such as people who refuse to stand in
support with Orot against violent extremists, because they will never stand with non-charedim against charedim, no matter how vile the actions of the charedim.

To say that Bennet "basically installed Eli Cohen as Abutbol's main opponent" is simply not true. Aliza Bloch was Bayit Yehudi's original candidate; it was only when it was realized that Eli Cohen was a more popular candidate that Bennet joined forces with him. Besides, Agudas Yisrael is running on a joint ticket with Bayit Yehudi in three cities in Israel! So if Bayit Yehudi cannot be a problem, because even Agudas Yisrael joins with them, what is the problem? Yesh Atid and Lapid? But Eli Cohen refused to join with them!

Besides, what difference does it make how Yair Lapid perceives Bet Shemesh? In any case, Lapid is going to be strengthened far more by Bet Shemesh continuing under Abutbol, than by it remaining a
multi-cultural town under Cohen. It was the extremists of Bet Shemesh, with the acquiescence of Abutbol, that catapulted Lapid into power in the first place! It's the refusal of Abutbol and the charedi
establishment to ever stand up to the crazies, whether they are trying to close schools or violently defend alleged graveyards, which makes the rest of Bet Shemesh, and ultimately all Israel, exasperated with the charedi world. And you, too, are responsible for that, in refusing to join the solidarity protests with Orot - as I mentioned, even Jonathan Rosenblum publicly criticized you for that. Lapid would never have been so successful if the mayor and moderate charedim here would have taken a strong stand against the extremists. It's the ultimate irony that you are telling people to vote for Abutbol in order not to empower Lapid, when it is Abutbol and the charedi rabbonim of Bet Shemesh who brought Lapid to power in the first place.

Finally, the entire tone of your letter is unbelievably offensive.
It's patronizing, sneering, and plain rude. In a letter that you publicized to the entire city, you call those who support Eli Cohen - about half the population - "Lapid's useful idiots," and ask "where is
your sechel." You sign on a Kol Korei that condemns them as "porshim min ha-tzibbur" - "separating from the congregation." Where is the derech eretz? How can a Rav write in such a way?

There is a wonderful poster circulating that calls on everyone to "refrain from negativity and encourage communal achdus." It is ironic that your picture appears on it.

In deep disappointment,
A resident of Bet Shemesh.