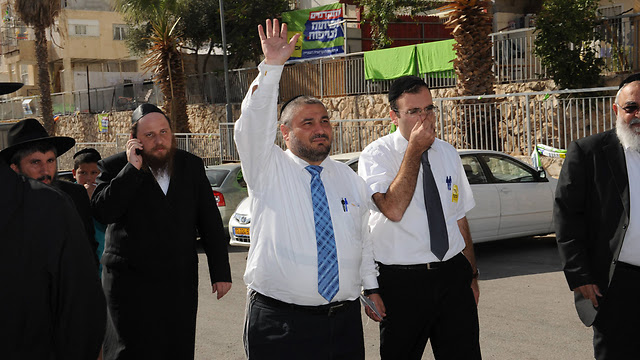 The use of criminal, illegal and immoral tactics by the 'winning' Moshe Abutbol campaign in Bet Shemesh, has led to various practical options to resolve the situation.

Option One is to re-run the disputed election.

I understand there are precedents for this in Israel, and the logistics do not need to be complicated. There is already a system for 2nd round elections in the case that no candidate for mayor obtains more than 40% of the vote. These 2nd round municipal elections will all be taking place around the country on 5th November.

So, in principle, adding Beit Shemesh to that list of second-round municipal elections on 5th November is feasible.

A problem is finding a mechanism which would force this election to be re-run.

The Supreme Court would need to rule - and that would require legal proof of the nature and scale of the fraud. The Supreme Court cannot judge immorality - which may stink, but is not a factor in law.

Another problem is that, even in a second round election, the results will likely be a similarly bitter 50/50 split of the population, and whoever wins that election will also not have a popular legitimacy to rule the other 50%. The division in the city will remain, even if another mayor wins.

Gidon Saar, Minister of the Interior, is due to evaluate dusted-off plans to split the city of Beit Shemesh into hareidi and non-hareidi cantons.

There would be two Town Councils - Beit Shemesh would have one, and Ramat Beit Shemesh another. Maps have been widely publicised in the press showing the possible split-up of the territories.

People point to Modein and Modein Ilit (Kireat Sefer) as a precedent.

To me, this looks like a logistical and bureaucratic nightmare - in the case of Beit Shemesh which, unlike Modein/Modein Ilit, is a 50 year old town. It would seem to be very complicated, expensive and the legalities would likely take years.

Option Three - Splitting The City By Time, Not Geography

I therefore propose a third solution to the current messy situation.

The precedent is the Shamir/Peres Government between 1984-88. Due to inconclusive election results in 1984, the two opposing leaders agreed to be prime minister for two years each. (More info here)

I suggest an agreement between Moshe Abutbol and Eli Cohen to split the term of office, so that each becomes mayor for 2.5 years. For the other 2.5 years they would each be a deputy mayor.

This will be seen by (close to) 100% of the population to be reasonable and fair, a mature approach to resolving differences, and should buy the city 5 years of fully functioning calm.

This does not require complex and costly logistics.

It is achievable by the two men simply signing an agreement, and moving on.

Like the other two options, Moshe Abutbul of course will not voluntarily do this. After all, he's sitting in power.

All three options require it being untenable for Moshe Abutbol to simply hold onto his mayor's seat.

There needs to be huge public pressure - demonstrations, effective PR and media for the cause, utilising every legal recourse and civil disruption. (Recall Orot Banot?)

IMHO - the end result should be a time-split between the two candidates.