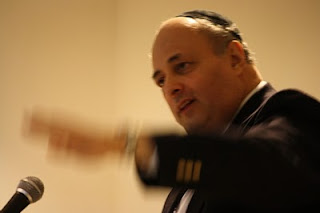 Dr David Pelcovitz at "Magen"
Sunday, January 16. 8:15 PM, Genesis Center, Beit Shemesh
The newly formed Magen organization has had its first child abuse awareness conference.
Magen is filling the need for services in the area of education, prevention and treatment of child abuse; judging from the head-count at the Magen event, there is a large interest in these services.
Despite being on a school night, the limited advertising, and that fact that Magen is a new organization, the conference was attended by over two hundred people, the vast majority of whom stayed late into the night to hear all the presentations.
The audience consisted of parents, who gathered together to hear the well-rounded program: 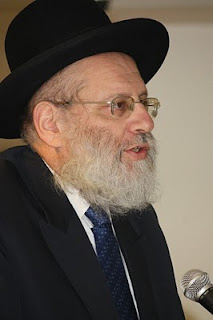 Rabbi David Spektor, Chief Rabbi of Givat Sharett gave introductory Words of Torah, as well as his personal praise and encouragement for the new Magen initiative.
Dr. David Pelcovitz, the renowned psychologist, speaker and author, delivered a powerful and informative lecture, which was directed towards parents, giving practical advice on prevention and identification of child sexual abuse.
Two survivors of sexual abuse, now adults, gave gripping testimonies of their horrific experiences; in both cases, their abusers are still at large. Magen decided that the evening was an opportunity for them to express their painful personal experiences, a necessary step in their recovery and healing. While some of the content expressed their own personal dissatisfaction with how their abuse was handled, it gave the audience a chance to see that there is much work to be done by us as a Jewish nation.  The understanding of the repercussions and damage caused by child abuse, and the anger by of those abused, who felt unprotected, should be a lesson to us all not to be complacent. No-one should believe they know everything about abuse. The study of abuse is fairly new, and up to as recently as the 1980’s the phenomenon was little understood or known about, even in society in general.
The evening featured an art exhibit by an abuse survivor from her art-therapy work. A take-home fact sheet was also distributed.
This program was therefore a platform to guide concerned parents how to communicate awareness with our children to help prevent and detect molestation issues. It offered hope and direction for those who intervene quickly after learning of abuse. It conveyed firsthand accounts of how improper handling of the crisis of child sexual abuse, or turning a blind eye, can lead to a lifetime of struggle for the survivors. The evening also offered an opportunity for survivors to be heard.
Magen’s staff achieves this holistic approach by being staffed with a board and advisers who are licensed social workers, trained crisis counselors, survivors, rabbis, experts in community organization, and ordinary concerned citizens who are trying to bridge the chasm between Jewish survivors of sexual abuse and their families, and the support they desperately need, especially for concerned religious victims who are not sure to whom to go and need discreet and effective help under Halachic guidelines. 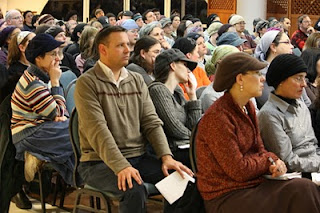 It was a difficult topic, but attendees left energized and feeling empowered, comforted in their knowledge that now these kinds of issues are being taken seriously by large numbers of people, and that there are institutions and individuals which are working in a professional and compassionate way, to improve how child abuse is handled in the Jewish community.
“Magen” is the new Child Protection organization of Bet Shemesh.
Magen can be confidentially contacted at magenprotects@gmail.com
Tel: 02 9997026; 050 8489001.
Dr David Pelcovitz Magen