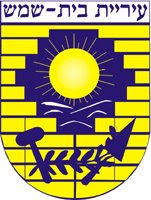 BUDGET READY FOR VOTE DESPITE SIGNIFICANT QUESTIONS AND CONTROVERSY
Mayor Abutbol is presenting the 2011 municipal budget to the city council for a vote this coming Wednesday evening at 6:00p.m.  It was not an easy process and there is still significant controversy surrounding the budget.
Issues include:
The law requires that before the city council votes on the budget, that a discussion about the budget take place in the city's finance committee.  Councilman Shalom Lerner tried to have numerous points clarified at the finance committee meeting but was told that the meeting had to end because the committee chairman, Deputy Mayor Dovid Viner (Agudah), was making a bar mitzvah that evening.  This breach in the law was reported to the authorities on the national level.

Despite these and numerous other issues, the budget is expected to pass (especially if the five new members of the coalition have to support it).  A complete report regarding what transpired at the council vote will be presented next week.
---------------

CORRUPTION FOUND IN THE PROCESS OF HIRING LOCAL FIREMEN
The chief of the Bet Shemesh Fire Department, Eli Peretz, sent a letter to the attorney for the Interior Department in which he alleges that Deputy Mayor Meir Balayish (pictured) made sure that family members and others close to him received jobs as local firemen despite their not being deserving or worthy of the job.  Ten people applied for 5 open positions at the beginning of the year and the 5 who were chosen all had close connection to Balayish who holds the portfolio which oversees the fire department.  Peretz wrote that Balayish has "interfered with my professional running of the station" and asks for intervention from the ministry "to make sure that politics don't mix with a service charged with saving lives."
--------------

FIRE CHIEF SAVES HIS JOB IN COURT
The tensions between fire chief Peretz (pictured, left) and Deputy Mayor Meir Balayish led to a court case in Labor court where Peretz challenged Balayish's attempts to fire Peretz.  The court ruled in favor of Peretz saying that Balayish was trying to fire Peretz in order to hire a new chief at a much lower salary to enable Balayish to hire more firemen.  The court even ordered the fire department, which Balayish oversees, to pay Peretz 6,500 NIS for his attorney fees.
-------------

SECURITY FENCE TO PROTECT THE MATEH YEHUDA/BET SHEMESH AREA UNDER DISCUSSION
Moshe Dadon, the head of the Mateh Yehuda region, appealed to Minister of Public Security Yitzchak Aharonovich (Yisrael Beitienu) to work to complete the gaps in the security fence close to our region during a meeting at the Knesset.  Arabs from town have easy access to our city and the surrounding moshavim and this has led to hundreds of robberies and, we have now learned, even murders.  Aharonovich was already aware of the situation through the petitions from local residents which have been sent to this office.  (Thank you again to all of you who signed those petitions)  Dadon has also been working with Deputy Defense Minister Matan Vilani to address the problem and begin work on this section of the fence.
Bet Shemesh