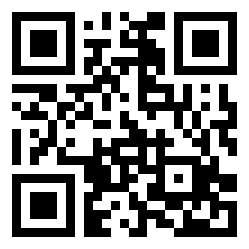 My wife and I recently visited Haifa and decided to get a bite to eat at the local shopping mall...

Of the modest range of restaurnts in the food hall about three or four were "kosher".

We decied to go to the falafal store, which had large signs saying "kosher" and "Kosher under the Supervision of the Haifa Rabbinate".

As we took our first bites from the falafal, my wif asked me if I had checked the kosher certificate.

Although I recalled having checked the other restaurants, I was uncertain about whether I'd checked this one...

I put my falafal (which was rather good) down and asked a staff member whether they had a kosher certificate. "Sure!" they replied, and directed me to a certifcate on their wall.

Indeed, the cerificate was from the Haifa Rabbinate and it included a QR digital barcode for verification purposes.

According to the instructions on the certificate, one needs to download the Baduk App to check the QR code.

Feeling like a real nudnik, I followed the instructions, dowloadd the app, and took a pictue of the QR code.

"Not listed on the system!" the app reported.

I tried again, and received the same response.

I went back to the person seving the falafal and asked him whether there could be a problem with their kosher certification. He claimed to know nothing about any problems.

I asked to receive our money back on the falafal (but happy to pay for the bottled drinks).

At first he refused, so I asked to speak with his boss. They phoned up the boss, who, after some persuasion, agreed to return our money and to speak with me. He told me that the rabbinate charges "a fortune" for the supervision, so they'd decided to stop payments. He could not explain why the certificate was still on the wall.

Still hungry, we headed for the local supermaket and bought yummy yogurts. Kosher.