Just a Few Minutes From Home! 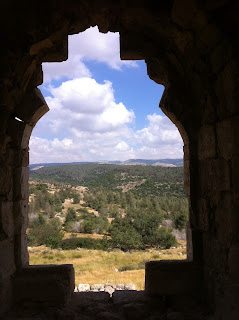 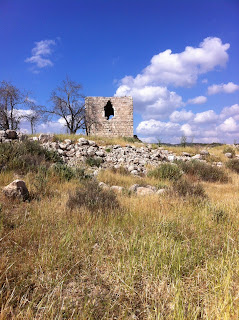 There are times when it's uplifting to join with a mass of people, doing the same thing at the same time.

I guess it brings out some tribal group instincts, but honed to greater or at least more modern causes.

A political demonstration can generate a surge of camaraderie.

Many people who attend funerals of Torah luminaries (lehavdil) report a strong emotion as they move with the massive crowd.

Sports attract large crowds to games with... large crowds. Being a part of that mass of humanity in the stands, supporting the home team, is a factor in why so many turn out for the game.

However, I don't really enjoy nature with a crowd.

So on Yom Ha'atzmaut, and indeed on most public holidays in Israel, it can be challenging to find a beautiful spot, which is also quiet.

The national parks are crammed with The People and the access roads are often jammed with traffic.

However, I have often noticed that, just a short hop from the crowds, off the main parks and tracks - you can still find solitude in awesome locations.

This year, we traveled a few minutes out of Bet Shemesh to the sweeping hills surrounding Moshav Aviezer.

We hiked for hours in the stunning rugged countryside, enjoying the protected nature, watching eagles swoop, and feeling the fresh wind on our faces.

The ruined tower (described on the map as an oil press, and pictured above) afforded particularly spectacular views.

And the whole time, we barely saw another person...

Maybe see you there next year?