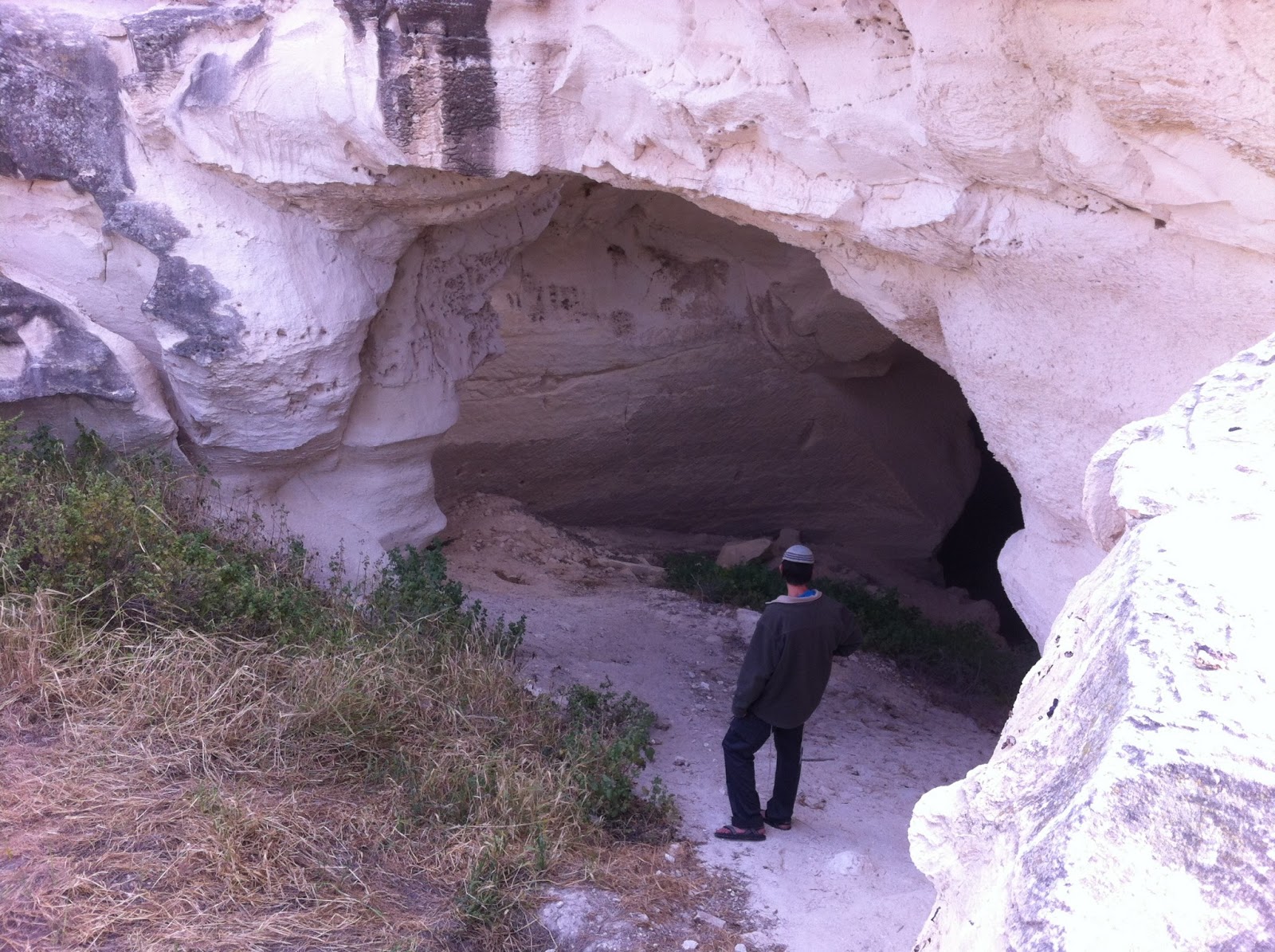 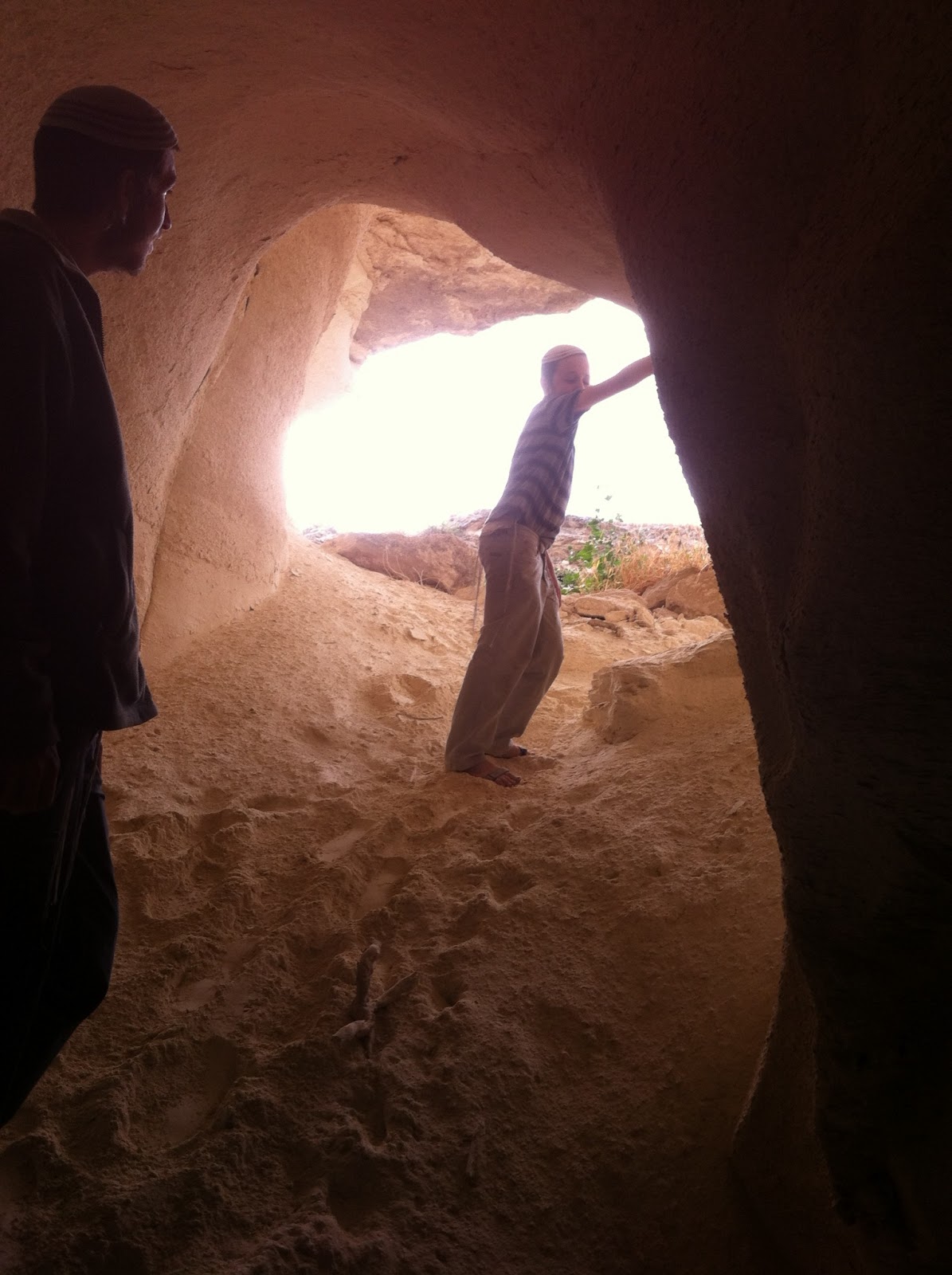 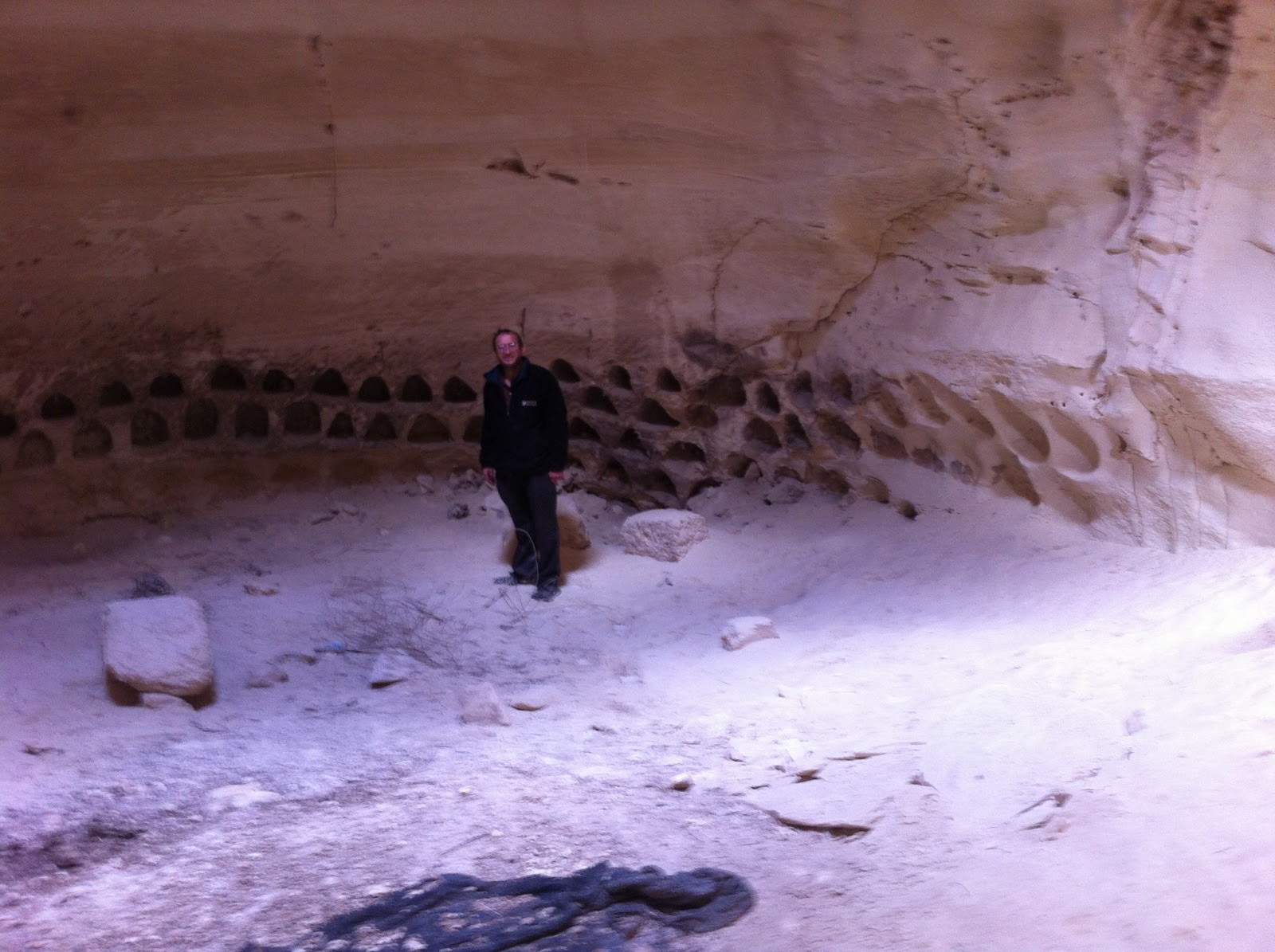 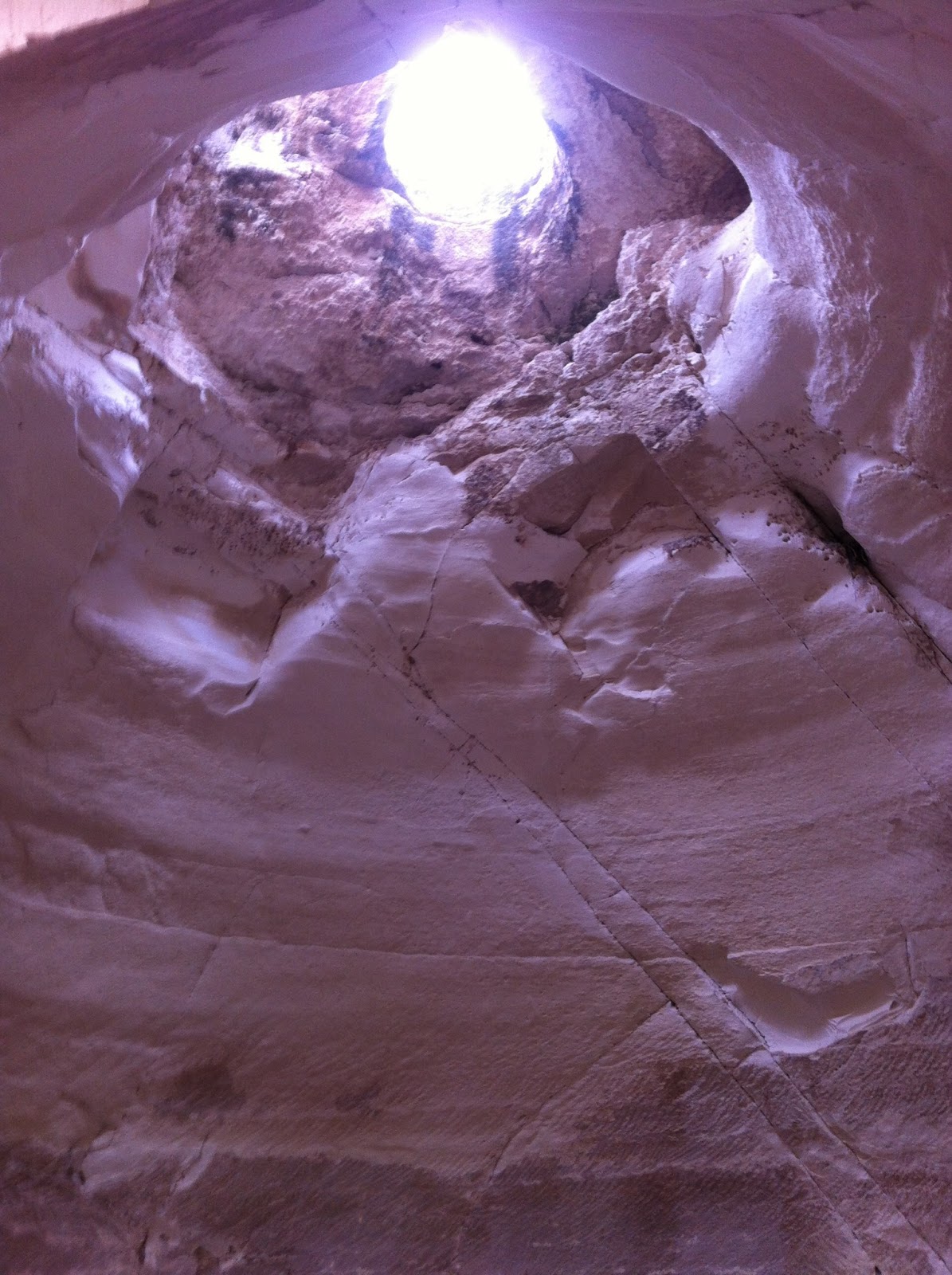 There is a wonderfully rich variety of historical and natural sites within just a few minutes drive from Beit Shemesh.

This past Friday we went exploring, and chanced upon a system of large & spectacular caves close to Beit Guvrin, but outside of the national park.

As you will see from the photos, the caves have many of the characteristics of the well-known caves of Beit Guvrin itself.

The bell shaped formation, carved out of the limestone, with an opening through the high ceiling, and some triangular niches carved into the walls ("columbarium"). The
se were apparently often used as a source for chalk, particularly for constructing roads in ancient times.

The large deposits we found of white dust made for a spectacular and rather messy snow-ball-fight. 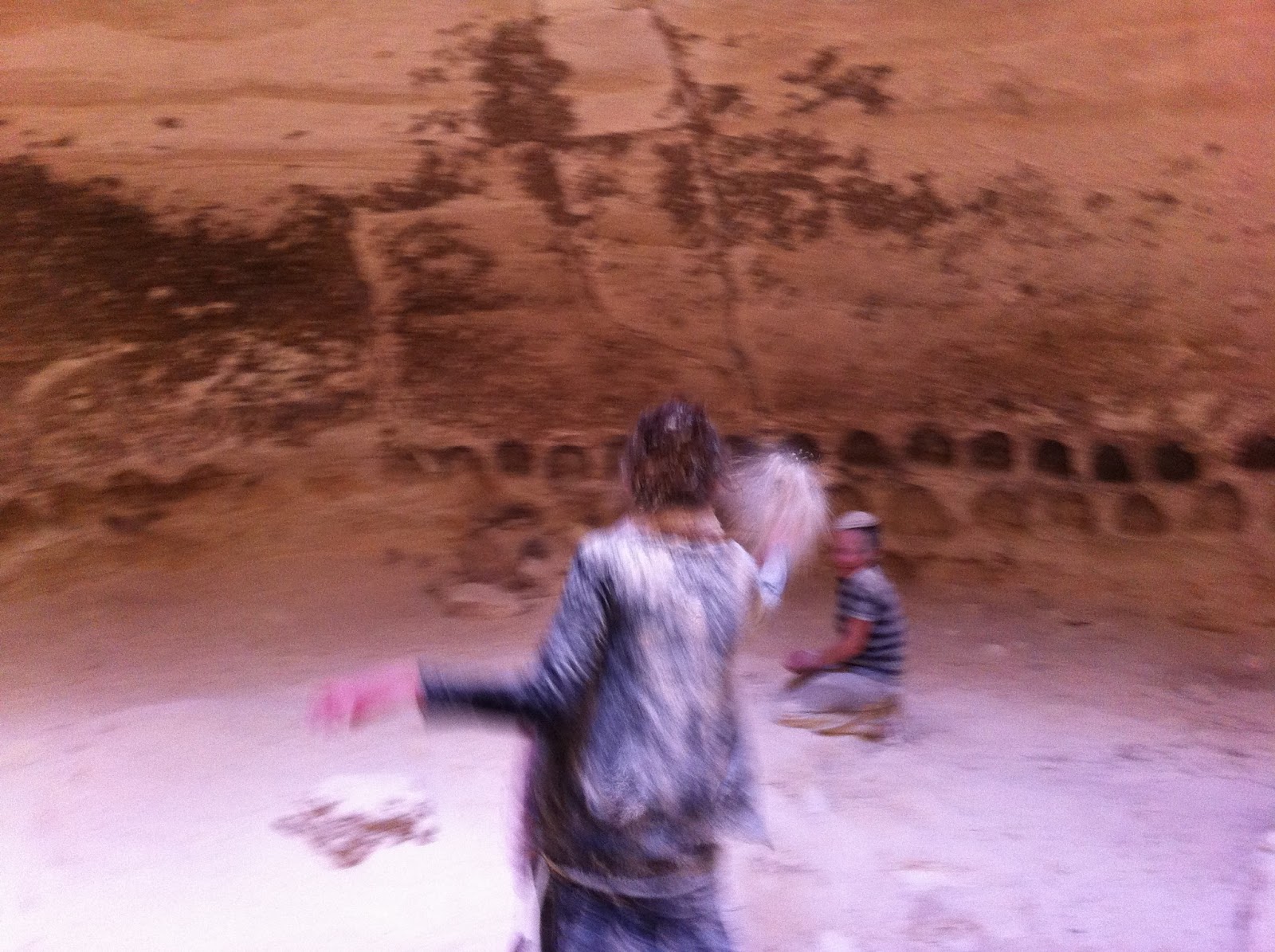 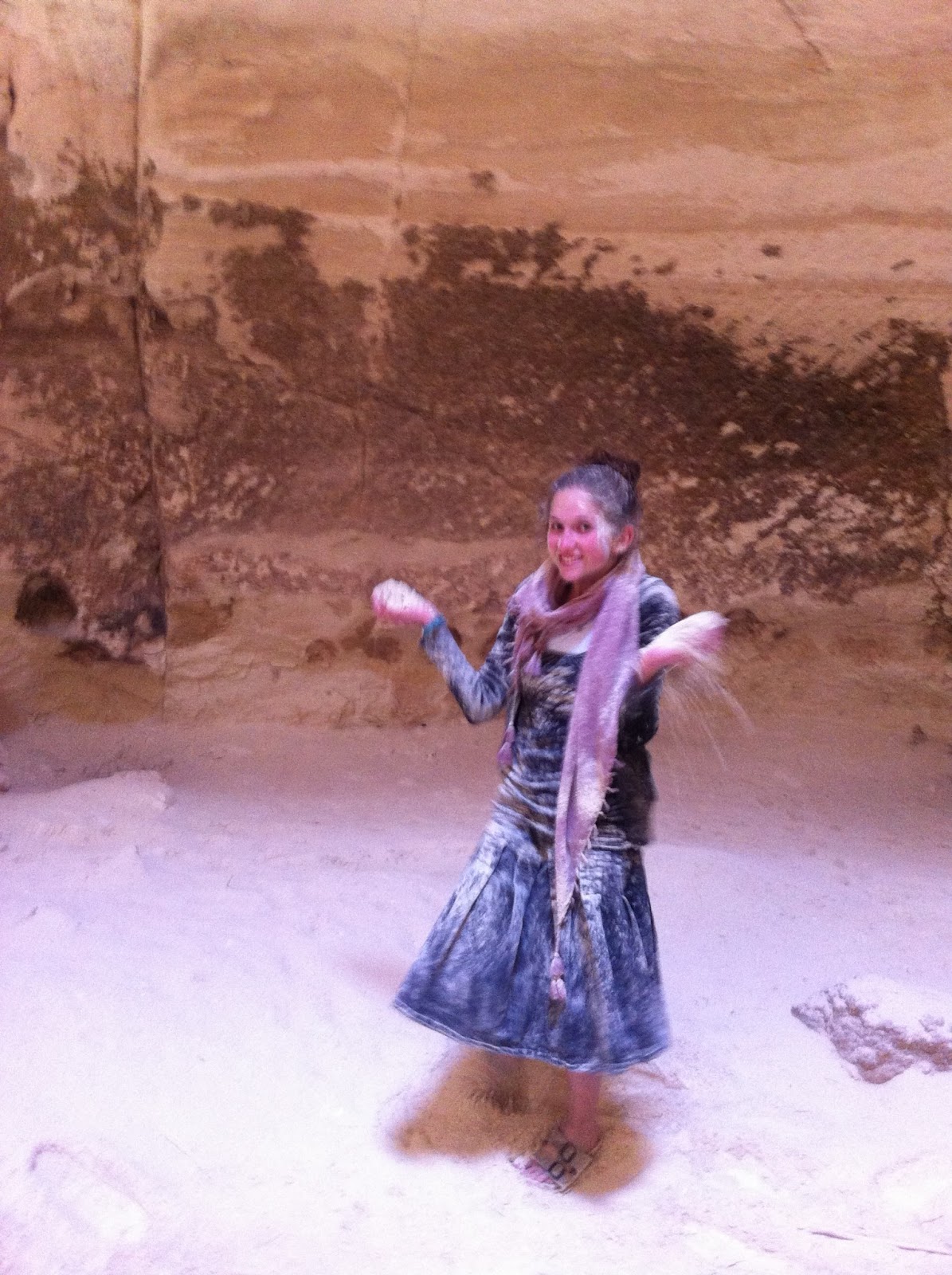 There are around 800 such caves in the area around Beit Guvrin!

Warning: while walking around off-the-beaten-track around Beit Guvrin, you must be extremely careful about where you put your feet (and your children, dog, etc). There are numerous open holes, some of which plunge tens of metres downwards - including into these bell-caves. These deep holes can be difficult to see among thick undergrowth.

Tip: Bring torches to explore deep into our local caves.