April 02, 2013
This article is re-posted here from "Gotta Givem Hope", with kind permission of the author Chaim Levin.

A few comments before the article itself:

1. The article provides an important insight into the criminal investigation process in Israel, from the point of view of a child abuse 'survivor' who is an adult resident of the US, pressing charges in Israel.

2. The "imut" confrontation described is typically used in he-said-she-said cases. This is an emotional and often stressful process, which can be empowering for the victim.

4. I have posted the complete article unedited; I have no privileged information regarding the case described. Anyone having additional testimony or information relating to this has been encouraged to contact Erwin Zalkin adv.

5. The article mentions the Statute of Limitation - which in Israel can be up to the age of 38. If anyone is a survivor of child abuse, and is interested to better understand their legal rights and position (under Israeli law), please contact "Magen": 02-9999.678 or after hours 050-8489001, email: davidm@magenprotects.org. 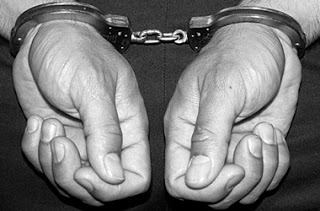 
Sholom Eichler was arrested on March 21st near Kfar Chabad for sexually abusing me as a child. I had already filed a civil lawsuit against him in New York and he ignored the lawsuit and fled to Israel with his family. The result of that lawsuit is still pending, I was awarded a default judgment against him and will hopefully know the amount of that judgment by this coming Monday, March 25th.

As I’ve written previously on my Facebook page and have told many people as well, the last place that Sholom Eichler molested me was when our families were visiting Israel together on a family trip while we were staying at the [then Hilton] David Citadel hotel. The details of that incident, along with many of the other incidents remain clear as day in my mind; I even remember the room number that he abused me in while we were in Jerusalem.

After ignoring the civil lawsuit against him in New York Sholom Eichler and his family fled to Israel because of the default judgment that I was granted against him. Unfortunately for Eichler, the criminal statute of limitations are much broader and severe in Israel, and so I spent the past few months researching my options before deciding to press criminal charges against him. It pains me greatly to know that there are so many sex offenders out there whose victims have the ability to bring them to justice but are too afraid to do so because of community or family pressure, or because they don’t feel strong enough. For 7 seven years I was frightened by the prospect of forcing Sholom Eichler into a courtroom or even confronting him, and it is thanks to the support of many great survivors, advocates, friends and family who showed me that it’s possible to pursue justice despite the staggering intimidation that many victims face once reporting their crime and/or going public especially when coming from more religious communities.

The Israeli justice system operates quite differently than what I was familiar with in regards to how sexual abuse cases are handled in the US. After I received confirmation on Thursday morning that Eichler was arrested, the police requested that I be on “standby” for when they would call me. I thought they would ask me to ID Eichler or something, but what came next was very unexpected. I was brought into a fairly small room with three police interrogators, one of them a translator, and was directed to sit in a seat right across from Sholom Eichler where he was sitting with shackles on his feet.

The main interrogator read Eichler his right to remain silent and warned him that anything he said would be used against him. I was still absorbing the fact that I was sitting right in front of the monster who took so much away from me, the monster that caused so much damage that no amount of therapy will ever undo, but within two minutes I was able to gain my bearings. According to legal experts in Israel, this process is called “eimut” (confrontation) and is used by interrogators to observe the body language between the victim and the accused. I was instructed to look at Eichler and tell him what he did to me, they were adamant that I describe every incident in detail and not hold back on anything. It was at that moment that I looked at the monster in the eyes and told him exactly what he did to me, where he did it and the painful and sensitive details of the times he abused me.

This “confrontation” was sort of like a court proceeding, after I gave my opening statement Eichler was given a chance to respond to what I said, and without an ounce of shame or remorse he attempted to deny everything that I claimed he had done to me. With every word he spoke, with every lie he told I felt my blood boiling to the point where I thought I was going to explode, but although he was lying, his body language was telling a very different story. He was completely unhinged and was shaking non stop, he sounded like he was on the brink of tears and his attempts to discredit what I was saying were clearly not working. One of the things I confronted him about was about a meeting that he and I had five years ago before he got married in which he apologized to me for what he had done to me. I looked at him and said “how dare you sit right in front of me and call me a liar? How do you live with yourself knowing what you did despite the fact that not only did you apologize to me but also admitted your crimes against me to my older brother and my mother as well?”. Eichler admitted to meeting me five years ago, (something he denied until now) and said “I didn’t apologize for what I did to you, I apologized for how you were feeling”.

I pressed further and recounted in vivid detail how Eichler used to wait on his parents’ porch that was just across the street of my school for when I would be walking home from school so that he can lure me inside to commit those unspeakable acts. I also recounted the times that he abused me in the synagogue that our families attended, in my parents’ house, upstate at the bungalow colony that our families both attended during the summer, and of course, one of the most brutal incidents, the last time, in that hotel in Jerusalem on the fifth floor. Eichler had the audacity to attempt and accuse my older brothers of actually abusing me; and when asked by the interrogators why I would make such claims against him he said that he was the “perfect target”. I responded to that by saying that if i was looking for a “perfect target” I would have gone after one of his older brothers which would have ensured that one of them would be sitting in American prison today because they would’ve been well within the criminal statute of limitations within the American justice system.

Those twenty minutes felt like hours and most of the exact details are quite blurred in my head at this point, but luckily it was all on the record and will surely be used to prove his guilt in criminal court. What I remember was the feeling of empowerment I felt when I looked at this evil excuse for a man in the eye and told him exactly what he had done to me and the look on his face, the expression of guilt and shame, feelings that I felt for far too long because of what he had done to me; the tables had finally turned and for the first time in thirteen years Sholom Eichler finally had to answer for his heinous crimes. After leaving that room, I felt nothing but strength and a certain of closure. As painful and emotional as that confrontation was for me, it reminded me that pursuing justice is one of the most important things that a person could do in his or her life.

Eichler was released on bail the next day, the exact amount is still unknown to me but I hope to find out soon, and it is my sincere hope that he will be prosecuted to the fullest extent of the law. I hope that others will learn by example that while at certain points the prospect of facing their abuser might seem impossible but the truth is that with the right amount of support, therapy, and healing facing one’s abuser IS possible and the power that abusers enjoy over their victims (the way Eichler had power over me) diminish over time.

Aside from knowing that it was my obligation to make sure that Eichler answer for his crimes and that I exercise every single legal option that was available to me in order to do so, I hope that by pressing criminal and civil charges against my abuser a better precedent will be set in the future for those struggling with the decision of if and how they should take action against those who stole part of their innocence, part of their soul. I know that by being so public about my past and about what was done to me is giving a voice to so many who feel like theirs was taken from them, something I once felt all the time. I’ve been publicly shamed on more than one occasion; anonymous emails and tweets from people who don’t even have the courage to use their real names remind me the importance of this journey and only empower me even more to pursue justice. Those voices of hate and negativity fade and the voices of my family, friends and every single person who supported me and encouraged me echo loudly for me and for the world to hear, to you all, I am thankful, I wouldn’t be here without you.