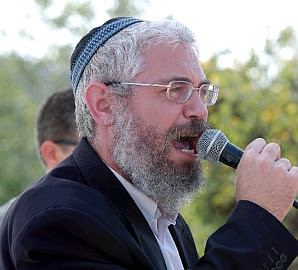 Rav Motti Elon, once the star rabbi of the National Religious camp, was indicted this week on charges of indecent acts against two minors.

The alleged incidents took place in 2003 and 2005, involving teenaged male yeshiva students. The Jerusalem District Prosecution claims that Rabbi Elon exploited his position as an educator and molested these two teenagers on various occasions in 2003 and 2005. Overall, the indictment covers five counts of forceful indecent act and abuse of authority.

Allegations against Rav Elon were first publicised in February 2010, by the hitherto unknown Takana Forum.

Takan Forum had been established in 2003 by leading National Religious rabbis, legal experts and mental health practitioners. The Rav Elon case was apparently brought to Takana soon after Takana opened its doors, and was the first (and so far only) case where Takana has gone public.

Takana's remit is to manage cases of alleged immoral or abusive sexual behaviour by rabbis, teachers and other influential people, within the National Religious sphere of influence.

This initiative followed the Netiv Meir () sex abuse case in which school principal Rabbi Zeev Kopelovich was convicted in the 1990's of molesting pupils in the school over a period of many years, and reportedly with the knowledge of some within the school’s administration, and senior members of the religious Zionist movement, who had failed to inform police about the crimes.

Takana's mandate is solely to manage cases where the suspect cannot be charged with criminal offenses under Israeli law – but may be immoral, abusive, inappropriate. Any case which is categorized as criminal, is referred for investigation by the police, not by Takana.

In the Rav Motti Elon case, the allegations received by Takana were apparently lodged by students who were not minors (ie were over 18) at the time of the alleged offenses, and who did not press charges with the police or in civil court.

Reportedly due to Takana's instruction, Rav Elon duly left his various rabbinical, management and teaching positions in Jerusalem, and moved to Migdal, a remote village in the north of Israel. This was part of a wider agreement, or protocol, by which Takana governed Rav Elon's behaviour and, in particular, his relationships with students.

When Rav Elon broke that protocol, Takana broke the story.

In the ensuing furore, Attorney General Yehudah Weinstein, instructed the police to investigate whether Rav Elon had committed crimes. The main differentiator being the ages of students who had brought allegations they had been molested bt Rav Elon. During the investigation, further students came forward, brought allegations to the police, and, according to the charge sheet, these boys were 17 at the time of the alleged offenses.

Takana is a well thought out program, operating in a minefield.

It is certainly a major step in the right direction, away from any assumption that religious (or any other) communities can effectively manage criminality in their midst.

This same lesson was learned, equally painfully, in the Modern Orthodox community in the USA with the Rabbi Baruch Lanner case. Allegations concerning Rabbi Lanner were brought by students to the NCSY Youth Movement, who referred the case to their parent organization, the OU, who established an internal Beth Din to investigate and judge the case.

That Beth Din cleared Rabbi Lanner of any misconduct.

When Rabbi Lanner was subsequently arrested in 2002, then charged, then convicted of sex offenses against minors, the OU was required to establish a second investigation, to make recommendations about how to assure such dangerous and scandalous foul-ups could not be repeated in the future.

One of Takana's objectives is to change the law in , so that rabbis, teachers and other people of influence, will be included in existing legislation which spotlights (for example) army officers and employers as being in "positions of authority" who can criminally abuse these positions, even in cases which would otherwise be considered consensual.

If the law were to be changed in this way, Takana would essentially be putting itself out of business – and, by the sounds of it, gratefully so.