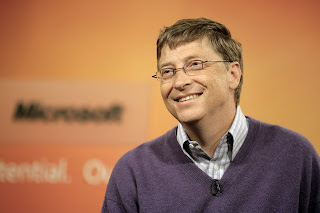 Bill Gates (about as gentile as anybody can be) advertised for a new chairman of Microsoft Europe. 5,000 candidates show up at the job screening. They are assembled in a large room. Among them is Maurice Cohen, a French Jew, a small, bearded, bespectacled man. Bill Gates thanks the candidates for coming but asks all those who are not familiar with the JAVA programming language to leave; 2,000 people rise and leave the room.

Maurice Cohen says to himself, "I do not know this language but what have I got to lose if I stay? I'll give it a try". Bill Gates then asks all those who have no experience of managing teams of more than 100 people to leave. Another 2,000 people go.

"Apparently you are the only two candidates who know JAVA, have managed large teams of employees, have advanced PhD degrees, and who can speak Serbo-Croatian. I'd like to hear you converse with one another in Serbo-Croatian."