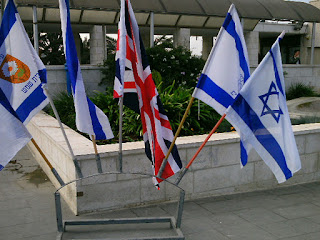 The Ambassador and Member of Parliament were accompanied by Mrs Nikki Ottaway (Richard's wife and a Court Magistrate) and Nathalie Tamam, Political Director of Conservative Friends of Israel.

The distinguished visitors came to Lema'an Achai in Ramat Beit Shemesh, in order to spotlight the community-based charitable social services organization, as an example for the British Government to take note of - and as an example of the positive impact of British Olim on Israeli society.

The UK Government has promoted a concept of "Big Society", which is to say that the grass-roots are being called upon to take on complementary and supplementary roles to Government services, including in the charitable sector.

Conservative Member of Parliament, and Head of the Parliamentary Committee on Foreign Policy, Mr Richard Ottaway described Lema'an Achai as "a shining example, here in Israel, of the principles of Big Society, now a central policy of the Conservative Party, and of David Cameron's Government".

The visit wrapped-up with scones with jam & cream, served up with English tea - kindly provided by local Brit and caterer, Mrs Miriam Kaplan.

Here's some snaps of the visit, including of the VIPs visit to Bet Shemesh Municipality and the Eshkol Community Center. "Official" photos should be coming soon.... 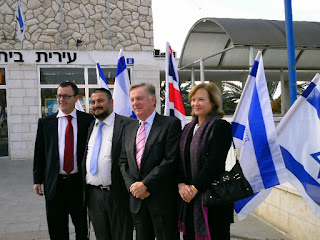 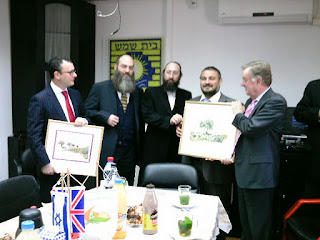 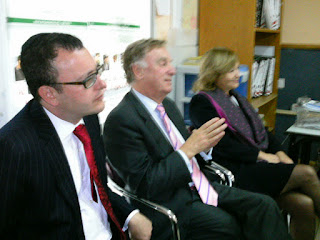 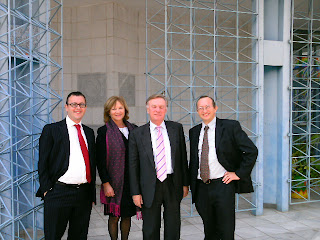