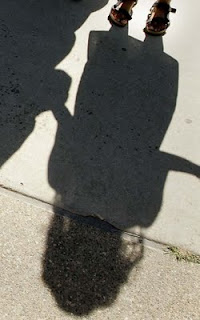 It has come to our attention that there is a man driving around Ramat Bet Shemesh who has tried to abduct children, usually girls from the street.

He has seen to be driving an old white 1991 year Subaru type car (box like). He is darkish in complexion, has a beard (not short), and was wearing a velvet Kippa. The car seats had lines on them – in a crisscross pattern which creates a pattern of small ‘boxes’ or ‘squares’.

His modus operandi seems to be that he drives next to the child, stops and calls to them saying he has sweets/mamtakim, or that he is lost and needs directions on how to go out of the Rama. When the children
approached the car he tried to grab them and then attempted to molest them.

His last known attempts were on Nahal Arugot. This person may have been seen a few years ago doing similar activities – or at times sitting in a car doing activities not meant for the public domain.

Anyone who notices anything strange of this nature should take down a number plate and if possible take photos and certainly intervene if one sees a child being lured into such a car, in this manner. Please
note any identifying information, such as location of incident, type of car, color of car, notable dents on the car, description of the person and what he is wearing, smells and any other details, even if they seem inconsequential at the time.

For victims, it’s essential that the police are informed so that they can investigate and arrest this person. Please contact the Police and Magen if you have any information or you need assistance in coping with this problem.

It's essential to know where our children are at all times and specifically they should be instructed NOT to speak to adults they don't know, and NEVER to get into the car with an adult they don't know, even if the adult offers them candy or says he's lost, and even if he looks frum. It is a good idea to role-play these situations with your children, telling them to quickly walk away if someone they don't know tries to talk to them, and scream loudly if anyone (including people they do know) tries to touch them.

Please note: The Magen hotline service is manned by volunteers trained and supervised by ELI, Israel's Child Protection Organization; it is still experimental by nature.

Magen operates under Halachik guidance; with the brachos and eitzos of Gedolei Yisrael; and under Israel's Child Protection Legislation.