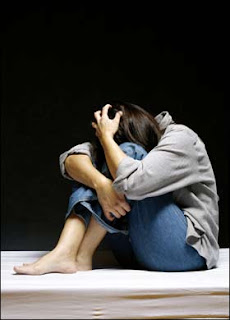 A woman aged over thirty, recalled for the first time during therapy that she was sexually abused as a child by her father, and a Haifa court has now found the father guilty of child sex crimes, all these years later.

Expert witnesses explained to the court that ‘forgetting’ a trauma is a common self-protection response in abuse victims a condition called dissociative amnesia. This is symptomatic in Post Traumatic Stress Disorder.

Our brains apparently have an ‘erase’ button, which can delete painful memories, as a means of preserving functionality. I suppose it’s a bit like a doctor’s decision to sever a gangrenous limb, to save a patient’s life. As a post-traumatic response, the brain shuts down some memory, and otherwise continues functioning normally.

The reason this case is an important precedent is:

1. The long time (20 years) between the abuse events and the court case;

2. The long period during which the events were forgotten by the victim;

3. The reliance on one witness’s testimony, backed by psychologists and experts.

In the USA there is a debate about the “Markey Bill”, the Child Victims Act, in the New York State Legislature (its lead sponsor is Queens Assemblywoman Marge Markey). The bill would allow victims of childhood sexual abuse recourse toward obtaining justice against their abusers by providing a one-year “window” in which to file a civil lawsuit at any age, and would extend the statute of limitations for pressing criminal charges from age 23 to 28.

Here in Israel, the Statute of Limitations did not apply to this case (except for some allegations which took place prior to 1986 – for reasons which are not clear to me).

As a result of this legal precedent, victims/survivors of child abuse can see justice done, even decades later, which is a major contributor to their eventual healing; and pedophiles can be taken off the streets, even decades after their crimes.