“When we were slaves in Israel….” 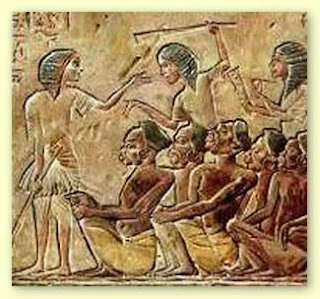 Slavery is alive and flourishing right here in Israel....

You thought that slavery was abolished. Right?

US educated readers will recall that the 13th Amendment to the American Constitution reads: Neither slavery nor involuntary servitude, except as a punishment for crime whereof the party shall have been duly convicted, shall exist within the United States, or any place subject to their jurisdiction. 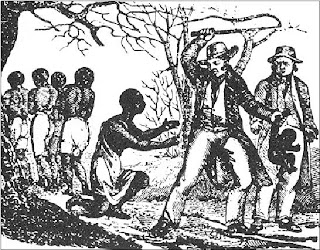 My History teacher in England told us about William Wilberforce and the Slave Act of 1807, which outlawed the slave trade in the British Empire.

In 1948 the Universal Declaration of Human Rights ensured many freedoms, and it outlaws slavery explicitly: “No one shall be held in slavery or servitude; slavery and the slave trade shall be prohibited in all their forms”.

Yet, today slavery is common throughout the world, and expresses itself in the human trafficking and trading of women for sex, men for manual labour and children for both.

According to researcher Siddharth Kara, the profits generated worldwide by all forms of slavery in 2007 was $91.2 billion. That is second only to drug trafficking in terms of global, criminal, illicit enterprises.

Israel was highlighted in the 2005 American State Report on Trafficking in Persons demoted Israel from its previous non-flattering grading (with 42 other countries) as a Tier 2 country, i.e. a country not yet meeting the minimum standards required to fight human trafficking, to the even lower grading of "Tier 2 Watch List".

This report provided the momentum in the Kenesset for the upgrading of anti-slavery legislation – and on October 9 2006 the Israeli Parliament (finally) passed a comprehensive anti-trafficking law.

According to Kav HaOved, the Workers Right NGO in Israel, foreign workers are still regularly brought to Israel by involuntary means, and they are abused on arrival by their employers (usually manpower contractors) who confiscate their passports, set “supervisors” (foreign thugs) over them to beat them, threaten recriminations upon their families “back home”, and enforce severe and violent discipline. They have very few recognizable labour rights, and have very limited means of recourse to the law, without risk of being imprisoned and expelled themselves - or simply being beaten up by their "supervisors".

In addition, there were some 3000 women operating as involuntary prostitutes in Israel; legislation passed in 2000 and some enforcement has apparently reduced these numbers – although some Women’s Rights groups have claimed that the legislation has simply driven the illegal trade further underground.

According to the Israeli Government : “ Illegal foreign workers come to Israel from Romania, Ghana, Nigeria, Colombia, the Philippines, Turkey, Ukraine Russia, and other former Soviet countries, in all from sixty-seven countries worldwide.


Problems of illegal workers are mainly related to exploitation - terms of employment; living conditions; social benefits that fall short of accepted levels; denial of workers' freedom and/or holding them as hostages; and, in extreme cases, trade in these workers, in contravention of accepted moral norms and mores. 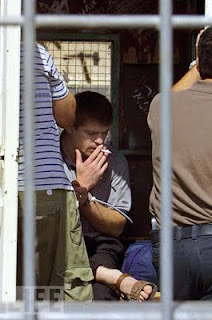 Israel regards illegal foreign workers mainly as victims and the focus of its policy is to treat the causes of victimization, rather than the results…. In order to stem illegal immigration, and above all "white slavery"….

The good news is that The Histadrut Labor Federation executive has announced this week it will accept foreign workers into the union; the executive decided to change the organization's bylaws to allow migrant workers to join its ranks.

With the strength of the Histadrut, and the sympathetic and motivated approach of the Israeli Government, now apparently behind bringing basic rights to foreign laborers, hopefully the practice of slavery really will now finally be abolished – at least in Israel.

Meantime, next time you read about the “illegal foreign workers”, and be tempted to toast their “good riddance” – spare a thought for the thousands of enslaved laborers right under your nose, right here in Israel, probably building a house near you (and perhaps built the house you’re living in), and the involuntary/enslaved prostitutes who are discretely engaged in ‘business’ on your town’s side streets….