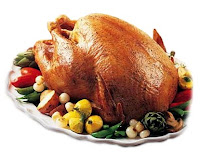 There is well known dispute about the fact that Jews eat Turkey, although there is no “masorah” (ancient tradition) that it is a kosher bird.

I am currently in Ankara, Turkey.

As I arrived at the gates of a major manufacturer here, I was told by the security guard that I would have to remove my kippa (skull-cap) before I would be permitted to enter the premises.

I had also been told to remove my kippa when I visited the Mausoleum of Ataturk in Ankara.

There has been a recent spate of extremely anti-Israeli, and even anti-Semitic rhetoric by Turkey’s Islamist Prime Minister, Recep Tayyip Erdogan, which included the public verbal abuse of Israel’s President Shimon Peres at the Davos World Economic Summit, and by Turkish TV, which screened a series about Israel/Palestine, which included gross scenes of Israeli soldiers murdering cute children in cold blood. Meanwhile, the Turkish Government has embraced Iran, Syria, Kurds and the Armenians – while canceling a joint army exercise with NATO because it included Israel.

Stories abound of frightened Jews in Istanbul, which has suffered several devastating bombing attacks in recent years, including on two synagogues – and who are apparently now considering increased emigration from this ancient Jewish center, to Israel.

The thought crossed my mind, for just a moment, that I should protest the command to take off my kippa – as an anti-Semitic and racist directive.

However, a second perspective on the event led me to think again. 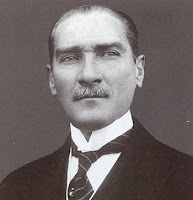 Mustafa Kemal Ataturk was the iconoclast founder of the Turkish Republic in the early 1900’s – a true revolutionary, who overthrew the Ottoman characteristics of Turkey, and replaced a new modern, Western, Secular republic. Out went the Sultan, off came the traditional fez, away went Arabic script, and dozens of other ages old traditions were scrapped – and generally even banned.

Today’s leader Erdogan has made some steps to bring back more Islamic behavior to this avowedly secular state. But not really got very far.

Erdogan’s AKP party tried to revoke the longstanding ban on religious girls wearing headscarves on University Campuses. They argued that by banning scarves, the effect was to forbid religious girls from obtaining a university education; a pretty compelling argument, methinks. However, this was defeated – and the ban on headscarves remains.

Both Ataturk’s mausoleum and the manufacturer I visited are bastions of Turkish secularism.

The reason I was asked to remove my kippa is because these places ban all religious head-gear. This is not aimed at the Jewish Kippa, but at the Moslem Taqiyah skullcap and the women’s hijab headscarves. It is not anti-Jewish – it is anti-Islamic.

I’m not sure that makes it any better, in the broader view of things, but I took off my kippa without further ado, while forcing a smile to the guards.

It’s easy to confuse signals – and get one’s wires twisted.

Like you thought, from the title, picure and first line, that this article was about kashrus and turkey meat.