The Drums of Peace 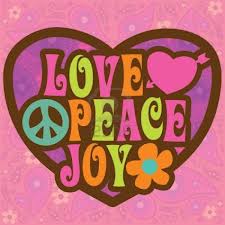 "Peace" sounds as universally positive as apple pie and motherhood.

However, in our corner of the Middle East "Peace" has become associated with terror, national humiliation, and thousands of dead.

The Oslo years brought exciting hopes of improving life for Israelis, Palestinians, and our whole region.

However, after two intifadas, and over 1000 Israeli civilians murdered, in cafes, on buses and in their beds, in what the Government of the day called "the Price of Peace", "The Oslo Peace Process" had clearly become Orwellian double-speak for "mass murder of innocent Israelis".

Israel handed over control of the Palestinian population centers to the PLO - which then became a direct threat to Israel, as the launching pads for dozens of suicide bombers. Israel finally struck back with Operation Defensive Shield and regained some security control.

The humiliating style of Israel's subsequent hasty withdrawal from Lebanon, as a response to the Four Mothers protests, after two decades of IDF security presence there, resulted in the popularization and strengthening of Hezbollah, and their dominance of Southern Lebanon - as well as Hezbollah achieving national power in Lebanon via the Beirut Parliament.

The Ariel Sharon 'Disengagement' from Gaza, the destruction of 19 Jewish villages and towns, and forced eviction of 9000 Jews from their homes, handed victory to Hamas - their coup over Gaza, and Hamas's power-to-kill over the whole Southern half of Israel.

All this was in parallel to decades of stop-start negotiations-about-negotiations with the Palestinians.

Suffice to say that, perhaps with the sole exception of The Camp David Accords in 1978, no good seems to have ever come to Israel under the rubrik of "Peace".

So, it is no wonder that many of us find the current round of "Peace negotiations" with the Palestinians to be chillingly frightening.

The envisaged result - the forced evacuation of 100,000 Israelis, and the establishment of an independent State of Palestine over Judea, Shomron and East Jerusalem - will almost certainly be far worse for Israelis than the current status quo.

The drums of peace are now beating.