June 11, 2010
Bet Shemesh Weekly News is published with kind permission of Rabbi Dov Lipman.
(If you would like to contact Rabbi Lipman, please email to: ddlipman@aol.com).

ARSON SUSPECTS ARRESTED, FIRES STILL CONTINUE
This past Sunday, the fires in the area continued with the largest fire to date.  Across from RBS Aleph along Nahar Yarden a huge fire could only be stopped with the work of the entire fire department plus two airplanes.  Residents of RBS caught 4 suspicious youth and held them until police came.  The police found fire related materials on the boys and arrested them.  The boys are prime suspects and their parents were also brought to the police station for interrogation.  Despite this positive development, smaller fires continued during this past week.

MINISTER OF RELIGION UNHAPPY WITH MIKVA AGREEMENT
The Minister of Religion, Yaakov Margi (Shas, pictured) met with the head of the local religious council, Yehuda Medizadeh, and Rav Spector, and voiced his objections to the recent mikva agreement.  According to the Minister, no government mikvaot should be under any level of control of private Rabbis.  He said he would respect the agreement, though.  Medizadeh and Rabbi Spector emphasized that even according to the agreement, the mikva on remains under the control of the religious council.  The threat of an impending lawsuit from women of the neighborhood has not yet been withdrawn until their attorney, Aviad HaCohen, is convinced that the language of the agreement satisfies their needs.

BEWARE - PARKING TICKETS
Deputy Mayor, Meir Balayish (Dor Acher, pictured), met with city inspectors last week and complained that there were not enough tickets being issued.  So, in the early morning hours during this past week, the inspectors went out and issued more than 1,000 parking tickets.  Many of these were issued to people who were parked near Batei Knesset for Shacharit and many were issued for parking while facing the wrong direction.

MAMMOGRAMS ON WHEELS COMING TO THE CITY
The Union to Combat Cancer will be in Bet Shemesh between Jun 13th and June 18th with a Mammogram on Wheels program for those on the Klalit insurance plan.  Women should arrange appointments via the local Klalit branch. 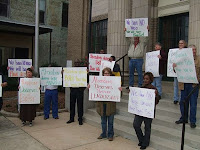 CITIZENS GROUP UP AND RUNNING
Over 750 citizens from the city's many diverse populations have joined together to begin contesting many of the policies of the city government through a variety of activities and protests.  If you want to work to make sure that all populations receive all their schooling, housing, and cultural needs and want to make sure that all populations will feel comfortable remaining in the city, please go to http://www.atzuma.co.il/betshemeshelanu/  to join the group.
ATTACK ON CHILD IN RBS STOPPED
An 8 year old girl was walking home from school in RBS when a 20 year old, dressed in chareidi garb (a possible disguise), followed her home and into the stairwell of her building where he grabbed her.  She screamed and ran towards her apartment causing the attacker to flee.  Police arrived on the scene and tried to find the suspect with the help of a neighbor who saw him flee but to no avail.  While we are blessed to live in a safe area, please educate your children to be aware if anyone unusual is following them and to scream for help in a case of danger.
[For more information about child abuse, call Magen 02-9997026; email: magenprotects@gmail.com]
WORLD CUP ON LARGE SCREEN 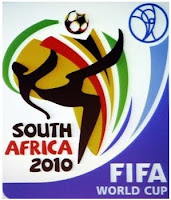