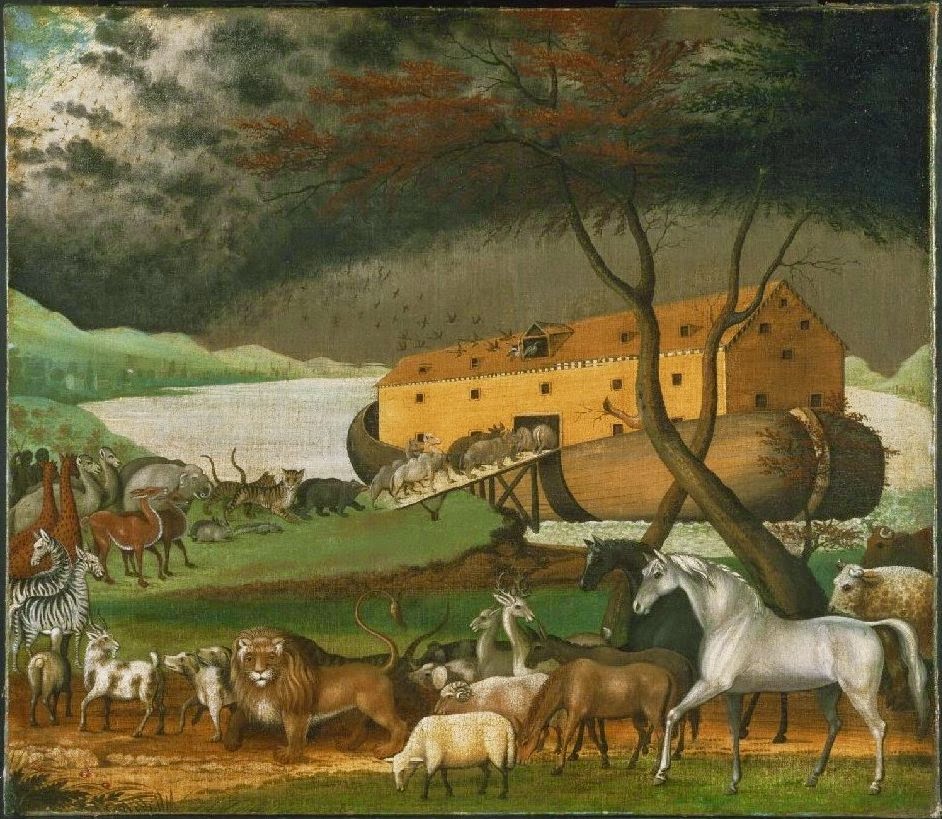 I would suggest there is an overlooked co-star in this most holy and ancient drama of Noah.

We think of the book of Genesis as the development of Man, from Adam, through Noah and to the Forefathers of the Jewish people - particularly these men's developing relationship with God.

Yet, in the Portion of Noah the word Aretz/Land is mentioned a remarkable 57 times and the word Adama/Ground a further 10 times.

As much as the Flood is a story of the sinfulness and destruction of the corrupt generation of Noah, it is also about the contamination and cleansing of the Aretz itself.

A reason for the flood, rather than say a plague or drought, being the chosen means of destroying the corrupt generation, was because the corruption was also in the Aretz itself - and the way to destroy or cleanse the Aretz, is with water - large amounts of it. In essence, returning to the primal time of Creation when there was water covering the earth Gen 1:2 "....and a breath of God hovered over the waters".

The Flood seems to have been like a huge mikve - purifying the Aretz itself from the contamination it had undergone during that degenerate generation.

Indeed, the number 40, as in 40 days of the rain, parallels the 40 seah quantity of water required for a mikva.

Even the rainbow, the sign of the new covenant by God, is on the one hand a promise "to every living soul that is with you [Noah], for the generations of all time" (Gen 9:12) and also
"it shall be now a sign of a covenant between Me and the earth/Aretz."

For the rationalists who may question Aretz becoming contaminated by sin, and requiring such cleansing, I note that certain parts of the Aretz are more Holy or sacred than others. The Garden of Eden was where "God walked" - and was so sacred that the post-sin Adam and Eve, and all mankind afterwards, were required to be banished from it.

And in the time of Abraham, a section of the Aretz, situated in the Middle East, was designated as the Promised Land or the Holy Land.

If the Aretz can be Holy, then (other) Aretz can also be contaminated and sinful.

I had the privilege of meeting up with Rabbi Abraham Twersky on Friday night, Parshat Noach.
I asked Rabbi Twersky if he knew of a source to back up this Aretz theory for the Flood.
He reached for Iturei Torah, and showed me on P.66 a very similar observation about the Land being corrupted, and the Flood being required to purify the land, like a mikve.
Baruch Shekavanti!