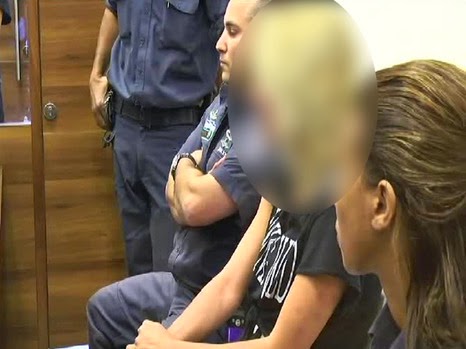 The Israeli media is achatter about a 38 woman from Kiryat Gat (a town between Jerusalem and Beersheva), who is alleged to have had sexual relations with minor boys and with many others. In the words of the woman's lawyer "with anyone willing". The media is talking about "hundreds" of male partners.

The story was initially more dramatic, peppered with a rumour that the woman was carrying AIDS/HIV - and raising the specter of hundreds of boys and men (and their partners) who may also now be infected. The woman was subsequently checked and found not be a carrier.

Much of the discussion is about the level of knowledge that the authorities had of the woman's activities, such as the police and social services, which apparently stretches back up to five years. The authorities are defending their role by saying that "there was nothing they could do" to prevent the ongoing situation, without the woman's cooperation.

Other commentators are pointing to the absent parents - who either did not know (and presumably should have) or did know and did nothing. The case did finally get addressed by three parents, who filed criminal complaints.

Another angle being discussed is the fact that the victims were male of a female perpetrator. This is itself unusual - the overwhelming majority of sex offense perpetrators who are reported are males - according to research just between 5-10% are female perpetrators. These are often first degree relatives, particularly mothers; and women will mental health issues.

It also raises mixed feelings, particularly by men, as to the extent that a boy having relations with an older woman is actually abusive by the woman - as popular male culture paints such a relationship as titillating, rather than abusive. Whereas there is general consensus that where the victims are minor girls of an adult male, the offense is clear; however, there is ambiguity in the eyes of many when the victim is male of a female adult, even when he is a minor.

Indeed, this moral-blur factor has itself contributed to the very low reporting of female sex offenders globally - and probably in this case also, which went on 'unnoticed' in the small town of Kiryat Gat for over five years.