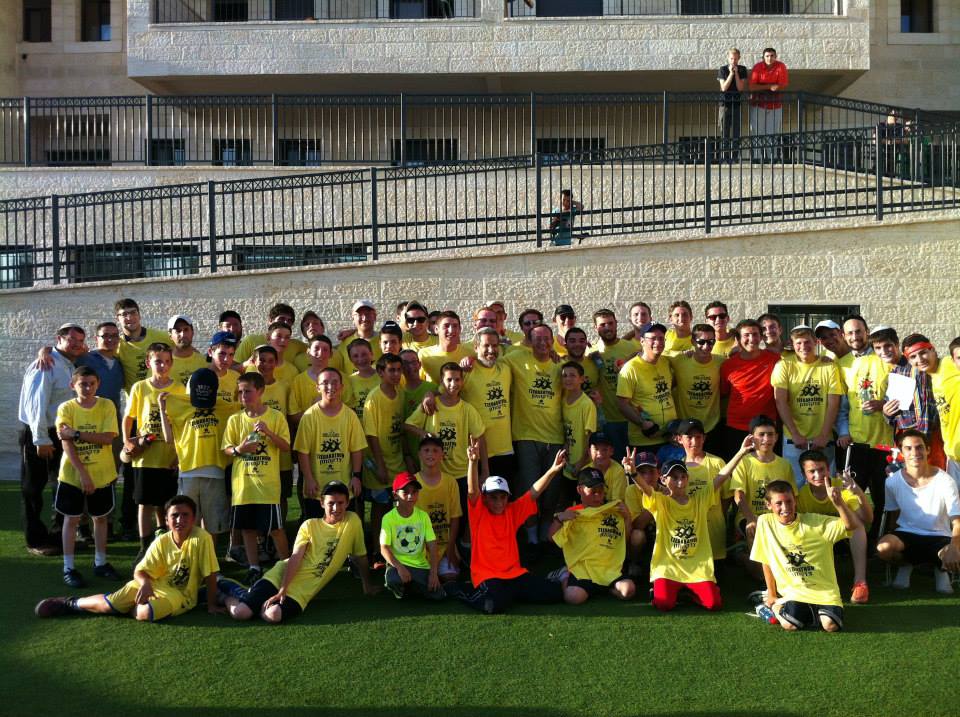 We were standing around the start line for the first Lev Hatorah Yeshiva + Lema'an Achai 6km run.

So I asked my son to hold my stuff for a couple of minutes, and I ran around the block a few hundred metres..and when afterwards I checked my pulse, it was still beating.

The race was the brainchild of Shlomo Frischman, a student at Lev Hatorah Yeshiva in Ramat Beit Shemesh.

Brightly clad in designer yellow tee shirts, some 80 runners were at the starting line, ranging from around 13 to 50 years old. There was a festive air with huddles of spectators and volunteer helpers.

The run initially took us down Ein Gedi St, and then up the steep hill of Tzeilim St. I managed to run most of the way up the incline to the junction, with the occasional slow down to walk...

I eventually did myself a deal, I'll run DOWN the hills, and solely make sure to keep moving (run, trot, walk, whatever) UP the hills.

Our efforts were boosted by the beeping drivers and encouraging bystanders; I was comforted by the hovering MDA ambulance.

The winner of the race was rising young star Binyamin Feldman aged just 14. Binyamin's a keen runner, including recently completing the Jerusalem 10K run in a very respectable time. Even before the start, Binyamin was optimistic about reaching the finish-line first. His parents Libby and Shaul were particularly proud of Binyamin's success in the Lema'an Achai 6km.

I was part of a small group of 40-somethings at the back.

After the finishing line, we were all rewarded with pizza and Ben & Jerry's ice cream.

Special kudos to Lev Hatorah leadership Rav Boaz Mori and Rav Daniel Hartstein - who both personally completed the run. And to Lema'an Achai's Rav Avraham Leventhal and Susan Hoffman who organized much of the logistics.

Well done also to the tens of volunteers who manned the junctions, handed out water bottles, and encouraged the runners onwards.

And most of all "yeshar koach" to the runners and their generous sponsors!

It was a very successful first event, the feasibility has been proven - and we are already looking forward to next year, with many more participants and sponsors!