When Nutty Doesn't Cut It 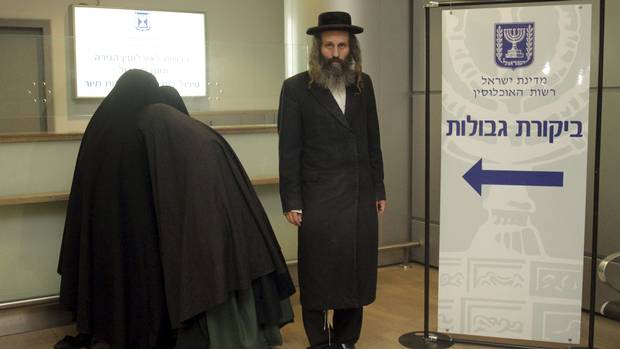 A family from Beit Shemesh was caught on the wrong side of the Jordanian/Israeli border.

This was no regular family, which perhaps took a wrong turn on a family hike and ended up over the often poorly marked international boarder line.

This family are members of the extreme Jewish cult "Lev Tahor". Lev Tahor is led by Rabbi Shlomo Helbrans (aka Elbarnes) and is based in a small village near Montreal in Canada.

This family, along with many of the members of Lev Tahor are balei teshuva, which is to say newly orthodox.  They previously hit the headlines in 2011 in Israel when they attempted to send two of their daughters, then aged 13 and 15, to Canada, only to have them forcefully returned to Israel by the Canadian authorities.

Allegations abound about nefarious activities in the insular cult, such as semi-starvation of members, forced medication/drugging, forced marriage of very young girls to much older men, and a strict regime of 'day long' praying. However, the most obvious aberration is the women's clothing - which consists of burkas, sometimes concealing 100% of their body and head.

The authorities in Israel, such as the Social Services are somewhat at a loss what to do about this and similar families.

The social workers are equipped with a check-list of criteria which can prompt intervention, such as when a child is in clear and current danger.

However, social workers who visited this family found all the children to be fed, well treated, healthy, educated and, well, fully functional.

It would seem there's no item on their check-list "belongs to nutty cult".

And therefore, despite consistent requests and pleas from their wider (secular) family, the Beit Shemesh social services have been unable and unwilling to intervene.

It's an interesting dilemma whether peculiar religious practises (where would you draw the line?) should be considered grounds for the state authorities to 'rescue' children from their parents?