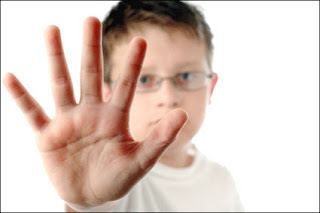 When I found out that Shlomi, my 9 year old son, had been abused, my whole world shattered and collapsed.

From the beginning of the year, Shlomi had been selected as one of the rebbe's favorites in the class. Shlomi was a part of an exclusive club, singled out for special attention, helped with homework after school, rides home in the rebbe's car, extra one-on-one help with schoolwork during recess. As parents, we received regular calls from the rebbe, not to complain about Shlomi (as other teachers had often done), but to patiently explain to us Shlomi's difficulties, and how these were being methodically and caringly addressed.
We were thrilled for Shlomi.
That's why we got upset when Shlomi was home so often with stomach aches, headaches, and other unverifiable ailments. Shlomi got behind with his studies, which the rebbe kindly offered to make up with him after school hours and without pay. The rebbe was such a tzadik.
But Shlomi even made a fuss about going to these tutorials. I literally had to carry Shlomi into the car to take him to the rebbe's house.
When Shlomi started bed-wetting, we were recommended by Shlomi's pediatrician to visit a child psychologist.
It came out in therapy that the rebbe had been molesting Shlomi for months.

Devastated, I reached for the phone, and called Magen…it was the best decision I ever made.

Magen spent over a year in research & preparation phase (2009-10). This included visiting most organizations in and several in the working with child abuse. In addition, extensive contacts and cooperation were made with Bet Shemesh social services (child protection), the Police as well as Mercaz Lynn. Mercaz Lynn in , provides a combination of services: police, medical services, legal services, and is the sole authority authorized to interview suspected victims of child abuse under 14 years old.

Magen has incorporated the information and strategies learned through these consultations into its innovative, unique approach to combat childhood sexual abuse in the community.
Last summer, 2010, Magen quietly opened its doors, to accept enquiries and calls for help from the general public.

The focus of Magen's activities is a unique four point program:

Regretfully, Magen's first year of activity in the field has been extremely busy...

Magen's original synopsis was that there is a lack of resources dealing effectively with child abuse in the community; this has been shown to have been accurate.

Magen's activities have provided assistance to literally dozens of victims of child abuse, and their traumatized families.