Katsav and the Balance of Fear 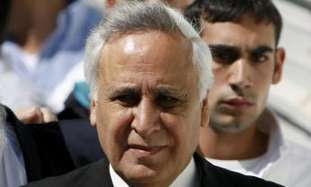 Abuse and sex crimes cases are vastly under-reported to the police. This is true of all countries and all communities.
There are numerous reasons for this, but a major factor is fear.
Abusers, by definition, are more powerful than their victims, and most victims are therefore too intimidated by their abusers to bring a formal report to the authorities. Indeed, in most cases, abuse and sex-crime victims do not tell anyone at all.
It is therefore noteworthy that ex-President Moshe Katsav, who was sentenced today to 7 years in prison for rape and other crimes, will also be spending some of his time in prison for these two crimes: witness harassment and obstruction of justice.
If reporting of abuse and sex crimes by the victims is going to become the rule, rather than the exception, then the balance of fear must change.
All abusers and all “enablers” (those who protect the abusers) will need to be more fearful of the law and the consequences of intimidating their victims, than their victims are fearful of their abusers.
The Katsav verdict and sentence are an important step to changing this balance of fear.
Today is a momentous day for justice in the State of Israel – giving strength to all abuse and sex-crime victims, and is a major blow to all abusers and enablers.
abuse moshe katsav