March 25, 2011
By Rabbi Dov Lipman
STORMIEST CITY COUNCIL MEETING IN YEARS
This week's city council was the most fiery the city has seen in many years.  It included the Mayor trying to have Tziyon Sultan, editor of the Keren Or newspaper, removed from the room and a group of Old Bet Shemesh residents disrupting the meeting numerous times until some of them were removed from the room.  Issues raised at the meeting included:

1. The municipality grants arnona reductions to 7,000 out of the 17,000 homes in the city.  While this is a high number, it has not been granting residents the full reduction allowed according to the Interior Ministry.  This policy has saved the city 1 million per year.  The Mayor wants to change this policy and provide the full arnona reduction according to the law.  The opposition protested that the only way the city could make up this loss of 1 million revenue would be through raising the arnona of others or through more parking tickets.  The motion passed despite the stormy debate.
2. Mayor Abutbol reported on his visit to the United States in which he met numerous leaders who he feels can help our city (No, not President Obama as was reported as a Purim spoof in the Chadash newspaper) and that he received a pledge to build a youth center on Rechov HaGefen.
3. City residents had filed a complaint because of a mistake in arnona collection in 2004.  The mistake was 4.8 million and an agreement was reached in which the municipality will pay back 2 million in the form of renovations and improvements to city shuls.  Councilman Shalom Lerner (Býachad) challenged this compromise since according to the documents, 1/4 of the 2 million is going to one specific shul in RBS Bet.  This led to numerous stormy exchanges during which the opposition members, especially Motti Cohen (Dor Acher), demanded that the money be returned to the residents who overpaid the arnona and not to those who didn't.  The compromise was accepted by a majority of the council.
4. The council voted not to allow private people to video the council meetings.  Councilman Motti Cohen and his brother, Dani, have been videoing every city council meeting - something which has enraged many council members.  The city attorney explained that it is within the Mayor's power to outlaw filming the meetings since the city, itself, tapes them.  Cohen and fellow opposition member Natan Sheetrit (Likud) vowed to continue the practice and challenged the police to come and stop them.
5. The agreement to build the new BIG.  (See the next story)
6. Deputy Mayor Meir Balayish proposed granting 3,000 NIS to soldiers who, after completing their army service, live in the city for at least half a year.  The program would serve as a way to entice young people to move to the city.  The proposal passed.
7. Controversy arose regarding the committee to choose the new head of education for the city.  Richard Peres (Labor), who holds the education portfolio, asked to be replaced on the committee - a very strange move.  Opposition members accused Peres of doing so to enable the committee to choose his close friend and confidant, Ronit Raanan, a well known educator in the city.  This, according to the opposition members, meant that a real search and interview process was not really being carried out and that the decision to hire Raanan was a fate accompli.  The move passed.
--------------------

NEW BIG TO BE COMPLETED IN 2012
The city government signed an agreement with BIG to move forward with the construction of the New BIG across the street from the current mall.  The plans, which include a massive traffic circle instead of the small one currently in place at the entrance to BIG as well as more parking in conjunction with the train station, now move on to the regional board for approval.  The agreement includes a provision that at least 20% of the store space must go to city residents who want to either move or open businesses in the new mall.  According to the current plans, the mall will be completed in 18 months.
--------------------------------------

TWO LOCAL REPS HEADING TO NORTH AMERICAN ALIYAH FAIRS
The city is sending two representatives this week to attend aliyah fairs throughout .  The head of the city's foreign relations department, Harley Stark, and city treasurer, Aryeh Bardugo (pictured), will travel to , , , and to try to convince potential olim to move to Bet Shemesh.  The cost for the trip is around $11,000 all together.
------------------------------

RONIT RAANAN NAMED AS NEW HEAD OF EDUCATION FOR BET SHEMESH
The committee to replace outgoing education department head Klemo Buznach, has named Ronit Raanan to the post.  Raanan has been serving as the head of the local Matnas network after years as an administrator in local schools.  She was number two on the Labor party list for the 2008 municipal elections.
-------------------------

CITY OFFICIALS BLAMED FOR BUS STOPS BEING REMOVED FROM BIG
Local student groups were stunned this week to learn that the decision to move bus stops from the bus stops outside of BIG to the ones up the block near Supersol Deal was not made by anyone in the Transportation Ministry.   During a meeting which students had with ministry officials, the students were told that the ministry would be thrilled to return the stops to BIG but that the city did not want it.  Students plan to take steps against the city for this decision but were happy that their efforts yielded fruit in terms of additional busses and better times for bus lines used by students - especially the 497.
----------------------------- 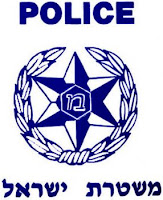 POLICE GIVE TICKET TO TZEDAKKAH ORGANIZATION FOR PURIM CARAVANS
Many city residents took note of the dangerous driving by a local tzedakah organization which took place around Purim.  Cars zoomed trough city streets with youth hanging out the windows, sitting in windows, and even standing on windows.  The police were called and wanted to issue numerous tickets and fines for the dangerous behavior.  City officials intervened and after a long give and take, the police issued just one ticket to the organization for passengers not wearing seat belts.
------------------------
TERROR ATTACK INJURES BET SHEMESH RESIDENTS

Wednesday's terror attack in took place right next to the bus stop for the 417 bus to Bet Shemesh and city residents were injured in the attack.  One is a 17 year old boy from Ramat Bet Shemesh Bet.  He suffered serious internal injuries. (Natan Daniel ben Shulamit).  The second is a Sheinfeld resident who was injured in another terrorist bombing a few years ago. (Sasson ben Shulamit).  The third is a girl from chutz laáretz who is studying in the Tzofiya seminary in RBS.  Many other local residents were nearby and had to be treated for shock.  Numerous residents and students were spared after they left on a 417 bus which pulled away from the stop just minutes before the explosion.
Bet Shemesh News