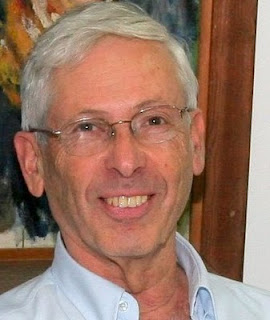 Begin's topic was "Developments in the Region".

Begin at first reviewed the situations in the existing Middle East democracies (aside from Israel); yes, there are such things.

Turkey - mature democracy, including National Constitution ("More than Israel has managed!" - he quipped), regular and fair elections, etc.
Ruled by the Islamic party ATK, and the vitriolic Prime Minister Recep Erdogan. They are leaning towards the Iranian + Syrian + Hamas axis, more strongly each day.

Lebanon - mature democracy, also with a National Constitution, regular elections et al.
Not currently ruled by anybody, due to Hizballa (was a major member of the governing coalition) breaking ranks. Iran, Syria and America (+ France?) vie for dominant influence.

Iraq - young democracy, also with Constitution, regular elections et al.
The Government held elections twice, but has staggered from coalition crisis to crisis, against a backdrop of domestic terror.

Begin highlighted the Muslim Brotherhood and the various spin off organizations which were poised to obtain either partial or even total control of these revolutions.

Conclusion - based on historical precedent, Begin concluded that there is little evidence that Arab/Muslim democracies will be any more "Western" in their values and policies, than the dictatorships they are replacing.

Perhaps even less so.... as the Muslim Brotherhood, and their brother Islamic Fundamentalist organizations throughout the Arab world, will take some or all power in these countries.

This is a cause for major concern in Israel.

And to those who say that these radicals will moderate, once they occupy the seats of authority - Begin reminded us that pundits had said the same regarding Hezbollah and Hamas, when they also chose to put on suits.

Begin also predicted that the chances of Israel reaching an agreement with the Palestinians (PA) in the current circumstance, was effectively zero.

So, whereas Begin did not share any privileged information with his audience, his talk did throw pretty cold water on anyone who might be tempted to celebrate the shaking off of tyrannies throughout the Arab world.
Benny Begin Hesder Yeshiva Bet Shemesh