Mayor Abutbol celebrated the addition of 5 new coalition members last Motzei Shabbat.  This was a political victory beyond just the size of his coalition (16 members) because he succeeded in breaking apart all of the opposition parties.  Irit Marciano of Likud separated from Likud's other council member, Natan Sheetrit and joined the coalition in return for the city worker portfolio.  Jacky Edri and Ilana Yarcho of Býachad separated from Shalom Lerner in return for land for a hesder yeshiva, a shul for Nofei HaShemesh, control of the dati chinuch and youth movement portfolio, money for marketing dati communities, a member on the Matnas committee and the city's religious council, and money for women's activities.  Stella Walter and Alex Shleptzinko of the Russian party, Mishpacha Achat, joined together in return for the absorption portfolio.  Motti Cohen of Dor Acher separated from Meir Balayish in July 2009 leaving the opposition with 3 members from 3 different parties.
A few quotes related to this new development:
Mayor Abutbol:  "This is an important and historic night...Tonight I declare that Bet Shemesh is not a chareidi city.  The new makeup of the coalition is a step towards the positive and eclectic development of the city."
Jacky Edri: "I hope this will be a successful merger and we will actually achieve that which is in the agreement and even more."
Irit Marciano: "We went through a difficult two years...I hope we can fulfill even a little of our hopes."
Stella Walter: "We made a very difficult decision and we hope the coalition will bring success with the fulfillment of its promises."
Shalom Lerner: "It could be that each person who joined gained something personal or some funds for his individual community in the short term but Bet Shemesh lost in the long term...We in the opposition will give hope to the majority of the city's residents who want us to stand guard against the current corruption and improper city management."
Natan Sheetrit: "Time will tell if this was a good step for Bet Shemesh or not...We in the opposition have only what is best for the general population in mind and will continue to work together for the general good of the city."
Motti Cohen: "This is a shame and disgrace...The Mayor looked to buy off the weak links of the opposition...The same person who did not keep to his original agreements will not keep to these new ones either."
------------ 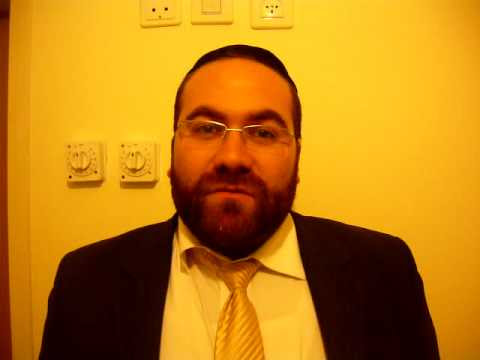 FACEBOOK THREAT AGAINST CITY COUNCILMAN?
A local resident posted the picture above showing city councilmen at the new coalition signing ceremony.  Someone then posted the following response to the picture: "This Moshe Montag - we must put a bullet in his head."  Moshe Montag (pictured) is the city councilman from Degel HaTorah who holds the construction portfolio and who announced in a public magazine last week that the 20,000 housing units he wants to build in Ramat Bet shemesh gimmel, dalet, hei, and vav will be for chareidim alone.  The college aged residents of Bet Shemesh wrote a scathing response to Montag's plan which included their drive to stop Montag and to work to open new neighborhoods to young secular and dati couples.  Montag commented that even if it was written as a joke, history has shown that jokes can lead to horrific actions.  An opposing city councilman was listed as one of this responder's Facebook friends and he immediately made contact with the youth about the seriousness of what he wrote.  The response has since been removed from the page.
-------------- 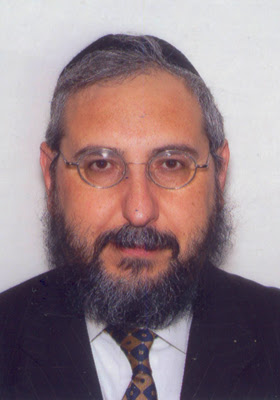 MK HAIM AMSALLEM TO SPEAK IN BET SHEMESH
Rabbi Haim Amsallem,  Knesset Member from the Shas party, has been in the news recently because of his strong stance regarding the need for chareidim to be trained for work and to support their families.  Additionally he supports leniencies with the conversion process for Israeli soldiers who have a Jewish father or grandfather.  He will be speaking at Bet Midrash Torani Leumi (Rabbi David's shul) on the corner of Reuven and Asher in Sheinfeld, this coming Wednesday, January 19, at 8:00p.m.  The presentation will be in easy to understand Hebrew to enable Anglo olim to benefit from the speech.  The speech will focus on the Torah sources for these two issues and the actions Amsallem plans to undertake to move forward with both initiatives.  Everyone is encouraged to attend.
-------------

MURDERER HIDES IN BET SHEMESH
Authorities uncovered a horrible story this past week in which a resident killed his wife.  Where was the murderer found?  Hiding in the Bet Shemesh area!  Concern over crime in the area has grown in recent months.  I (Dov) am happy to report that I had a very productive meeting with the aides to Public Security Minister Yitzchak Aharonovich in response to the petition signed by 1,500 city residents.  We hope to have some concrete action items to announce in the coming weeks to help deal with the recent increase in crime along with the problem of illegal workers in the area
-------------------------
TRAINS TO RESUME IN ONE WEEK
Trains will begin running again from the Bet Shemesh station next Motzei Shabbat, January 22.
------------------------- WIDENING OF ROAD 38 WILL BEGIN
Signs indicating the official beginning of the process to widen road 38 have been placed throughout the sides of the road from Shaar Hagay to Moshav Nocham.  This begins the period of time in which citizens can register objections to the process which means that actual work cannot be too far off in the future.  The section of the road south of Moshav Nocham which will include an overpass where the train meets the road is not as far along since it includes a partnership between the transportation ministry and the Bet Shemesh municipality and all details have yet to be worked out.
------------------

Breaking The Silence - Child Abuse in Our Community
A public awareness evening will be held with Dr. David Pelcovitz, world renowned psychologist, speaker and author to include a moving, firsthand account by an abuse-survivor, and an introduction to "Magen", the new Bet Shemesh Child Protection organization.
The evening will also include a questions & answers session with Dr Pelcovitz.  Dr Pelcovitz is Strauss Chair in Psychology & Jewish Education at ; Director of Psychology at .  Dr Pelcovitz has recently published a ground breaking book "Breaking The Silence - Sexual Abuse in the Jewish Community".
Sunday 16th January, 8pm. at the Genesis Hall, Reishit Yeshiva   Light refreshments served.
Entrance is free  Donations to Magen are appreciated.
Further information: MagenProtects@gmail.com
----------------------

NEW RESIDENT CARDS AVAILABLE THIS SUNDAY
The city government has arranged for "resident cards" as part of its celebration of the city's 60th anniversary.  These cards will provide local residents with discounts at numerous local stores and cultural events.  The first 6,000 cards distributed will be free and after they are used up, the cards will cost 12 .  Cards will be distributed this Sunday at City Hall beginning at 9:00a.m. and at the entrance to BIG beginning at 3:00p.m.
---------------

CONTRACTOR AWARDED NEW
The "Shikun U'binuy" construction company, owned by Shari Arison, has been awarded the project of constructing the new police academy in the city's western industrial zone.  Construction on the 250 dunam project is expected to take 3 years.  Once completed, 8,000 police officers will come to study there daily, with 1,000 living on the campus.  The city plans to build a neighborhood to house those affiliated with the police academy.  That neighborhood will be built close to the city soccer field near 38 and Cafe Cafe.
Bet Shemesh