Of Tarts and Rapists

November 28, 2010
Two high profile cases in have spotlighted the issue of proving sex crimes.
Judging such cases is a challenge which has existed for thousands of years, and is discussed in the week’s Torah portion (Vayeshev).
Major General Uri Bar-Lev is a top candidate to be ’s next Police Commissioner, the top dog in the Police hierarchy.
This career move has been challenged, and probably successfully torpedoed, as a result of allegations against Bar-Lev of sex crimes, brought by two women, one of whom has gone public – Dr Orly Innes.
Lurid narratives have been published pointing to Bar-Lev’s alleged rape of Dr Innes, and of a still-anonymous second woman (“M”). On the other hand, Bar-Lev’s defenders have alleged these relationships were consenting – indeed a ménage a trois. 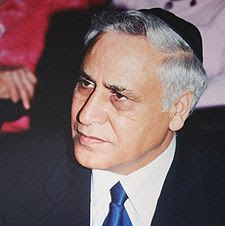 Meantime, the spotlight is also returning to the lingering case of ex-President of , Moshe Katsav.
After two years of scandal and allegations, Moshe Katsav's trial on two counts of rape and other sexual offences took place between August 2009 and June 2010 – charges which Katsav strenuously denies - and the verdict is due to be issued at the end of December.
The pattern of these and many other cases involving allegations of sex crimes is, in a word, messy.
She calls him a rapist, he calls her a tart.
These alleged offenses are almost exclusively unwitnessed except by the two parties. To make matters messier, they are usually within a context of a broader relationship – professional, social, even romantic.
There is scarcity or total absence of physical evidence of a crime.
In the Bar-Lev case, polygraph lie detectors have been used to try to unravel the truth from the lies. It is reported that Dr Innes was found to be telling the truth, and Bar-Lev failed his lie test. But these polygraph techniques have a poor record for reliability, and are therefore usually not acceptable as evidence in court.
I noticed we have two such cases in this past week’s Torah Portion, Vayeshev (Genesis 37-41). 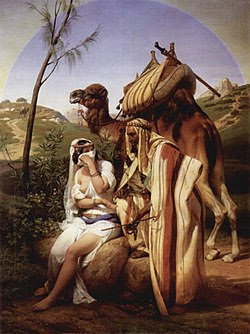 We have the story of Yehuda and Tamar (Genesis 38:1-30), where Tamar deceives Yehuda (her father in law) into having sexual relations with her, by dressing herself as a prostitute and seducing Yehuda. Yehudah impregnates Tamar. When the pregnancy is revealed, Yehuda publicly declares Tamar a tart, and orders her to be burnt to death.
Tamar reveals physical evidence of her liaison with Yehuda, consisting of Yehuda’s personal objects he had deposited with her.
Tamar pleads for Yehuda to come clean, and to save her life and that of their child. Yehuda indeed does come clean, and confesses that the objects are his, and that he is therefore the father. Tamar’s life is saved, and the line of Messiah is preserved.
Were the case to have been heard by a court, however, these personal objects would not actually prove that Yehuda was the father of Tamar’s child. Circumstantial, at best. For all anyone knew, Tamar was a common thief who had simply stolen Yehuda’s possessions. And the dressing-up-as-a-tart story which Tamar would have testified to, including that her own father-in-law, her client, didn’t recognize her, would have sounded unconvincing to a jury.
I therefore think that a jury judging the Yehuda vs Tamar case, would have convicted Tamar – rather than Yehuda. 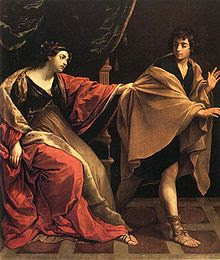 Next scene (39:1-20), Joseph is a slave in Potiphar’s house.
Mrs Potiphar is taken by Joesph’s (apparently manicured) good looks and, on a day when the house is empty, Mrs P tries to seduce Joseph. Joseph rejects Mrs P’s advances, and runs away, leaving his cloak behind. Mrs P screams out that Joseph tried to rape her, and she uses the left cloak as evidence.
Potiphar orders that Joseph be imprisoned – with no mention of any trial, nor even a term to the sentence.
It would be interesting to speculate how Joseph’s trial may have looked, had there been one. She calls him a rapist, and he calls her a tart. (We’ve heard those kind of stories before and since). Mrs P had the cloak. She has high ranking character witnesses. And there’s plenty of statistics highlighting the unlikeliness of a female attempting to rape a male. Particularly an aristocratic lady, against a foreign slave.
I surmise that most juries would side with Mrs P, and Joseph would indeed have gone to jail on charges of attempted rape.
We see in these four cases (Bar-Lev, Katsav, Tamar and Mrs Potiphar), and indeed most sex crime allegations, that the basic facts are usually very unclear, and can even be misleading. Did He? Didn’t He?! is usually a question of probabilities, of muddy waters, rather than absolutes.
The job of investigating and judging these cases is, thankfully, in the hands of the police and courts – rather than by arm-chair juries reading various incomplete versions of the story in the newspapers, watching their TV, or reading this blog.
moshe katsav sex crimes uri bar-lev