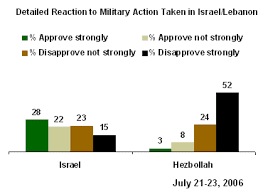 CITY WIDE POLL RESULTS
The local magazine, Shopping Mekomi, commissioned a poll to get a sense for the city's satisfaction with the local government upon the completion of Mayor Abutbol's second year in office, with an eye towards the elections in 3 years as well. The questions were asked to samples in all of the city's communities. The following is a brief summary of the results:
1)Are you satisfied with the education in the city:
Not satisfied at all - 15 % Satisfied - 6.7%
Not satisfied - 21.7% Very satisfied - 10%
Somewhat satisfied - 46.7%

The weekend burglaries in Bet Shemesh institutions continued with the RBS Matnas and Beit Sefer Ahavat Yisrael last week and Tipat Chalav Eden in RBS and Bet Sefer Adayahu this past week.  The burglars broke locks and vending machines, went through many drawers and stole money at Ahavat Yisrael while also walking away with money and leaving behind damaged equipment and doors at the Matnas.  The Tipat Chalav and Adayahu are protected by security companies who responded immediately to the break in and the burglars ran off immediately before causing any damage.
I have started a petition which we are sending to the Prime Minister and the Minister of Internal Security demanding that the government provide the Bet Shemesh station with more officers and cars since the chief has openly said that his current number of officers and cars are not enough to tackle the recent crime wave.  Please go to http://www.atzuma.co.il/betshemeshpolice  to sign the petition.
---------------------------------------

The thief who posed as a person working for the water company was apprehended by police in Modiin.  The man, who robbed houses throughout Bet Shemesh in broad daylight after being let freely into homes, was transferred to the Bet Shemesh police and numerous victims identified him in line ups.  He is being held in jail throughout the judicial proceedings against him.
-----------------

KLEMO BUZNACH RESIGNING
Klemo Buznach, who has served as the head of the education department in Bet Shemesh for the last 13 years is resigning from his position.  The resignation will go into effect at the end of March, at which point the search will begin for a new department head.
-----------------

PETITION REGARDING TRAIN PARKING
A petition has been started to confront the lack of parking at the Bet Shemesh train station.  It calls for Mayor Abutbol to find a solution to the problem and for the owners of BIG to allow train passengers to park in the BIG parking lot.  It also calls out the city for finding a way for the circus to take place in the lot where the new BIG will be built but not allowing parking there.  The petition will be available for signatures at the train station itself in the near future.
----------

GATHERING FOR GABBAIM AND LEADERS OF INSTITUTIONS
The city's religious council has organized a gathering for all shul gabaim and leaders of religious organizations.  The event is taking place on Thursday, November 25 at 6:45p.m. in the Chesed L'Avraham hall at Sfat Emet 1.    If you did not receive an invitation and want to attend, you can fax the shul/organization name, your name, and your mailing address to 999-4935 and an invitation will be mailed to you.

OLD BET SHEMESH RESIDENTS TO PROTEST
Residents of the Rechov Hagefen neighborhood of Bet Shemesh, including hundreds of Ethiopians, will be protesting at this coming Sunday's city council meeting to demand that the Mayor spend money on improving their quality of life.  The national government has sent 18 million NIS to the city to spend on older neighborhoods in return for the construction of RBS Gimmel and these residents want to make sure that the money is used for its designation.  They welcome the support of residents of other neighborhoods outside City Hall this coming Sunday at 5:30p.m.
Bet Shemesh