Why You Didn't Know Maj.Hasan is a Palestinian Terrorist 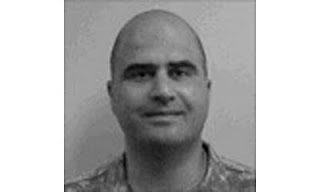 If his name was Major Smith, you probably wouldn't know he was a Muslim.

But he was called Major Nidal Malik Hasan, so everyone knew within minutes that the murderer of 13 US soldiers in Fort Hood Army Base, is a Muslim. That he was shouting the terrorist/jihad war-cry "Allah Akbar" while murdering his victims, was also something of a give-away.

However, senior US Army officers are downplaying the significance of Hasan's Muslim faith, including Chief of Staff Gen. George Casey who cautioned against linking the murders to the perpetrator's faith "We need to be very careful about that...the speculation could lead to backlash against some of our Muslim soldiers" adding "our diversity gives us strength".

Americans I spoke with this week were unaware that Maj. Hasan is not simply a Muslim, or even "a Jordanian" (as has occasionally been reported) ... but that he is a Palestinian.

This is because neither the Army, nor the Government, nor the US Press have described Hasan as a "Palestinian". Much less "A Palestinian Terrorist".

Hasan's parents emigrated from a Palestinian village in the West Bank to Virginia, and to this day Hasan (although he was born in Virginia) described himself on the Mosque register where he attended as being "Palestinian". Hasan's brother Anas Hasan returned from the USA to Ramallah in the West Bank, where he now lives with various cousins.

The US Army are bending-over-backwards to avoid acknowledging that Hasan is a Palestinian terrorist, pointing instead to the work-related stress Hasan was under giving therapy to traumatized soldiers, and Hasan's personal concerns about being posted to Iraq or Afghanistan.

The US Forces and Government have a lot to lose by calling a spade a spade in this case.

It is a major blow to US Army prestige that a Palestinian terrorist has successfully infiltrated the US Forces, and then carried out an effective terror attack upon US troops, in a US Military Base, on US soil. We are not talking putting a bomb on a bus, a train or in a restaurant. Fort Hood Army Base is no "soft target" by any definition. And the resultant kudos to the terrorists is (regretfully) enormous.


Furthermore, behind Gen. Casey's absurd plea not to draw a link between this attack, to the Muslim origins of the perpetrator, is also a concern about the consequences of setting new criteria for re-screening every Ahmed, Mohammed and Hasan as a potential security risk. As a 5th column. As a potential traitor...will cause ripples throughout the armed forces.

Indeed, right to the very top.

Even the US Commander-in-Chief.

No-one would suggest that Obama is a 5th Column. Or has dual loyalties. Or that Barack Hussain Obama's policies of 'engagement' with Iran, Syria and their ilk, the worlds most extreme Islamisists, may compromise US security.

But the process of re-screening the President of the USA, according to a new security risk profile arising from the Hasan attack, could be, urrr…awkward.


It would be so much more convenient if Major Hasan had been called Smith.