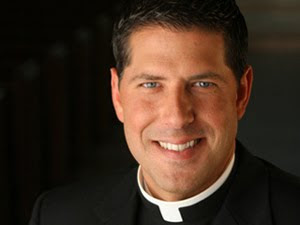 There is a most amazing report now available on-line, which documents the performance of the Catholic Church in in responding to complaints of clerical sex abuse of children.

The Dublin Archdiocese Commission of Investigation was established to report on the handling by Church and State authorities of a representative sample of allegations and suspicions of child sexual abuse against clerics operating under the aegis of the Archdiocese of Dublin over the period 1975 to 2004.

It follows parallel reports by the Attorney General for about sex abuse in the Catholic Church in , and the Ryan Report about Children’s Homes in .

The investigative committee worked through over 100,000 pages of records and documentation, and was delayed by a senior priest suing the commission in order to impede their work. The investigation cost the tax payer over 3 million euros. It was completed in July 2009.

It’s a damning report of denial, cover-up and protecting the Church - at the expense of children.

The Archdiocese’s pre-occupations in dealing with cases of child sexual abuse, at least until the mid 1990s, were the maintenance of secrecy, the avoidance of scandal, the protection of the reputation of the Church, and the preservation of its assets. All other considerations, including the welfare of children and justice for victims, were subordinated to these priorities. The Archdiocese did not implement its own canon law rules and did its best to avoid any application of the law of the State.

In 1994 the controversy and drama surrounding the exposure of the Fr Brendan Smyth case in 1994 brought clerical child sexual abuse to public attention. At that point, the response to the public outcry by officials from the Church was that they were on a ‘learning curve’ about the existence and nature of sex abuse in the Church. A claim the Commission found to be false and duplicitous.

The Commission lists numerous specific cases of alleged child abuse and details the formidable qualifications, in law and social work, held by leading members of the diocese who had been informed of the allegations. In addition:

The taking out of insurance [in 1987] was an act proving knowledge of child sexual abuse as a potential major cost to the Archdiocese and is inconsistent with the view that Archdiocesan officials were still „on a learning curve‟ at a much later date, or were lacking in an appreciation of the phenomenon of clerical child sex abuse.

Consistent with other reports about the phenomenon of child abuse, the report confirms the relatively low number of children/adults lodging a complaint, for each act of child abuse found to have been perpetrated.

For example, one priest admitted to sexually abusing over 100 children, while another accepted that he had abused on a fortnightly basis during the currency of his ministry which lasted for over 25 years. [Yet] the total number of documented complaints recorded against those two priests is just over 70.

And the commission found one solitary case of a clearly fabricated complaint against a cleric.

It is noteworthy that, whereas the statistic of three cases of girls are sexually abused for every two abused boys, in the general population, this commission discovered: Substantially more of the complaints against clerics relate to boys – the ratio is 2.3 boys to 1 girl.

There are even substantiated concerns that pedophile clerics cooperated with each other for the purpose of  carrying out sexual acts with children. For example

When Fr Loannes was being investigated for the abuse of a young boy, Fr Boland, who was not a priest in the diocese at the time, turned up at the young boy’s home offering comfort and took the opportunity to abuse the young boy himself.

The Commission was also required to break through an ages-deep tradition and culture of secrecy in the Catholic Church.

Most officials in the Archdiocese were greatly exercised by the provisions of canon law which deal with secrecy. It was often spoken of as a reason for not informing the Gardaí [Irish police] about known criminal offences.

……As can be seen clearly from the case histories, there is no doubt that the reaction of Church authorities to reports of clerical child sexual abuse … was to ensure that as few people as possible knew of the individual priest’s problem. There was little or no concern for the welfare of the abused child or for the welfare of other children who might come into contact with the priest. Complainants were often met with denial, arrogance and cover-up and with incompetence and incomprehension in some cases. Suspicions were rarely acted on. Typically complainants were not told that other instances of child sexual abuse by their abuser had been proved or admitted. The attitude to individual complainants was overbearing and in some cases underhand.

The acts of secrecy including reshuffling the cards, by posting alleged pedophiles to new diocese, without informing the authorities there of the background of the cleric.

Interestingly, the report also touches on the ‘inappropriate’ contacts between “devout” members of the Gardai/Police with members of the Church; which seems to have amounted to unofficial complicity by some police officers with protecting members and the institution of the Church.

The report does have some happier news, which is that since the recent exposure of clerical sex abuse of children by clerics, improvements have been made, including that all allegations of such abuse are now systematically referred by Catholic Church officials to the Police, who presumably have ceased to be complicit in Church policy of covering up crimes. .

Its lessons should be read, learned and acted upon, even outside of the cloisters of the Dublin Archdiocese.