Mazal Tov to the Children of Israel

November 19, 2009
Three year old Michal arrived at the hospital unconscious after having suffered extreme physical abuse at the hands of her uncle. During her three years she was severely beaten, burned and sexually abused. Michal died in the hospital after five months in a coma. During her three years of torture, nobody knew what was happening. Nobody heard anything. Nobody saw anything. Not family, not neighbors, not friends. Nobody said a word. As a result of this case, the Israel National Council for the Child initiated legislation – the Mandatory Reporting Law – requiring the reporting of any suspicion of abuse to the police or social services.

(From the Israel National Council for the Child). 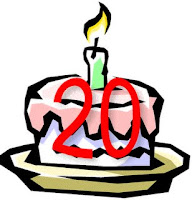 The Mandatory Reporting Law (1989) in is stricter than equivalent child-protection legislation in many other countries.

The definition of "suspicion" is rather ambiguous ("basis lechashash"), which can be a two-edged sword. On the one hand a non-compliant party could argue that without "sufficient" evidence, they were not obligated to comply. However, the authorities could argue that even a whiff of suspicion renders a citizen obligated to report – and punishable if he doesn't.

The only legally authorized parties to accept a report of child abuse in are the Child Protection Officer of the Social Services and/or the Police. The difference between the two is that the mandate of the Child Protection Officer is to serve the best interests of the child, whereas the police are mandated to prevent crimes and arrest perpetrators. They are not necessarily the same function, for example the social services can elect that for them to report the complaint on to the police is not best for the child. However, that is THEIR decision, and not the citizen's!

In short, whether you are a kid, a neighbor or family, or a school principle, social worker, doctor or rabbi, who reckons something abusive might be going on  – you are obligated to report your concerns directly to either the Child Protection Officer of the City Social Services Dept (ask for "pkidat tzaad") or call your local police department. "Miyad"- immediately.

So, Mazaltov to the Children of the State of Israel - on the 20th Anniversary of having your protection  instituted in the law.